Katie Darling is running against Rep. Steve Scalise in Louisiana.

Katie Darling was seven months pregnant with her second child when she decided to run for Congress, a decision she says was forged by the Supreme Court's ruling in June to overturn Roe v. Wade, the 1973 ruling that guaranteed a constitutional right to abortion.

Now, one month ahead of Election Day, Darling, 36, has gone viral with a campaign ad that features footage of her son Ollie's birth.

Darling, who is running as the Democratic candidate in Louisiana's 1st Congressional District , told “Good Morning America” that she wanted to show the very personal footage of her son's Sept. 14 birth to shine a spotlight on her support for a woman's right to choose.

“I wanted to share that as the person in the hospital bed, I should be the one making decisions about my medical care, not somebody in D.C., or in Baton Rogue,” said Darling. “Sharing that kind of intimate moment I think helps communicate how private that is and how legislators should not be in that room with me.”

Darling, of St. Tammany Parish, said the clips of her in the hospital giving birth are also intended to show “how serious pregnancy really is.” 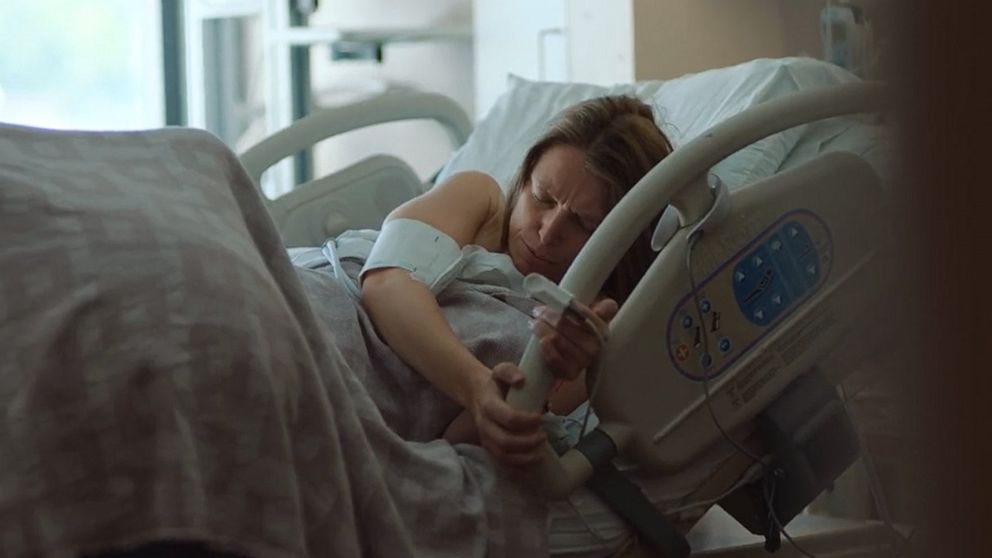 Katie Darling, a Congressional candidate from Louisiana, included footage from the birth of her son in a campaign ad. Katie Darling

“We see these personal moments in my life so that folks connect to the reality of this very serious medical event,” she said. “In my case, I'm grateful that it was successful birth, but we were prepared for anything when we went into the hospital room. It could have gone a million different ways. And while my birth was a success three weeks ago, there women around the country who had difficult births. There are women around the country who didn't leave the hospital.”

Louisiana was one of just three states to have immediate trigger laws restricting abortions set to go into place following the Supreme Court's decision. These laws include “trigger language” designed to make them effective once federal abortion rights were reversed.

The first of Louisiana's trigger laws was passed in 2006, stating that abortion under all circumstances, except certain medical circumstances, would become criminal offenses.

In June, in anticipation of the Supreme Court ruling, a second trigger law was signed, adding a statement directly relating to the overturning of Roe v. Wade.

A third trigger law was enacted just days later, banning abortion after 15 weeks of gestation, as opposed to the first and second bans on abortion at any point. The three bans also all differ on their penalty provisions. There are no exceptions for victims of rape or incest.

Darling said that after Roe v. Wade was overturned, she was concerned about what could happen if she faced a medical complication and her doctors were restricted in how they could treat her and her baby.

“I became really terrified just living inside of the state with doctors not knowing what their new parameters are and having to double check with lawyers and getting second opinions,” she said. “I didn't want to find myself in that emergency situation, with the medical field being confused about the new laws and conflicting communication about legislation.”

Louisiana has a maternal mortality rate that “exceeds the national average,” putting it at 47th out of 48 states, according to a 2019 report from the Louisiana Department of Health.

The state has also has the nation's fifth highest infant mortality rate, and the rate of deaths among both infants and women of color is disproportionately high, according to the report.

MORE: Young women are angry about abortion rights, but will they tip the midterm elections?

In August, New Orleans Public Radio reported that all three remaining abortion clinics in Louisiana were relocating to other states.

In her campaign ad, Darling calls the state's abortion ban “one of the strictest and most severe in the country,” saying, “We should be putting women at ease, not putting their lives at risk.”

Her position on a woman's right to choose, according to Darling, comes in part from her own experience of carrying two high-risk pregnancies. 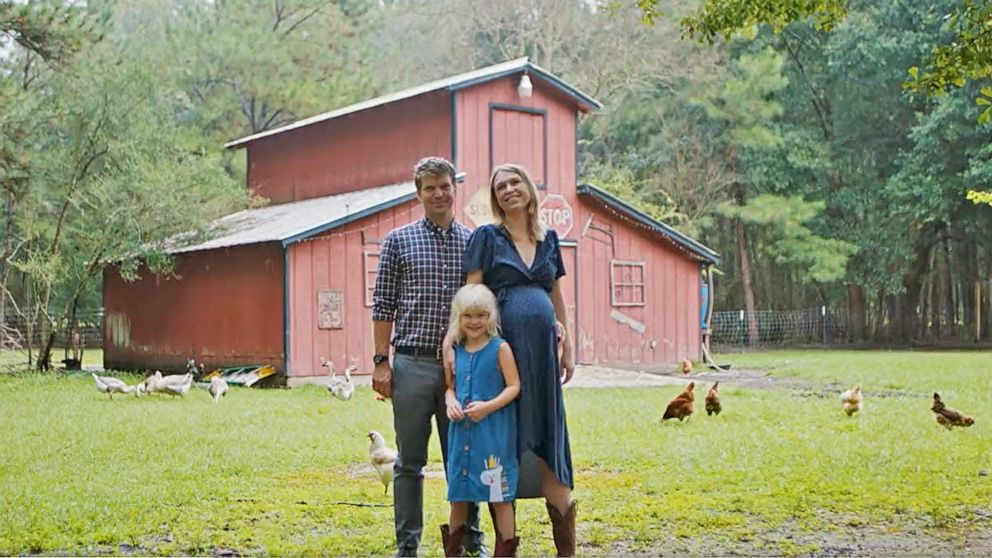 Katie Darling, a Congressional candidate from Louisiana, poses with her husband and daughter in a campaign ad. Katie Darling

Darling said that during her second pregnancy, what she saw as the threat to her own health care led her to seriously consider moving out of Louisiana with her husband and their 6-year-old daughter.

She said she decided to stay and run for office instead to create change.

“I thought through it and thought, if we don't do the work to protect reproductive health now there will not be places to move in the future,” said Darling. “We have to find common ground on this issue on a national level, and pass national legislation that protects everybody in the country, so that we're all safe.” 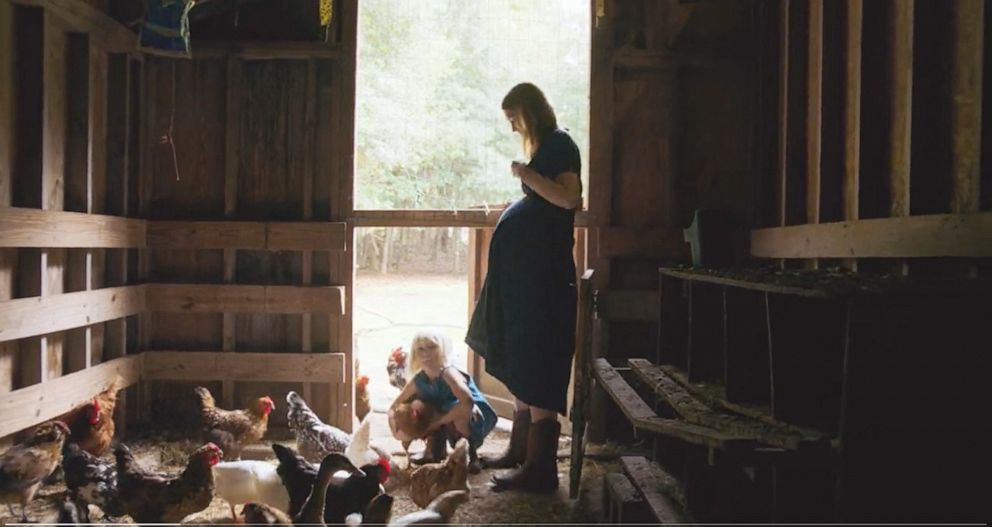 Katie Darling, a Congressional candidate from Louisiana, poses with her daughter in a campaign ad. Katie Darling

Darling, who works for a technology company that builds software for school nurses and mental health counselors, is running as a first-time candidate against incumbent House Republican Whip Steve Scalise.

Scalise touts his anti-abortion record on his congressional website, noting he is a member of the House Pro Life Caucus and has a “100% pro-life voting record with the Louisiana Right to Life Federation.”

In the wake of the Supreme Court's ruling on Roe v. Wade, Scalise vowed in a statement to “continue our work in legislative bodies to encourage a culture that protects life.”

Darling's campaign against Scalise is considered a longshot in a heavily Republican district that has reelected him to the seat since 2008.

Scalise, whose campaign did not respond to a request for comment, won 72% of the vote in the 2020 election and has raised more than $51 million this cycle, according to an Oct. 6 email from his campaign.

Darling said she is running despite the odds because she felt the issue of abortion is “too important not to speak up.” 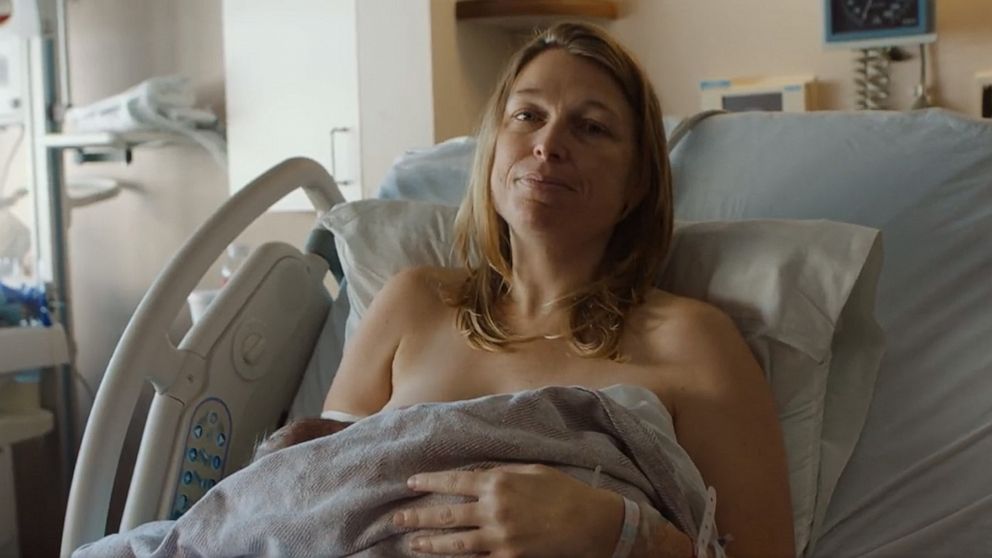 Katie Darling, a Congressional candidate from Louisiana, included footage from the birth of her son in a campaign ad. Katie Darling

“A lot of folks' voices aren't being represented,” she said. “And I wanted to give them an option on Nov. 8 — a pro-choice option, somebody that they could vote for that could represent them.”