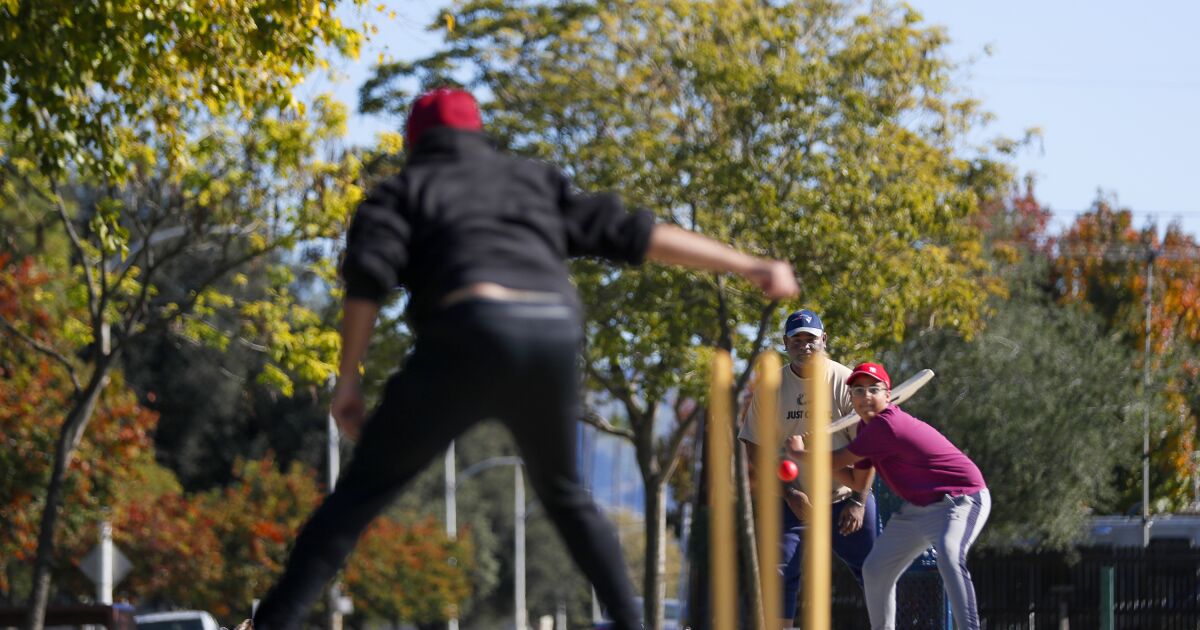 A cool air mass moving through the Southland this week is expected to deliver gusty winds, subfreezing temperatures and a potentially significant storm system by week’s end, the National Weather Service said.

Temperatures on Monday dropped about 10 to 15 degrees from the day prior, with highs in downtown Los Angeles likely to top out around 64 degrees, according to Ryan Kittell, a meteorologist with the National Weather Service in Oxnard.

That forecast prompted the Los Angeles County Department of Public Health to issue a cold weather alert, warning of wind chill temperatures below 32 degrees in several areas, including the Santa Clarita Valley through Wednesday, Lancaster through Thursday and Mt. Wilson through Friday.

“Children, the elderly, and people with disabilities or special medical needs are especially vulnerable during cold weather,” said Muntu Davis, L.A. County’s health officer. “Extra precaution should be taken to ensure they don’t get too cold when they are outside.”

The health department advised residents to dress in warm layers, bring pets indoors and check on family members, friends and neighbors with limited mobility and limited access to heat. People should not use stoves, barbecues or ovens to heat their homes due to the risk of carbon monoxide poisoning, Davis said.

Multiple wind advisories are also in effect across the region through Tuesday, including portions of the Antelope Valley and the mountain areas of Santa Barbara, Ventura, Los Angeles, San Bernardino, Riverside and San Diego counties, where gusts of up to 55 mph are possible, according to the weather service. Some areas may see scattered rain and snow.

Kittell said a “significant storm system” is expected to arrive on the heels of the cold air mass by week’s end, likely moving in late Thursday and into Friday.

“We’re looking at pretty widespread rain — 1 to 2 inches — and then up in the mountains closer to 4 inches,” he said.

The forecast may change in the coming days, he noted, “but it does look like a pretty potent storm.”

Memphis Police announced the deactivation Saturday, saying the officers assigned to the unit agreed with the move.

Dallas students, teachers and visitors can no longer access TikTok from school district devices and networks. In a Friday letter to families, chief of school leadership Tiffany Huitt said the move is in response to cybersecurity concerns. “Experts believe the cybersecurity risk stems from the belief that TikTok’s parent ...

Police in south suburban Oak Forest are investigating after a 17-year-old boy was found shot to death Saturday, authorities said. At an unknown time, officers responded to the 15500 block of Cicero Avenue in regard to a shooting victim. Arriving officers found a teen who had been shot in ...

Ford makes some of world’s the best-selling trucks. The F-Series models outsold every other pickup stateside in 2022, with more than 650,000 units delivered. Two other Ford trucks made the top 15: the Maverick (at 10) and the Ranger (at 11). The latter sold over 57,000 units last year, making ...


View more: The American 2024 Ford Ranger Is Different From the Global Model

When it comes to the Royal Rumble, it’s quite clear that anything can happen. This electrifying pay-per-view brawl is one of the WWE’s most iconic events, and for better or worse, all the wrestling promotion’s heavy-hitters will be there tonight to throw down. Past stars will occasionally return to the ...

Michigan head coach Jim Harbaugh. The Denver Broncos’ coaching search appears to be in an uncertain spot, and it may have led them back to a candidate who was seemingly out of the picture already. Denver7 insider Troy Renck said he believes, based on speaking to sources, that the ...

1/28/23 If you ask any New York Yankees fan which players they wouldn’t want to see penciled into the 2023 Opening Day lineup, the answers would very likely be Aaron Hicks and Josh Donaldson, veterans who are currently the source of plenty of Yankees trade rumors. Hicks and Donaldson ...

How Do Long-Haul Cabin Crew Relax On Aircraft With No Dedicated Rest Areas?

Report: NWSL to expand in Boston, Utah and California

Kari Lake Wants the RNC to Float Her Legal Bills

Katy Perry said she declined to work with Billie Eilish because she thought her song 'Ocean Eyes' was boring: 'Huge mistake'