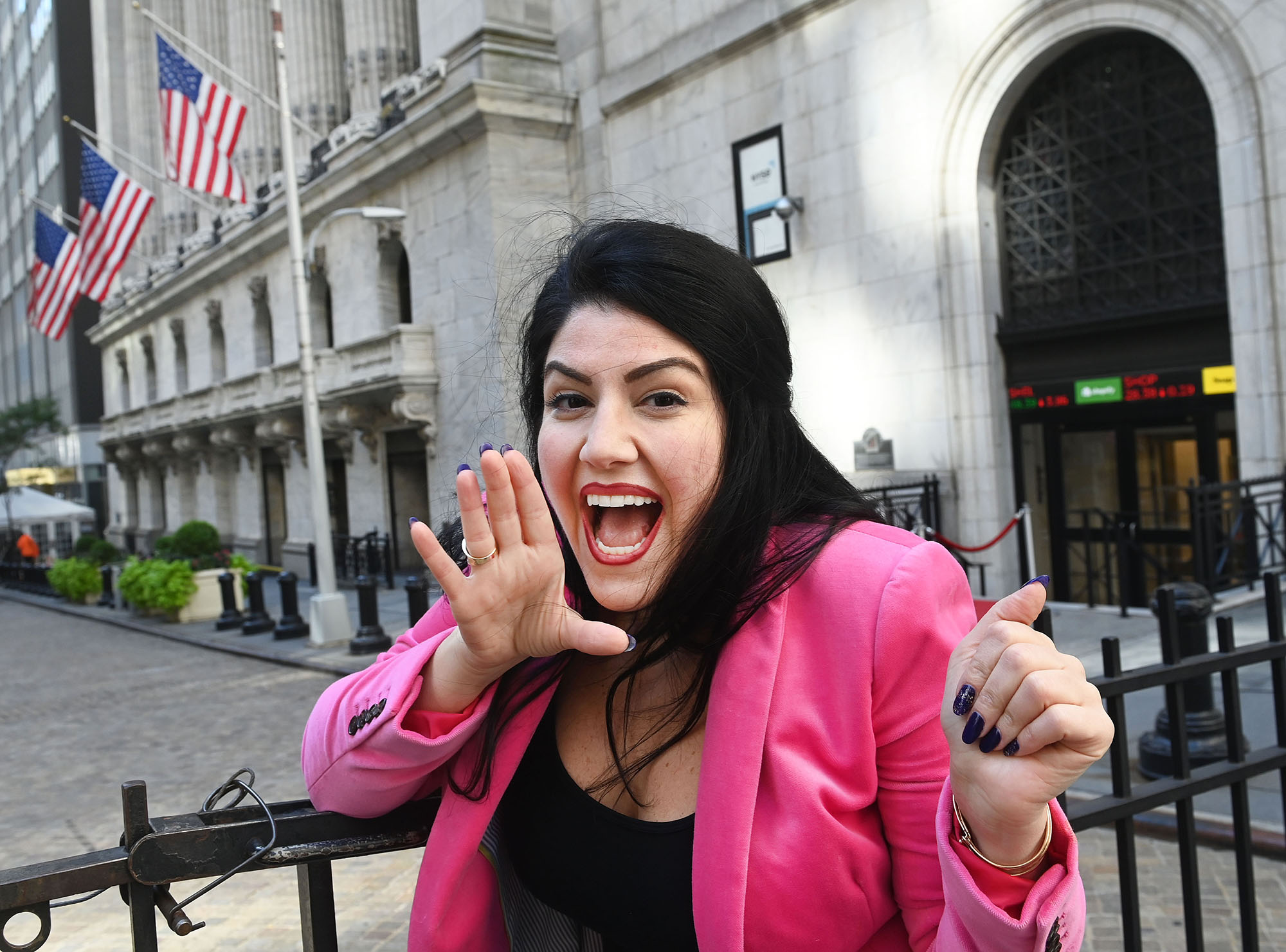 This crypto trader is bullish on her career in comedy.

Brooklyn-born Staten Island raised Elyse DeLucci is a digital marketing officer by day and a standup comedian at night, and will be headlining at Caroline’s on Broadway on Sept. 29.

“I don’t go on and talk about bosses. I do talk about how at my last job, I was going for drinks, and next thing I know I’m at a little hole-in-the-wall bikini bar in the Financial District with a bunch of coked-out traders,” said the 38-year-old.

When she started working on Wall Street in 2010, the Italian-American wasn’t taken seriously with her big hair and outer-borough accent thicker than Sunday sauce. 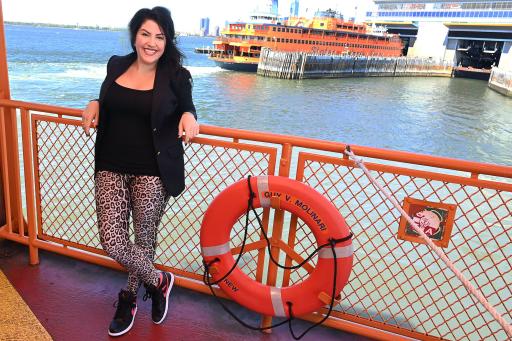 Elyse DeLucci struggled to be taken seriously early in her career.

“I think Hollywood loves Italian New Yorkers … but is Marisa Tomei gonna get hired as the CEO of a company, even though she knows everything about cars?” she said.

Her former company, a global stock exchange, where she worked as head of digital revenue, even suggested she get an accent-neutralization coach.

“I had a voice coach … a Shakespearean actor. He basically was like, ‘The only jobs you’re gonna get in life is if you want to be the spokesperson for Ragu,’” she recalled.

The firm also set her up with a personal shopper at Brooks Brothers “because apparently leopard isn’t a color.” 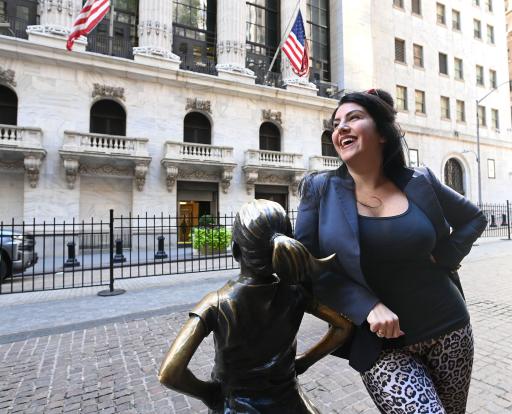 But’s she’s laughing all the way to the bank: “I bought my wall-to-wall leopard carpet with Ethereum.”

Raised in a “blue collar” household in Brooklyn and Staten Island, DeLucci’s mother is a nurse practitioner and her late father, an import-export trucking company owner. “He was a street-smart connected guy with lessons like follow the code of silence … and people at work are not your friends,” she said.

And to succeed in the business world, she used those “hard and fast rules” to climb the corporate ladder — starting as a sales executive in a Wall Street boiler room at 21 to becoming a chief digital officer for a commercial bank. She’s now writing a book about her experiences, titled, “Wise Girl: Everything I Learned From the Mafia, I Used to Succeed on Wall Street,” to be released in February.

The idea for the memoir came after she started an Apple podcast “Crazing F—ing Mommy” in 2020 about her life as a divorced working mom, and told stories about feeling inadequate early on in her early career. 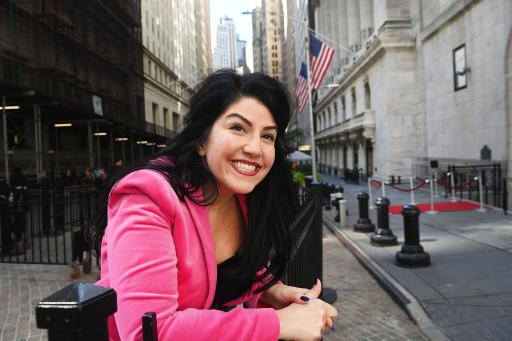 DeLucci used her NY street smarts to make it in the business world while doing comedy in the clubs at night.

A lot of women, including many Italians from the tri-state area, send her DMs saying they can relate to feeling underrepresented in the business world.

“When I got my job on Wall Street, I was meeting people who were like, ‘Oh, my parents invested $100,000 in mutual funds for me.’ And I was like, ‘Yeah, my mother spent my Confirmation money on an above-ground pool.’”

An Australian man who took to social media to rant about whether it was, “actually OK to be a white, straight male,” is being roasted online. A TikTok video from a user with the handle Phlinmartin has now been watched more than one million times. In the clip, where he ...


View more: TikTokker asks whether it’s ‘OK to be a white, straight male’

The MTA and NYPD need to enforce the new Code of Conduct which includes fines for farebeating and other violations. Stephen Yang for the New York Post Subway crime is still headed the wrong way, and it could get worse if the MTA and NYPD don’t enforce the official ...


View more: With subway crime still rising, serious enforcement is the only answer

Free skate rentals are now available at Toronto Union Station’s “biggest” ice rink to date, the City says. The rink is set to be open until Jan. 29 as part of Union Winter – Presented by TD. In a statement issued Monday, the City of Toronto said Union Station is ...

Ivica Zubac is the longest tenured Clipper — and perhaps the quickest to be overlooked. The 7-footer is vital to a Clippers team with little size — yet his presence can be taken for granted. Coach Tyronn Lue ensured neither was the case on a recent morning inside the Clippers’ ...

Canadian Pacific’s (CP) Holiday Train comes back to Hamilton for the first time in a couple years after the pandemic relegated the display to virtual performances. The 14-car train, decorated with hundreds of thousands of LED lights and holiday designs, arrives Tuesday night around 7:45 p.m. beside Lawrence Road just ...

You already battled TSA lines that seemed a mile long, bumper-to-bumper traffic and weather delays just to get to Thanksgiving. After stuffing yourself and super-shopping, it’s time to go home. Pack your patience, the experts told FOX Weather when they shared their own go-to travel tips. Road warriors Don’t be ...

How They Filmed Thing's Scenes In Netflix's Wednesday

Mark Cuban on crypto amid FTX implosion: 'Separate the signal from the noise'