America was supposed to be a place of safety for Jose Romero when he arrived some two years ago to work on a California farm alongside other immigrants from Mexico and China.

Romero was killed on Monday, shot dead by a gunman along with six other farm workers in Half Moon Bay, just south of San Francisco.

Even in a nation all too familiar with gun violence, the shooting was stunning, coming just two days after another gunman opened fire at a ballroom in Monterey Park, an Asian-American enclave outside Los Angeles.

In all, 18 people died in the back-to-back shootings, rattling two close-knit communities that had drawn immigrants seeking opportunities.

“You look to improve your life and then you end up with this,” said Romero’s cousin, Jose Juarez, quiet and sullen on Tuesday as he took a break from cooking at a Mexican taqueria in a Half Moon Bay strip mall.

That police said the attacks were carried out by assailants known within the community – Huu Can Tran, 72, frequented the Monterey Park dance studio and Chunli Zhao, 66, worked on a Half Moon Bay farm – only added to the sense of fear felt by immigrant groups that have been the targets of racist rhetoric and attacks in the United States.

As many as 32 per cent of Asian immigrants and 23 per cent of Latino immigrants in California say they are “very worried” about becoming victims of gun violence in their adopted home – three times the level of fear reported by people born in the United States, according to data gathered by the University of California, Los Angeles, and shared with Reuters.

The massacres heightened those concerns for some people.

Antonio Perez, who now lives in Half Moon Bay after moving from Mexico in 1983, said he feels stuck between cartel violence in his homeland and gun violence in the United States.

“We never expected this kind of extreme here,” Perez said, shaking his head. “What a tragedy.”

About 610km (380 miles) south, in Monterey Park, residents expressed fears in the aftermath of the dance hall shooting that the poison of America’s gun culture and epidemic of mass shootings was infecting Asian-American communities.

“Americans can have guns, there are guns everywhere,” said Frank Hio, 36, who is originally from China. “It’s dangerous here.” 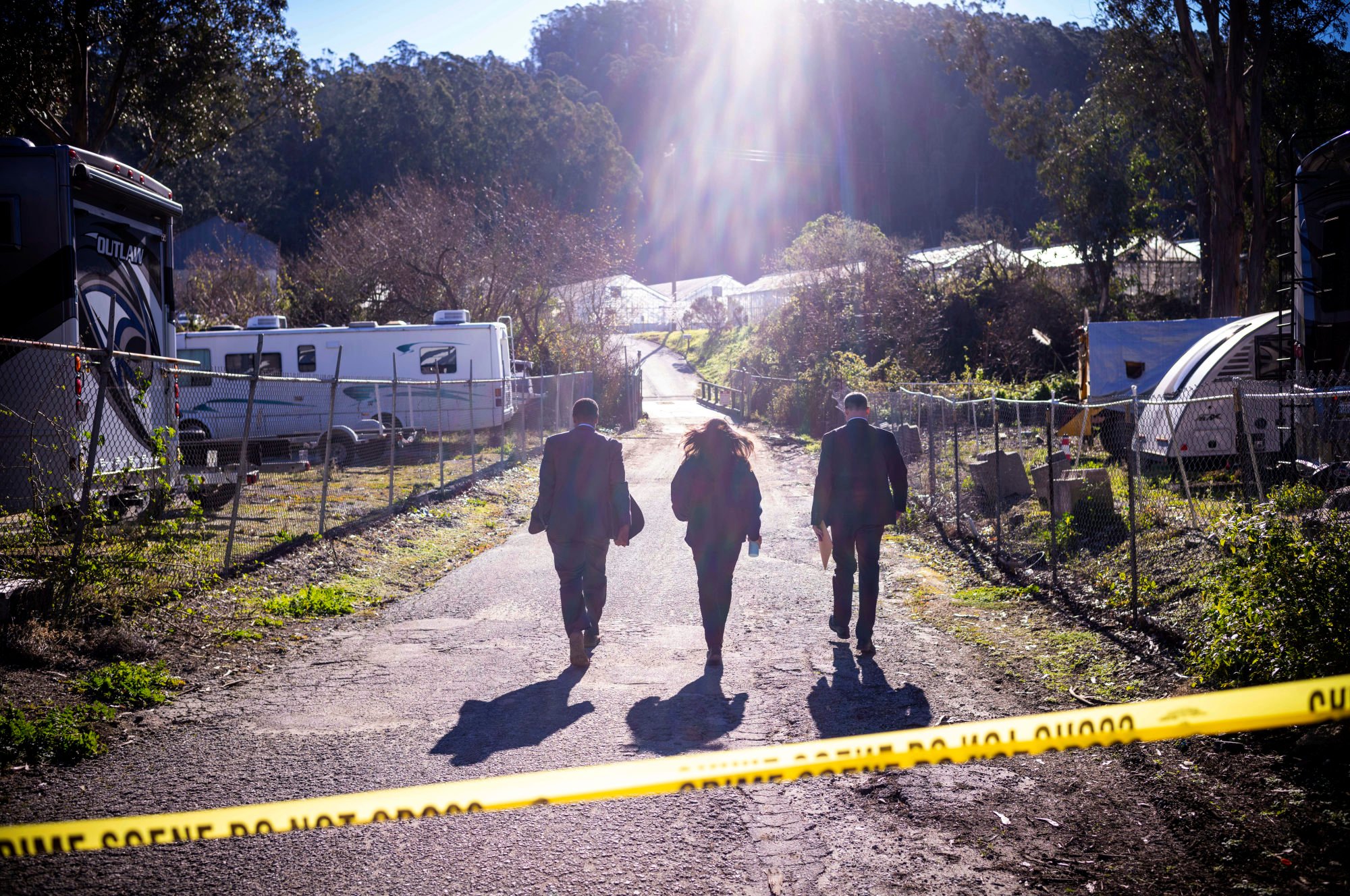 FBI officials near a crime scene in Half Moon Bay, California, the scene of a mass shooting on Monday. Photo: AP

Experts believe there are 393 million guns in private hands across the United States, which in 2022 was a country of 333 million people. The US recorded 42 mass killings last year.

In the thriving suburb known for its Asian stores and restaurants, some people expressed anguish that the gunman came from within the community.

“The shooters are Asian, and the victims are Asian,” said Rolando Favis, 72, who moved to the United States from the Philippines 38 years ago.

But many also said they had been more fearful of their safety for several years, following the rise in hate crimes against Asians in the wake of the pandemic and rhetoric from then-President Donald Trump blaming China. 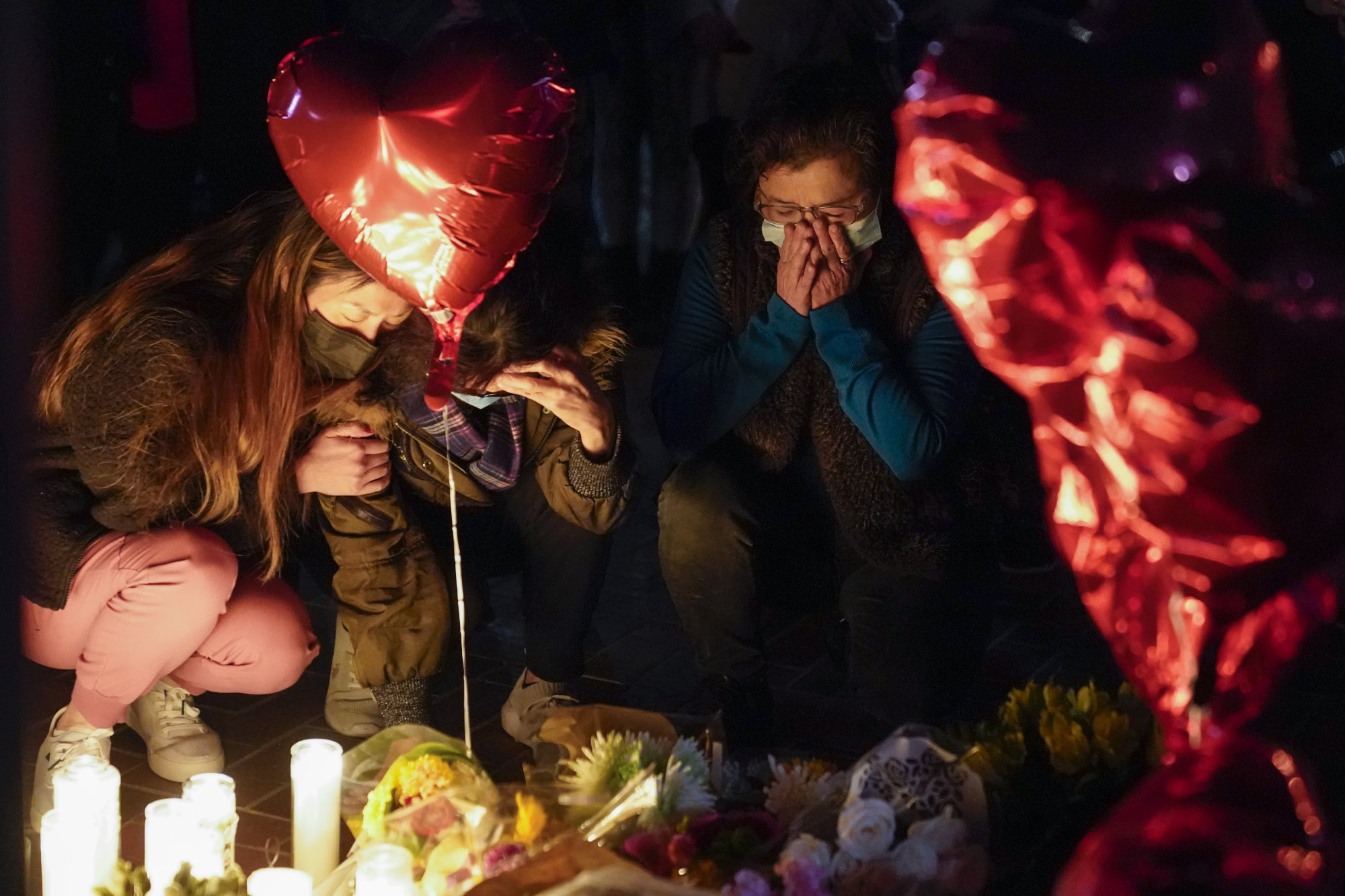 A vigil for the victims of a shooting at the Star Ballroom Dance Studio in Monterey Park, California. Photo: AP

In the aftermath of the pandemic, Asian-American gun ownership increased. A third of those who owned guns said they carried weapons more frequently amid the anti-Asian incidents, and another third said they kept guns loaded or unlocked in their homes, according to a study by the University of Michigan.

At the Euro Arms Inc gun store in Alhambra, 5km from the scene of the Monterey Park massacre, store assistant Wesley Chan said gun sales had risen since the start of the pandemic, including among Asian-Americans in the area.

“Everyone was scared and wanted to protect themselves,” he said.

Both Tran and Zhao used semi-automatic pistols. Police have not said where or when they were acquired.

The one jacket you need this spring. (Marks & Spencer) It might seem hard to believe when you look out of the window, but spring is on its way. And when we're blessed with those gloriously sunny, warmer days, it's way too toasty to be walking around in your ...

Ontario‘s long-term care minister says he will take a look at new national standards for the sector, but he has no interest in “watering down” what the province is already doing to improve care. The Health Standards Organization released updated standards today, including that residents should get at least for ...

How much is too much for families dealing with severe illness?

A live press conference will appear in the video player above. Governor Greg Abbott will hold a press conference with state officials Tuesday, Jan. 31, at 10:30 a.m. from the State Operations Center in Austin on the state’s response to severe winter weather conditions impacting Texas this week. Winter ...

Niko Tavernise/Sony Pictures Based on the 2012 novel “A Man Called Ove,” “A Man Called Otto” is a 2023 film that tells a touching story of a grumpy, grieving old man whose heart is warmed by his kind neighbors. Starring Tom Hanks in the titular role, the movie was ...


View more: Here's When You Can Watch A Man Called Otto At Home

Mutulu Shakur, who has an advanced form of cancer, is making up for lost time with his family after the Black liberation activist was released on parole from a 60-year  prison sentence in December. “​​I’m so happy to be free,” Shakur, Tupac Shakur’s stepfather, told NBC News. “I fought hard ...

US home prices slide in November for fifth straight month

53 Nanyang Primary pupils and 2 staff down with acute respiratory symptoms; none has Covid-19, says MOH

How Yellowstone's Mo Brings Plenty's Character Got His Name

How to listen to Solutionaries podcast, offering insight, answers from problem solvers

Here's Who is Running for Chicago Mayor in the 2023 Election

Marvel's Devil Dinosaur: 12 Facts To Take You Back To The Mesozoic Era

How to keep yourself safe from password hackers, once and for all

Look Up! A Green Comet Last in Our Solar System 50,000 Years Ago is Coming Back Our Way

China is a 'clear and present danger' to American cybersecurity: Gov. Tate Reeves