WARE, England — Daniel Jones practiced fully Friday and will start at quarterback Sunday in London against the Green Bay Packers

Tyrod Taylor (concussion) has been ruled out. He jogged and threw some passes with trainers on the field during the individual period before riding a golf cart back to the team’s makeshift locker room inside a white tent in the woods.

Davis Webb will be Jones’ backup against the Green Bay Packers.

All the quarterback intrigue still took a backseat on Friday’s injury report, though, behind Kadarius Toney’s absence from the trip — and the reason why. 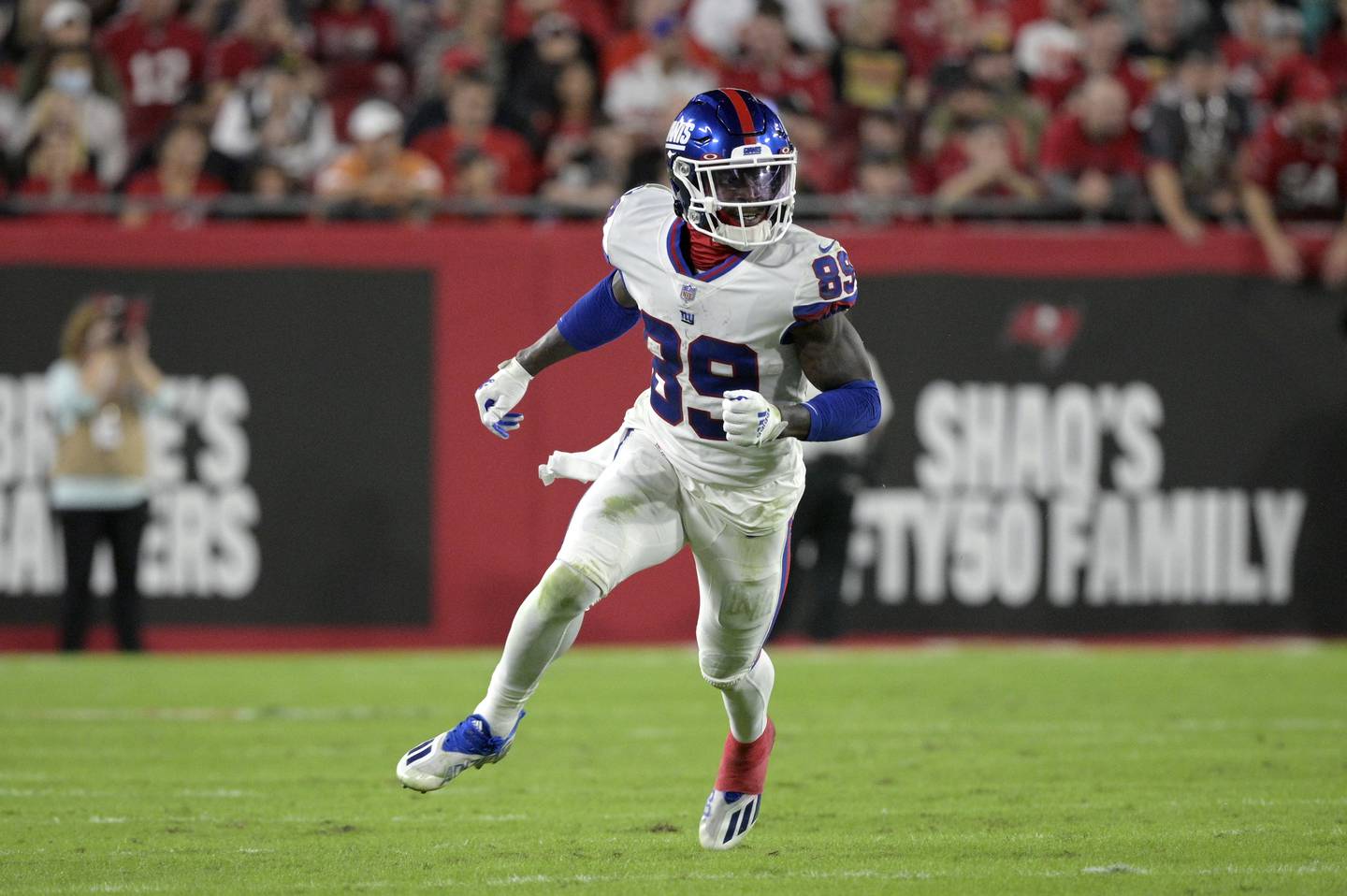 The Giants left Toney back in New Jersey because he tweaked the hamstring in his healthy leg during Wednesday’s indoor practice in East Rutherford. He had missed the last two games with an injury to his other hamstring.

Daboll didn’t rule out possibly putting Toney on injured reserve to get healthy.

“Joe [Schoen] and I talk about a lot of things,” Daboll said. “We revisit things each week regarding whatever play it may be. But it was the other hamstring; it wasn’t the same one.”

[ Scenic practice in English countryside keeps sleepy Giants on their toes: ‘It felt like we were in a movie’ ]

Daboll’s injury updates always have to be taken with a grain of salt.

He called rookie wideout Wan’Dale Robinson (knee) “day-to-day” after his Week 1 injury, and he hasn’t played since. Robinson was in sweats on Friday and will be inactive for a fourth straight game.

The Giants’ only healthy wide receivers on the active roster, then, are Darius Slayton and David Sills on the outside and Richie James in the slot. And James was battling an ankle injury earlier this week.

So it’s possible outside receiver Marcus Johnson and slot Kalil Pimpleton both could get elevated from the practice squad for Sunday. Practice squadder Makai Polk is the only other receiver practicing.

Daboll actually was asked if he could shut down any interest the Giants have in Beckham. He did not.

“I’d say that Joe and I talk a lot about a wide variety of things: players, adding players, workouts on Mondays and Tuesdays,” Daboll said. “We’re always trying to improve our roster in any way that we can.”

Leonard Williams (knee) is listed as questionable after being limited in Friday’s practice. Safety Julian Love was cleared from the concussion protocol and will start.

Corner Fabian Moreau (foot) was upgraded to full and is expected to start. Corner Nick McCloud (hamstring) was limited. Safety Tony Jefferson may be elevated from the practice squad a third time.

Jones, interestingly, was asked by a British reporter if this being a contract year factored into his decision to play through his sprained left ankle.

“No it didn’t,” Jones said. “I’m gonna do everything I can to be out there regardless of that situation.”

Safety Landon Collins, meanwhile, officially re-signed to the practice squad and met the team at its hotel. But Daboll said it will take time for him to acclimate before he contributes.

“He just got here. He just got here today,” Daboll said. “He’s on our practice squad. So that’s where he’ll be. He’s got a lot to learn in terms of how we do things — not just play book, but how we do them as an organization. So, we’ll just take it each day with him and try to help him be the best he can be for us.”