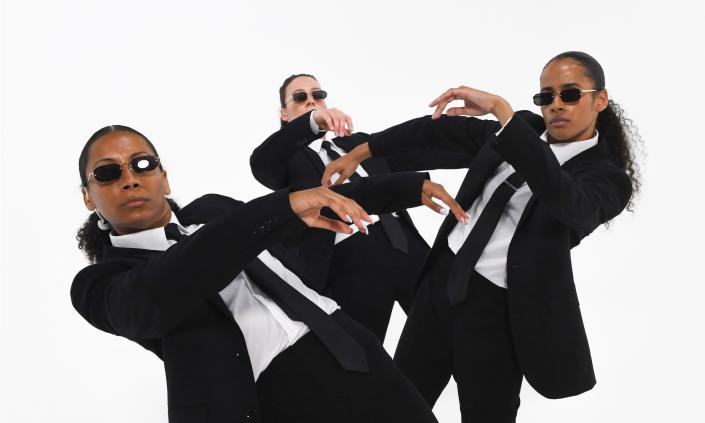 An immersive Matrix films-themed dance, music and visual effects experience directed by Danny Boyle is to be the opening production at one of Europe’s most anticipated cultural venues.

The £186m Factory International in Manchester will, its supporters say, be like no other arts venue.

Designed by Rem Koolhaas and his Office for Metropolitan Architecture (OMA) practice, the Factory, which some say resembles a spaceship, has been built on the site of the former Granada television studios.

It will have an industrial warehouse vibe to it, with super-sized movable walls allowing for different configurations, and everything from intimate performances to events on a grander, more eye-popping scale.

The Boyle production will, they hope, be at the blockbuster end of things. It will feature “spectacular visual effects, a cast of professional dancers and hundreds of Manchester participants” coming together to recreate scenes from the Matrix films “provoking visions of an alternative future.”

It was in 2014 that details of a plan for a large-scale, “ultra-flexible” arts venue in Manchester first emerged. Supporters said it would combine the qualities of the London Coliseum and Tate Modern and would be like nowhere else.

The then chancellor, George Osborne, pledged £78m towards its capital costs, revealing during his budget speech that it would named after Tony Wilson’s Factory Records. “Anyone who is a child of the 80s will think that is a great idea,” he said.

With money from Manchester city council and Arts Council England as well, the Factory is the largest investment in a UK cultural project since the opening of Tate Modern in 2000.

The pandemic has delayed the Factory until 2023, and it was announced on Thursday that Boyle’s production, entitled Free Your Mind, will be the official opening show. It will feature choreography by Kenrick “H20” Sandy, music by Michael “Mikey J” Asante, stage sculptures by the designer Es Devlin and work by the poet and playwright Sabrina Mahfouz.

Radcliffe-born Boyle said he was delighted to be part of the building’s opening. “It’s a space that gives you an enormous amount of potential. It’s wildly ambitious in terms of its scale,” he said. “In my lifetime, to see a new space like this open is hugely empowering and I hope the new generation of artists feel that power.”

The Factory will be programmed and operated by the Manchester international festival, and before the formal opening it will be part of the 2023 festival by staging a Yayoi Kusama show in July and August.

Kusama, 93, is one of the world’s most popular living artists and the Manchester show – You, Me and the Balloons – will feature spectacular inflatable sculptures she has made over three decades.

The artistic director and chief executive of Factory International, John McGrath, said the venue was about allowing artists to “let their imagination fly” and “think about the impossible”.

The director of Tate, Maria Balshaw, is among the Factory’s supporters. She said she had never seen a space like it. “I don’t know of another one in the world. It has been made with the audiences of the future as well as the art of the future in mind, she said. “I think art that none of us have ever encountered before is going to be made in Manchester.”

The Factory is predicted to create or support as many as 1,500 direct and indirect jobs and add £1.1bn to the city’s economy over a decade. It is part of the regeneration of the St John’s area, along with new flats, offices and studios.

The project’s lead architect, Ellen van Loon, said the venue would be “a new type of performance space … a unique crossover between a fixed theatre and flexible warehouse”.

She said: “I hope that whenever people come to the Factory they always experience something different, as if with each visit they encounter a different building.”

Bahrain’s King Hamad bin Isa Al Khalifa met President Isaac Herzog on Sunday in the first visit by an Israeli head of state to the Gulf state since the countries forged ties two years ago and as a right-wing coalition government takes shape in Israel. Herzog, whose post is ...

The little girl’s parents noticed she was being dragged away by the coyote. Shutterstock A 2-year-old Los Angeles toddler was attacked by a coyote that dragged her by her feet before the tot’s frazzled father rescued her, horrifying surveillance video shows. In the Friday footage, the little girl’s dad ...

Liberty hires Jamey Chadwell; sides agree to 7-year deal, sources say Liberty is hiring Jamey Chadwell as its new coach, with sources telling ESPN that Chadwell has agreed to a seven-year deal that averages more than $4 million per year. Chadwell has been one of the best coaches in the ...