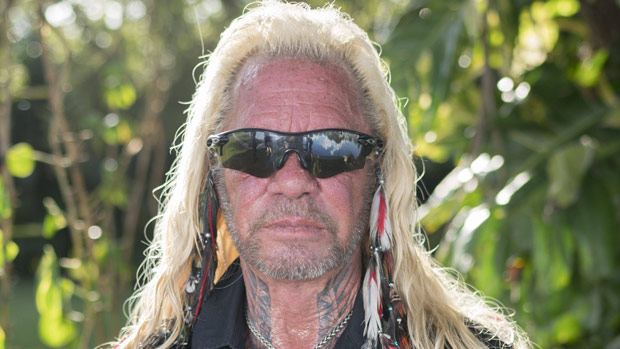 Dog the Bounty Hunter’s ‘right-hand man’, David Robinson, sadly passed away on Nov. 30. Here’s what you need to know about him.

David Robinson, who was Dog the Bounty Hunter‘s co-star in his reality show Dog’s Most Wanted, died at the age of 50. His ex-wife Rainy Robinson confirmed the news on Instagram and revealed that he passed away on November 30. David’s wife Brooke Robinson told TMZ that David collapsed during a work call in their dining room. The paramedics arrived on the scene but they were unsuccessful at reviving David via CPR, according to Brooke, who said that David was “very healthy” before the unexpected medical emergency. An official cause of death hasn’t been revealed.

Fans of Dog’s Most Wanted should be familiar with who David is. But if you aren’t, we rounded up five key things to know about David, as well as Dog’s response to his tragic death.

1. David appeared on ‘Dog’s Most Wanted’.

David starred in Dog’s Most Wanted which aired on WGN America for one season, with 10 episodes, from Sept. 2019 to Nov. 2019. The show also featured Dog’s late wife Beth Chapman and his son Leland Chapman, among others. In the show, Dog (whose real name is Duane Chapman) and his team, including David, hunted down fugitives of his choosing instead of people who have jumped bail. It also explored Beth’s cancer diagnosis.

David and Dog formed a tight friendship while they worked together. Dog had kind things to say about David after his passing. “I’m shocked and saddened by the sudden loss of David Robinson, my right-hand man of many years. Until we meet again, brother,” he told TMZ.

The website for Dog’s Most Wanted described David as a “tech expert.” His bio read, “Working with the Chapmans for almost a decade, David specializes in the tech aspect of hunting. It is hard to unplug from technology these days and David will use that to find you.”

4. He was married twice.

David and Rainy were married for 25 years until September 2020, when she announced their separation on Facebook. According to Daily Mail, Rainy claimed that David was responsible for “some very heartbreaking and irrevocable actions,” though she didn’t give details on what happened. David got married to his second wife, Brooke Robinson, sometime after his split from Rainy.

Rainy Robinson actually appeared on Dog’s Most Wanted, while she and David were still married. Her bio for the show read, “Undoubtedly one of the smartest women out there. With many degrees and successful business startups, there is very little that will slide past her. The fugitives don’t stand a chance trying to talk their way out. Rainy will cut right through their stories and lure them in.”