Besiktas hope to have a deal for Everton’s Dele Alli finalised so that he can be in the stands for their game against Fatih Karagumruk on Sunday.

The Turkish club are eager to complete a deal by the end of the week and it is understood the Toffees could be willing to let Alli leave — despite having joined the club only in January.

Whether Besiktas can pull off the transfer depends on how the deal is structured, with the Turkish club preferring an initial loan deal. 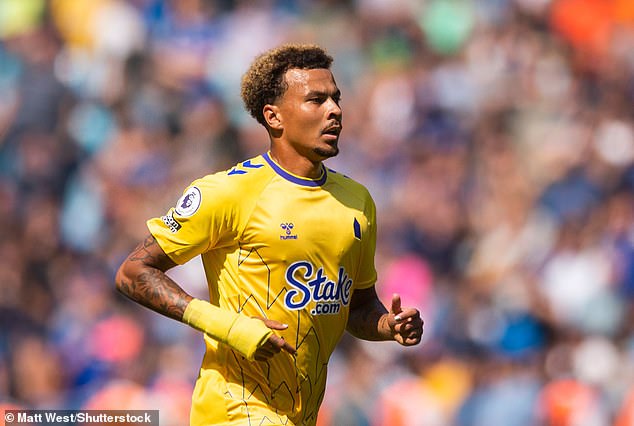 The potential deal moved a step closer to completion on Thursday night with the two clubs actively engaged in talks.

Alli joined Everton during the final hours of the January window in what was effectively a free transfer.

Everton, however, would owe Tottenham £10million if Alli plays 20 times for the Goodison Park club.

He has made 13 appearances so far — only one of them from the start — totaling just 363 minutes of football.

The 26-year-old fell down the pecking order at Tottenham Hotspur following the departure of Mauricio Pochettino in 2019. 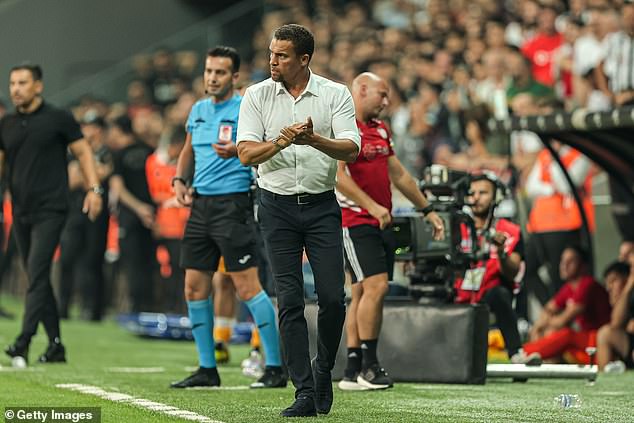 Video: Interest in Alonso and Benitez, staff convinced the boss was gone and a HUGE U-turn from an emotional owner... the inside story of dead man walking Steve Cooper's new deal at Nottingham Forest

Arsenal's new talisman, Real Madrid duo, and Tottenham ace are among the stars creating fierce competition in attack for Brazil to play alongside PSG star Neymar at the 2022 Qatar World Cup, with boss Tite spoilt for choices in attack

'He's the main man now... he drifts off to the left a lot like Thierry Henry': Ray Parlour likens Gabriel Jesus' game to Arsenal legend as he heaps praise on old club's new signing

Video: Shocking moment 19-year-old fatally stabbed two men to death outside takeaway then left to die in the street is revealed as he is jailed for life

Video: Mom of baby boy and two-year-old girl who were mauled to death by their pit bulls has 'uncountable' number of stitches and bite marks over face and body - after wrestling dogs for TEN MINUTES to try and stop their ferocious attack

Rail strikes will cause chaos again TOMORROW: Network will grind to a halt over the weekend with just 1 in 5 usual services running as RMT members walk out in ongoing pay dispute

Glamorous poker player, 30, tries to prove her $120,000 ruby ring does not vibrate by taking it to jeweler who LENT it to her one day before controversial game: She won $269,000 at Vegas tournament after reading 'Poker for Dummies' book

Video: PICTURED: Father, 57, who died of a heart attack after cops fired tear gas at soccer fans trying to push their way into a match in Argentina - less than a week after 131 died in a similar crush in Indonesia

Amrit Jhagra stabbed Ryan Theobald, 20 and Janis Kozlovskis, 17, on January 29He was jailed for life yesterday at the Old Bailey with a minimum term of 24 yearsHe attacked victims during a fight outside bar in Doncaster and left them to die


View more: Shocking moment 19-year-old fatally stabbed two men to death outside takeaway then left to die in the street is revealed as he is jailed for life

First Minister Nicola Sturgeon wants legislation to make it easier for transgender people to 'self ID'  JK Rowling backed  For Women Scotland activists who gathered outside Scottish Parliament yesterday  Ms Rowling donned a t-shirt branding Nicola Sturgeon a ‘destroyer of women’s rights’, sharing it on Twitter But Sturgeon has doubled down, telling an interviewer 'abusive men are the risk to women, not trans women'


View more: And now for round 4! Nicola Sturgeon’s war of words with JK Rowling rumbles on as she insists ‘abusive men are the risk to women, not trans women’


View more: Video: Chloe Sevigny flashes her lacy lingerie in a sheer white gown as she attends the Bones And All screening at New York Film Festival

Sweets wholesaler said the marshmallows are primarily for roasting first But HMRC said they owed VAT money as they were confectionery At court, the judge ruled Mega Marshmallows would be more often roasted It was concluded that Mega Marshmallows were ingredients and not sweets


View more: Marshmallow firm pulls victory out of the fire in tax court battle as it successfully argues the treats are ingredients not sweets and so are not liable to £470,000 VAT bill

Officers were called to Euston station at around 12pm regarding an injured manParts of the north London have been cordoned off as the scene is examinedPolice believe the victim's injuries were self-inflicted, he was taken to hospital


View more: New London knife horror as man stabs himself on train at Euston station in front of stunned passengers

A landlord tried to boot a South London mum and her six-year-old daughter out of their home when she complained the taps wouldn’t turn on. Amy,*a domestic abuse survivor, was handed papers ordering her to leave after she raised the issue with the owner of her flat in Lambeth. She ...


View more: South London mum and girl, 6, threatened with eviction after telling the landlord the taps wouldn't turn on


View more: Video: How did war of words between two of Scotland's most powerful women start? JK Rowling and Nicola Sturgeon's antipathy dates back to 2014 when author donated £1m to anti-Indy cause...before clash over trans rights agenda

‘I discovered that the beauty isn’t out there, it’s down here, with all of us,’ actor writes in new book


View more: ‘It felt like a funeral’: William Shatner says trip to space filled him with ‘grief’

Father, 26, and mother, 23, appear in court charged with murdering their 11-week-old daughter who died after suffering bleeding in her brain, fractures to her skull and 'bite marks'

PCSO, 37, appears in court accused of a string of sexual offences including filming children in swimming pool changing rooms and possessing indecent images

Veterinary nurse, 29, dubbed 'every passenger's worst nightmare' after downing bottle of vodka and causing chaos on Thomas Cook flight from Manchester to Turkey can keep her job

'Broken' Camilla was 'grief stricken' after the Queen died and wasn't sure of the 'reception she would get' from public, REBECCA ENGLISH reveals – on latest episode of talkshow Palace Confidential

Goodyear's sustainable tyre of the future will last for 300,000 MILES

Radio DJ Chris Moyles 'signs up for I'm a Celebrity... Get Me Out of Here' - joining Boy George, Seann Walsh and Olivia Attwood in rumoured lineup

Amelia Hamlin has NO EYEBROWS as she poses naked in a bathtub... after sharing a video where she shaved her brows in the 'name of fashion'

'I don't know what else the NFL can do': Aaron Rodgers defends the league amid Tua Tagovailoa concussion controversy and insists players must self-police: 'Be smart... we need to think about our long-term health'

Video: Jennifer Garner, 50, looks youthful in nerd glasses with her wet hair pinned up as she enjoys a power walk in LA's affluent neighborhood of Brentwood