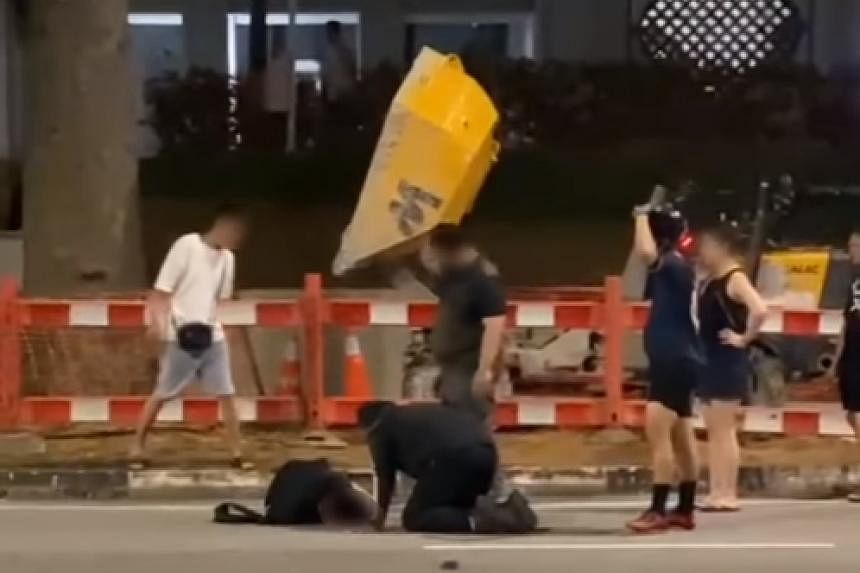 SINGAPORE – A 28-year-old delivery rider died in hospital after he was hit by a car in Choa Chu Kang on Tuesday night.

A woman and two men, aged 32 to 36, were arrested for careless driving causing death, and drink driving, the police said on Thursday.

The accident involved a car and a power-assisted bicycle, or e-bike, and took place near Block 130 Choa Chu Kang Avenue 1.

At 11.25pm, paramedics from the Singapore Civil Defence Force were alerted to the accident.

The man was unconscious when taken to Ng Teng Fong General Hospital and subsequently died, the authorities said.

Police investigations are under way.

A Facebook video posted on Wednesday showed the rider motionless on the ground. Several people can be seen standing around him.

In the video, a red Toyota car can also be seen parked at a distance. A foodpanda delivery bag is also visible.

In response to queries from The Straits Times, delivery company foodpanda said: “The victim was not making any foodpanda deliveries at the time of the accident.

“We are deeply saddened to hear about the accident, and urge everyone to obey traffic rules and exercise extra caution for the safety of all road users.”

ST understands that the man’s death is not a workplace accident.

The latest workplace fatality is a 45-year-old delivery rider, who died in hospital after he was involved in an accident with a lorry in Hougang.

A protest against China’s zero COVID policy in Beijing on November 28, 2022. Photo by Kevin Frayer/Getty Images At a protest rally in Beijing this week, a Chinese Communist Party official warned the gathering protestors not to be misguided by “foreign influence.” An angry protestor quipped back from the ...

Lamar Jackson deleted his vulgar tweet, but is still battling over it. After the Ravens lost a heartbreaker to the Jaguars on Sunday, Jackson lashed out at a critic. “Boy STFU y’all be cappin too much on this app mf never smelt a football field never did s–t but eat ...