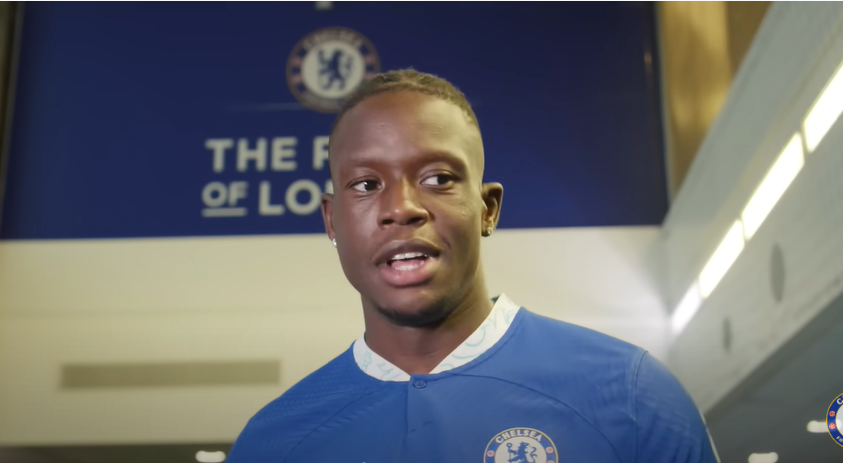 Denis Zakaria is yet to feature for Chelsea this season (Picture: YouTube)

Denis Zakaria has been blown away by Chelsea outcast Hakim Ziyech since arriving at Stamford Bridge and spoken out on his own future at the club after a difficult start.

Chelsea signed Switzerland midfielder Zakaria on loan from Juventus over the summer and have an option to make his stay permanent at the end of the season.

Zakaria has not featured in any of Chelsea’s five games since his move to west London but remains desperate to force his way into Graham Potter’s plans and earn a permanent transfer to the Premier League side.

Asked if he hopes to convince Chelsea to make his loan deal permanent, Zakaria told The Athletic: ‘Of course. If you don’t do good, you don’t have the chance to stay.

‘Chelsea is a big club and if you’re not good enough, you can’t stay at this club. I am here to prove I deserve to be here, that I am a good player and I can help the team. We will see what happens at the end.’

Zakaria only joined Juventus at the start of the year in a £4m move from German club Borussia Monchengladbach.

The 25-year-old added: ‘I hope only the best for Juventus. I hope they can win the title in Italy and I would be very happy for that. 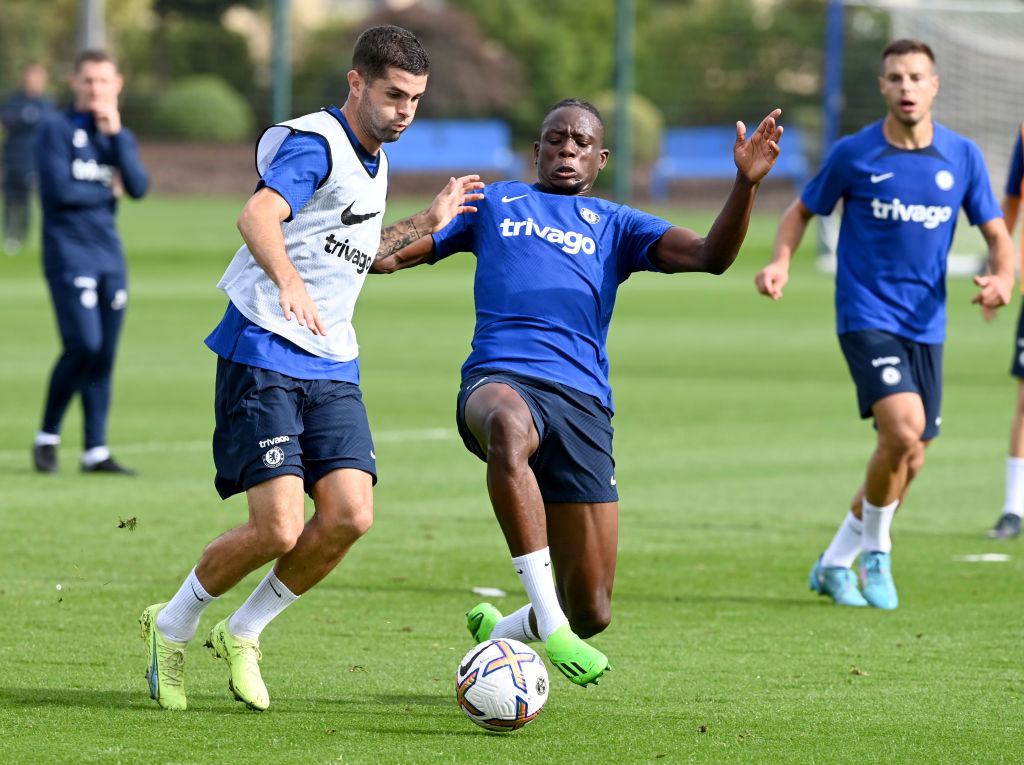 ‘Juventus is a big, big club, like Chelsea. I learnt a lot there, with big, big players. And I can only be grateful for that because they gave me a lot of chances and everything.

‘I am a fan of Juventus and I follow Juventus, of course. But now I am a Chelsea player, so I’m focused here and I want to give my best to help the team. For me, I’m a new player, but I feel like I’ve been here one or two years already.

‘It was not an easy solution [to join Chelsea] but in the end, I am a player, I need also this challenge to be better.

‘For me, I am better when I take challenges. To change everything, like language, is not easy, but I think I can do it.’

Zakaria is not the only high-profile Chelsea star struggling for game-time, with Morocco international Ziyech starting just one game for the Blues this season.

Despite Ziyech’s recent struggles, Zakaria singled him out as someone who has impressed him in training, while he also heaped praise on injured Chelsea midfielder N’Golo Kante.

‘Then there is N’Golo, he’s an amazing player. He’s a little bit back with the team now. We trained together. I can see the quality.

‘N’Golo, I think, is an inspiration for every midfield player. What he does is incredible, amazing. And I’m really happy to have the chance to play with him also, to learn from him, and I will take every minute to be better with him.

‘But every player is really amazing in this team. I can say that here the quality of the players in training is one of the best I’ve seen. Of course, Juventus is also really good quality.

‘But here, at Chelsea, I have to say it is really an amazing-quality team. Also, you improve yourself in every training session. I came here to improve myself and that’s why I feel like it will be a good decision to come here.

‘It is not easy to be on the bench. Like every player, I want to play. But yes, we have to train hard and prove ourselves. In the end, when you have a chance to play, you must prove yourself in that moment.’

Zakaria will hope to get some game-time on Saturday when Chelsea, currently fifth in the Premier League, host Wolves.

For more stories like this, check our sport page.

Never miss a beat throughout the season or transfer window with weekly Chelsea news updates, exclusives and analysis. Sign up to Metro.co.uk’s Club Metro newsletter

Laura Byrne says there is one thing her partner Matty ‘J’ Johnson does that makes her the most aroused. The former Bachelor star revealed her new husband’s willingness to do housework is  what turns her on the most during an appearance  on The Jess Rowe Big Talk Show with her podcast co-host ...


View more: The Bachelor's Laura Byrne reveals the one thing her new husband Matty 'J' Johnson does that gets her aroused - and it has nothing to do with his bedroom antics

A massive 4-alarm fire has consumed a block's worth of commercial and residential buildings in a small Connecticut town Firefighters Sunday evening battled a blaze at the Seaport Marine just outside of Mystic, Connecticut The cause of the fire and the total damage is unknown at this timeThis is a developing story, check back for more details

Australian customers have been stocking up on Christophe Robin hair productsThe brand is currently hosting a 40 per cent off sale for the cyber weekendThe brand's best-selling Cleansing Purifying Scrub with Sea Salt is down to $40The Shade Variation Mask, a must-have for blondes, is also on sale until Nov 30


View more: Australian women are racing to get their hands on Christophe Robin haircare at 40 per cent off - including the brand's best-selling salt scrub

Harrison Ford and Helen Mirren battled through the Old West on Sunday when Paramount aired the first trailer for its Yellowstone spin-off series 1923. The legendary Ford, 80, and the Oscar-winning Mirren, 77, have officially entered the sprawling universe of Yellowstone as they anchor the latest chapter in the Dutton ...

Duke has opened up on his fiery sideline confrontation with Hannibal Mejbri The Manchester United and Tunisia starlet collected Duke in the nose with a ball He appeared to throw the ball directly at the Aussie while he was on the groundThe two were forced by the referee to shake hands after the encounterDuke said Mejbri told him he didn't mean to hit him and has accepted apologyClick here for the latest World Cup 2022 news, fixtures, live action and results


View more: Socceroos hero Mitchell Duke lifts the lid on what really happened when Manchester United and Tunisia star slammed the ball into his face - and the bizarre order he was given by the referee

High-profile barrister Sandy Dawson, brother of Lindt Cafe siege victim Katrina Dawson, has died of brain cancer, aged 50. Mr Dawson passed away peacefully, surrounded by his family, almost eight years to the day his sister was killed in the Sydney city centre shoot out on December 16, 2014. The acclaimed ...


View more: One of Australia's most high-profile lawyers and the brother of one of the victims of the Lindt cafe siege dies of brain cancer age 50

Three wooden logs recently installed at a popular park in Sydney's south-westParent shared pic on Reddit asking what they're used for, sparking online debateMany believe the logs would encourage creative play but others disagreed


View more: Aussie TikTok star confronts fans at the World Cup and accuses them of being 'fake' - as speculation grows Qatar paid people to be there

The most dangerous roads in America revealed - from the Florida interstate that averages 1.41 deaths per mile to the Alaskan highway with no gas stations or rest stops for 240 miles

The rise of 'career cushioning': Everything you need to know about the controversial new workplace trend gripping Australia

Pete Davidson and Emily Ratajkowski spotted at NBA game together

Fans make disgraceful anti-Semitic comments about star who's on the verge of becoming the first Jewish player to get drafted into the AFL for almost 25 years: 'The lid has been taken off the sewer'

Video: Australian women are racing to get their hands on Christophe Robin haircare at 40 per cent off - including the brand's best-selling salt scrub