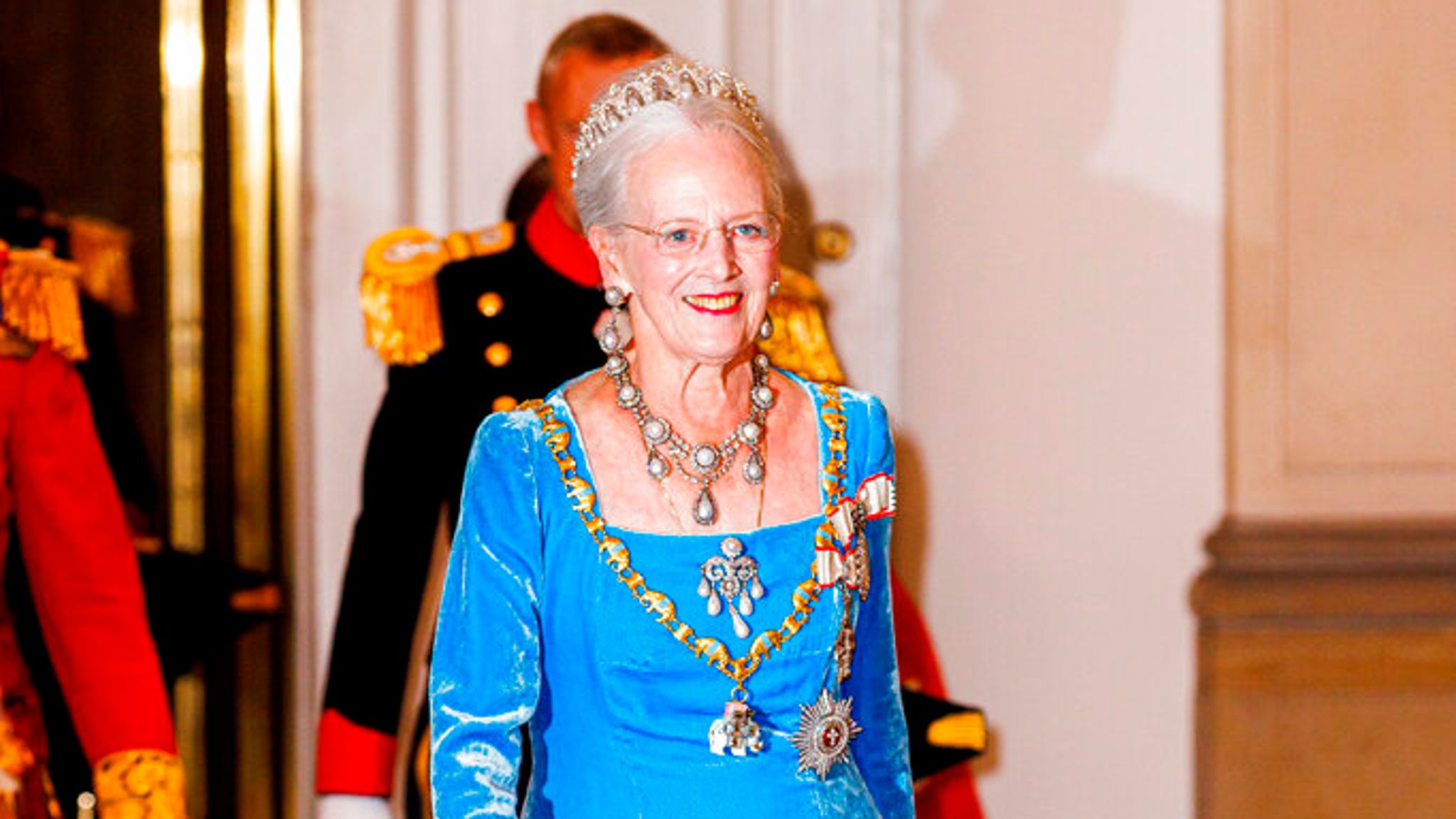 Image: Queen Margrethe II celebrating the 50th anniversary of her accession to the throne this month. Pic: AP

Denmark’s Queen Margrethe II has stripped four of her eight grandchildren of their royal titles in the hope they can live a more normal life, it has been announced.

The children of the monarch’s second son, Prince Joachim, will no longer be referred to as prince or princesses from 1 January next year.

Prince Nikolai, 23, Felix, 20, and Henrik, 13, and Princess Athena, 10, instead “can only use their titles as counts and countess of Monpezat”, and will be addressed as excellencies in the future.

Queen Margrethe, 82, revealed her decision in a statement released by the Danish royal family on Wednesday.

Read more: How does the UK’s Royal Family compare to others around the world?

“Her Majesty The Queen wishes to create the framework for the four grandchildren to be able to shape their own lives to a much greater extent, without being limited by the special considerations and duties that a formal affiliation with the Royal House of Denmark as an institution involves,” the statement said.

“All four grandchildren maintain their places in the order of succession.” 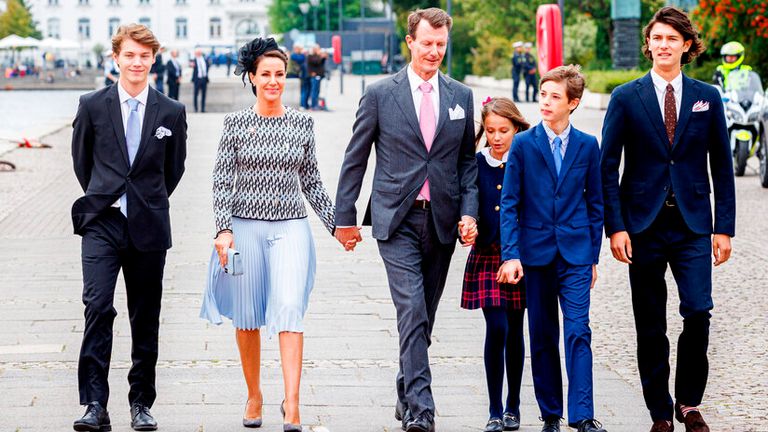 Image: The children of Prince Joachim, centre, have been stripped of their royal titles. Pic: AP

Prince Joachim, 53, is currently sixth in line to the Danish throne, with his children following from seventh to 10th, respectively.

The decision is in line with “similar adjustments that other royal houses have made in various ways in recent years,” the statement added.

It will not affect the four children of the heir to the throne, the Queen’s eldest son, Crown Prince Frederik, 54. 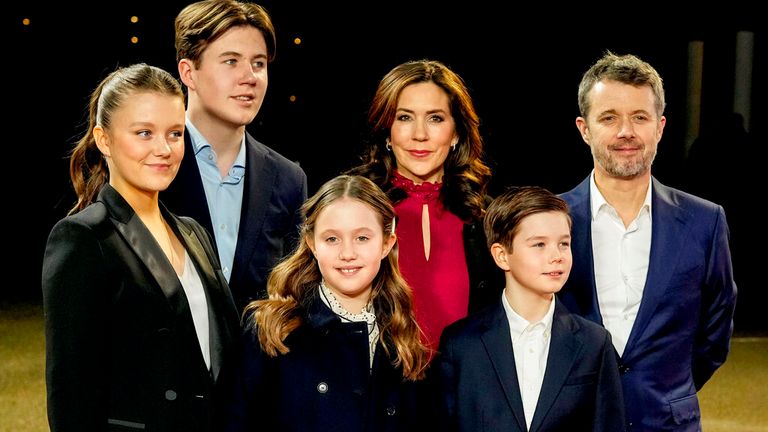 Prince Joachim, wife Princess Marie and ex-wife, Countess Alexandra, mother to princes Nikolai and Felix, are said to be “shocked” and “confused” by the decision, the Danish edition of Se og Hor celebrity magazine reported.

According to the publication, Countess Alexandra said via her press adviser: “We are all confused by the decision. We are saddened and in shock. This comes like a bolt from the blue.

“The children feel ostracized. They cannot understand why their identity is being taken away from them.”

Queen Margrethe, who was crowned in 1972, became the longest serving monarch in Europe following the death of Queen Elizabeth II on 8 September.