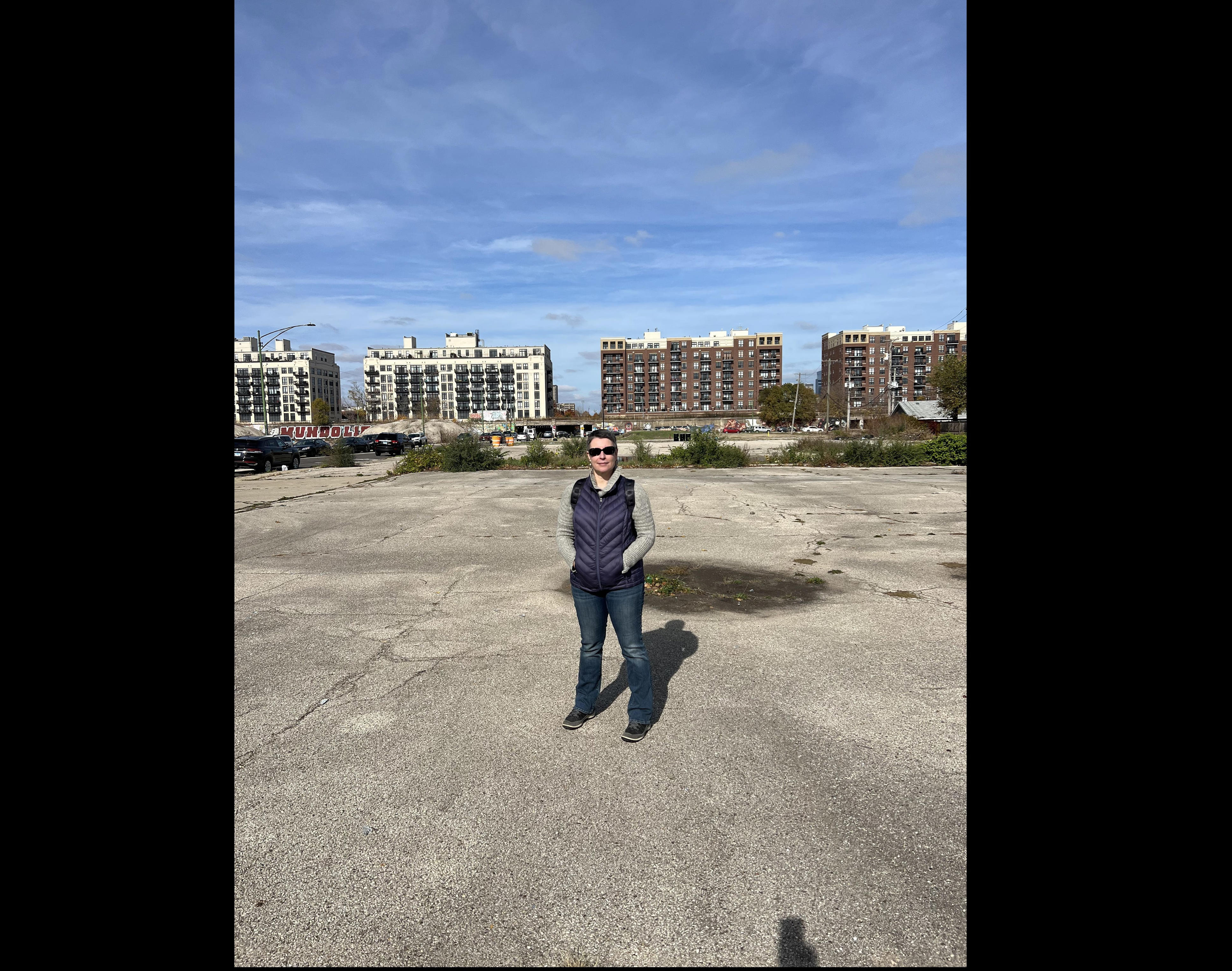 CHICAGO (WBBM NEWSRADIO) – From the streets of Pilsen, to the campus of DePaul, to the satellites of NASA, the quest for “green space” can be a complicated one.

WBBM recently went to 18th and Peoria, in Chicago’s Pilsen neighborhood, to meet with Dr. Winifred Curran, a professor of Geography at DePaul University.

“Where green space is in cities is incredibly unequal, and it builds upon all the other inequalities that we know exist in the city,” Curran said.

Curran’s research team has been awarded a $250,000 grant from NASA to use satellite data to bring disparities in tree canopy coverage, plant diversity, and air quality into focus as part of the fight for environmental justice.

“We just want to look at how we do it, (create green space) and also to recognize that green space doesn’t magically take care of itself. The tree canopy, the way it exists in Chicago, is almost a map of investment, investment in neighborhoods,” Curran said. “Neighborhoods that have really lush, healthy tree canopies tend to be wealthier neighborhoods, tend to be white neighborhoods. Those provisions which are universally recognized to be good things, trees, green space, parks, we want to see them everywhere.”

A British woman claims doctors ignored her symptoms — which included vomiting blood and losing chunks of hair — until eventually she received a terrifying diagnosis. Jessica Booth said she knew something wasn’t right when her persistent headaches and nausea began last year. But she says she was dismissed by ...

Anthony Bourdain‘s legacy centered around cooking on and off television. He went from being an executive chef in Les Halles to being a TV personality in various food shows. He even became an author of a best-selling book early in his career. The book he wrote was titled Kitchen Confidential: ...

How to watch SpaceX’s Starlink launch tomorrow Tomorrow, Sunday, January 29, SpaceX will launch a further batch of Starlink satellites. The launch will use one of the company’s Falcon 9 rockets, lifting off at 8:47 a.m. PT from Space Launch Complex 4 East (SLC-4E) at Vandenberg Space Force Base ...

This Is Ford’s Most Reliable F-150 Engine Ever Even supply chain issues and chip shortages cannot stop the Ford F-150 from dominating the market in the United States. Recently, Ford reported sales of the highly successful F-Series, and according to CNBC, the 2022 sales data shows that there was ...


View more: This Is Ford's Most Reliable F-150 Engine Ever