IF Nicola Sturgeon used her next speech to promise she’d “make Scotland great again”, who’d be surprised? Surely using the language of Donald Trump would be nothing more than the logical next step in the First Minister’s journey from voice-of-reason to ranting populist? 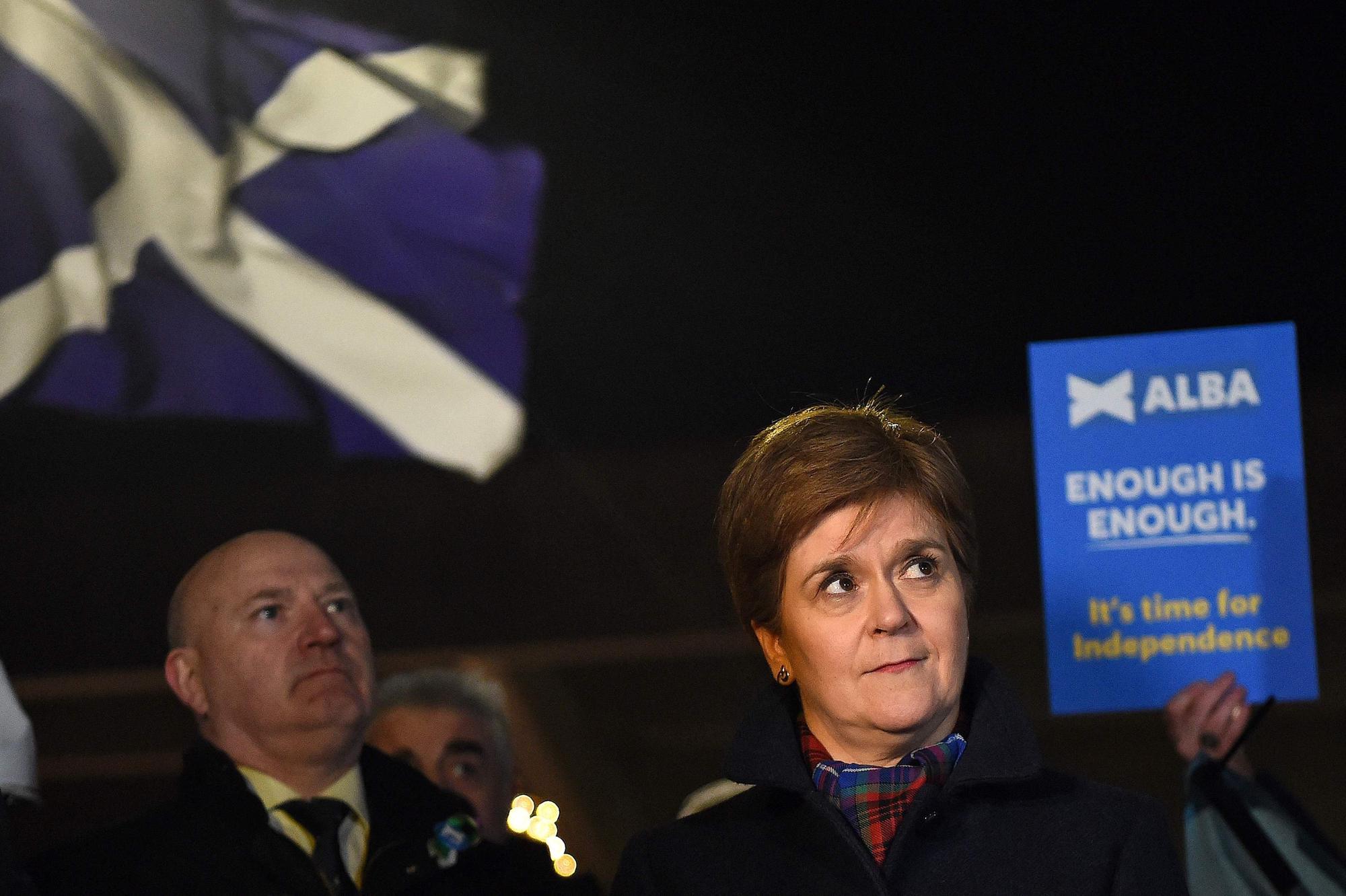 Sturgeon already shares Trump’s “black is white” relationship with reality. Why shouldn’t she steal his slogan, too? And his baseball caps while she’s at it.

The First Minister’s response to the announcement of the UK Supreme Court that the Scottish Government does not have the authority to run a second independence referendum was a shameful exercise in cheap rabble-rousing. Sturgeon knew, long before the court published its decision, what it would say. The Scotland Act is quite clear on where the power to run a referendum lies.

But the First Minister got what she wanted out of this charade. She got fuel for the nationalist grievance machine. And, boy, has she fired that up.

According to Sturgeon, her campaign is now about more than the matter of independence. Addressing a crowd of nationalists which had gathered outside the Scottish Parliament on Wednesday, she said the Yes campaign was now “Scotland’s democracy movement”.

This was reckless to the point of being dangerous. It was dishonest rhetoric designed to fuel anger and nothing more.

There is nothing undemocratic about the fact the Supreme Court agreed the wording of the Scotland Act – the legislation supported by the SNP as Holyrood was established – means what it says.

Nor is there anything undemocratic about the UK Government refusing to green-light a referendum desired by a minority of Scots. Rather than that position being democracy denied, it is an example of democracy upheld.

When Sturgeon succeeded Alex Salmond as First Minister after defeat for the Yes campaign’s “once in a generation” referendum in 2014, her spin doctors quickly let her thinking on a second constitutional vote be known. She would only push for a re-run of the question when polls showed, over a period of at least six months, that support for independence was running at 60 per cent or more. It was crucial not only that a second defeat was avoided – that, after all, might prove fatal to the independence movement – but that when a referendum was eventually won, it was done so by such a margin that it could reasonably be described as the settled will of the people.

This might not have been what the more excitable members of the nationalist movement wanted to hear but it was a sensible approach to matters.

Unfortunately, while the First Minister was happy for her spinners to peddle one narrative, she had a different script for her supporters. Time and again, she told them a second independence referendum was within their grasp. One more heave, lads, and they’d be there.

But the majority of voters refused to play along. Support for independence remained the preference of fewer than half of Scots. The breakthrough promised by Sturgeon refused to materialise, despite her repeated claims that it would.

The First Minister’s wheeze of having the Supreme Court rule on her competence to run a referendum was not evidence of a campaign gaining momentum but proof she had failed to achieve her objective.

Achieving that objective – to shift opinion among a substantial number of those who had voted No in 2014 – required Sturgeon to provide compelling answers on questions around matters including currency, borders, and pensions. Over the past eight years, the First Minister has failed to deliver those answers. Wicked Westminster hasn’t hobbled the independence movement, Sturgeon has.

The First Minister and her colleagues insist the SNP has an unshakeable democratic mandate for a second referendum. This is simply not true. A political party cannot be mandated to enact something outwith the competence of the devolved parliament it controls.

And if that’s too tediously technical a reason for some, there’s always the fact most Scots don’t want a referendum. Not only is independence the preferred outcome for fewer than half of us, only a third of Scottish voters want a referendum next year.

With her nonsensical claim that the nationalist movement is now the defender of democracy, Sturgeon cons her supporters into believing that her failure to deliver second referendum is the fault of others.

The truth is that there is a perfectly clear route to a second referendum on independence. If the First Minister can demonstrate that a desire to break the Union is the preference of a clear majority of Scots, then refusal to play constitutional ball would be unsustainable for any Westminster government.

Sturgeon will now proceed to use the next General Election as what she calls a “de facto referendum” on independence. If a majority of Scots vote for pro-independence parties, she plans to open secession talks with the UK Government.

This is a foolish move which will surely end in her political demise.

A General Election is a General Election, not a single-issue referendum – “de facto” or otherwise – and the result, if it went Sturgeon’s way, would confer on her no authority to remove Scotland from the UK.

What’s more, with Labour now riding high in the polls, the argument that the best way to end Tory rule is to vote SNP looks pretty damned weak.

And then there’s the small matter of who’ll get a say in the next General Election. Support for independence is higher among younger Scots. This is why the SNP legislated to give 16 and 17-year-olds a vote in Holyrood elections. However, these young nationalists will not have a say in a General Election, where the minimum age for participation remains 18.

Nicola Sturgeon may have succeeded in generating some anger among blood and soil nationalists over recent days but it is not Westminster’s fault that a second referendum won’t take place next year, it is hers.

And it will be her fault, too, when the result of the next General Election doesn’t bring her supporters what they want.