DLF mulls auction bid for Delhi mall with base price of $366 mn: Report 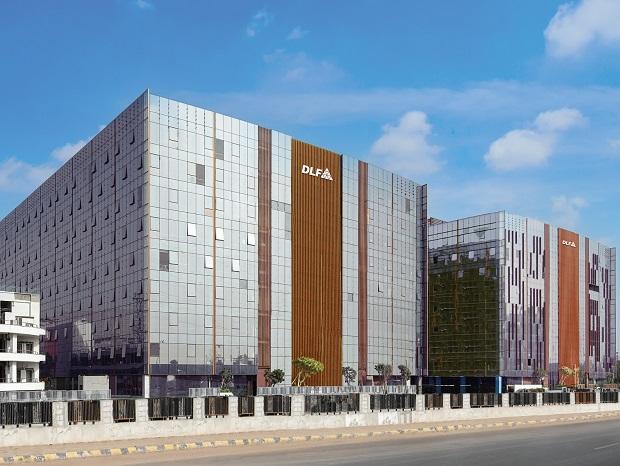 India's biggest real estate developer DLF is evaluating a bid for a prominent New Delhi shopping mall which has a starting auction price of $366 million, according to two sources and a public notice seen by Reuters.

The 1.2 million square feet “Ambience Mall” in the posh southern district of India's capital has been put up for auction as its current owner, the Ambience Group, has not paid debt of $149 million to Indiabulls Housing Finance and other creditors, according to a previously unreported public auction notice.

DLF will review data related to the mall's occupancy status and contractual obligations and then consider whether to bid for it or not, one of the sources with direct knowledge said on Thursday.

The Ambience mall houses prominent brands like Swedish fashion retailer H&M and Uniqlo, owned by Japan's Fast Retailing. It is located right next to two other giant DLF malls on the same stretch, including one that houses luxury brands.

“It's a very well-located asset. It's become a destination in itself because of other malls around it. It's a bouquet of brands together,” said the second source who declined to be named.

The Ambience Group's website states it has interest in residential and office real estate, as well as shopping malls and hotels.

A public notice stated the auction will end on Sept. 5 and that the reserve price for the mall was 29 billion rupees ($366 million). It was not immediately clear when the auction began.

An Indiabulls executive involved in the auction process told Reuters two companies had expressed interest in the mall already, but declined to share their names.

Iron Man hasn’t had much luck with video games (pic: Marvel) The first big budget Marvel game was set to be an Iron Man game by the makers of Just Cause but it was cancelled due to studio interference. For over a decade Iron Man was the most popular ...

Sign up to our NationalWorld Today newsletter Jazmine Nichol has shared that she’s “lucky to be alive”, after developing sepsis and being rushed to hospital for emergency surgery. The Love Island star, 21, from Newcastle, is in a stable condition after a terrifying health scare that left her “vomiting uncontrollably”. ...

Prime Minister Justin Trudeau is resuming his summer politicking tour today with a trip to Quebec’s Gaspe Peninsula. Trudeau is there to continue the summer meet and greets he started in July in other parts of Canada. His planned events include visits to a farm, wind farm and a train ...

Treasury Department rejects GOP claims on new IRS agents Auditors will enforce tax laws on high-income earners, not the middle class. The Internal Revenue Service does not plan to use the nearly $80 billion it's set to receive in funding from the Inflation Reduction Act to hire 87,000 new agents ...

Disqualified for disabilities, railroad workers fight back Union Pacific has already lost three lawsuits over the way it removes employees with health conditions because of safety concerns, and the prospect of hundreds more lawsuits looms over the railroad Terrence Hersey stands for a portrait at his home Friday, June 17, ...

IMF delegate to visit Sri Lanka amid economic crisis. (Photo: Bloomberg) The Sri Lankan government's negotiations with the IMF for a bailout package have made “good progress,” the Central Bank Governor said on Thursday, indicating that a top delegation of the Washington-based lender is expected to arrive here at ...

Popular video streaming platform Netflix's upcoming ad-supported tier is unlikely to make the platform's offline viewing feature available to members on this low-end tier of the service. According to TechCrunch, this discovery came about when developer Steve Moser found code within the Netflix iPhone app that suggested the streamer ...

Waitrose set to close two stores with almost 200 jobs at risk - is one near you?

Distraught dad vows to 'fight for the truth' over death of girl, 11, at water park

Janet Jackson's Rhythm Nation is a form of cyberattack

How to navigate Clearing and change university on results day