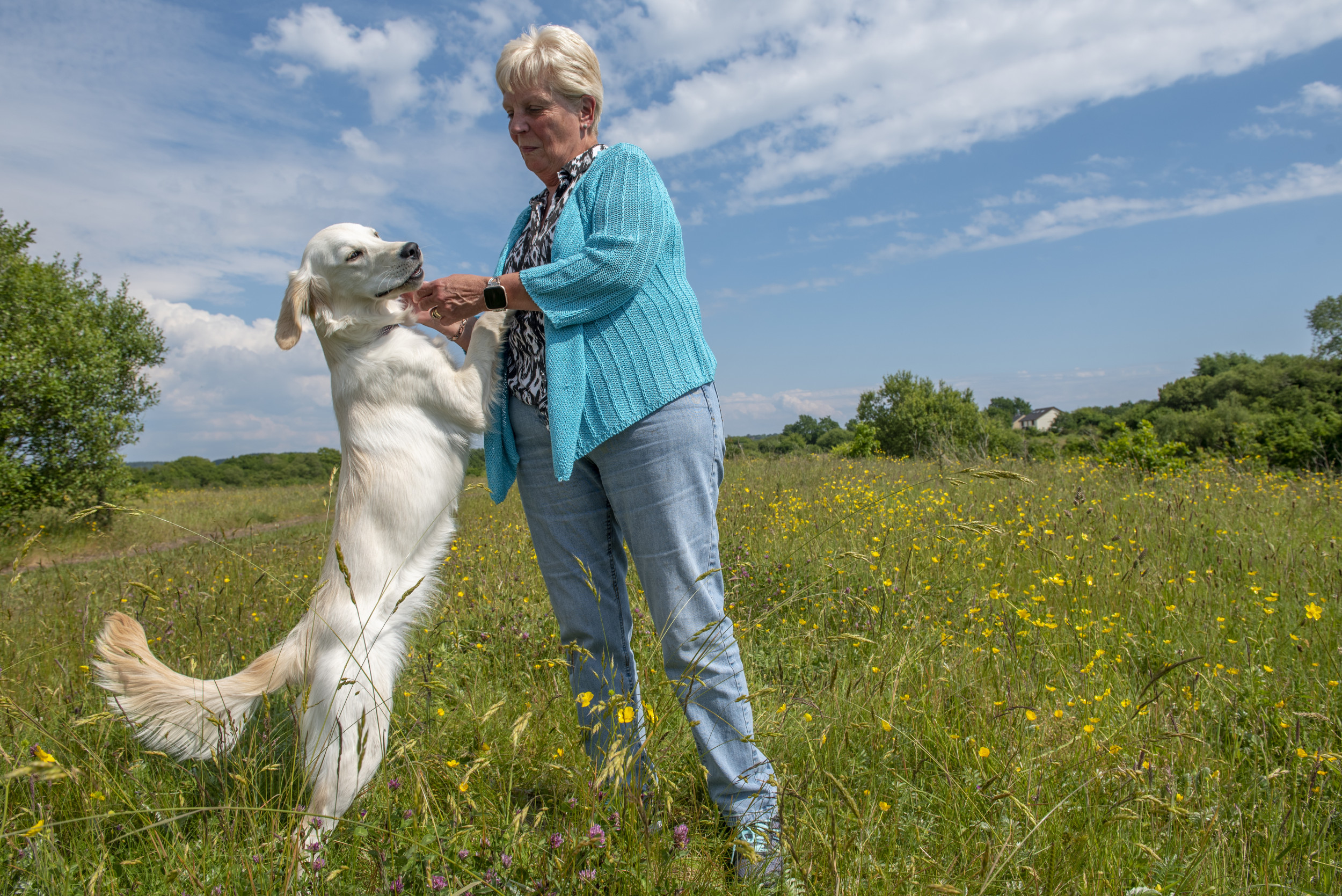 Stock image. Dog hugging grandma. A dog has melted hearts after a video of him recognizing his grandma after six months went viral.

A dog named Whiskey has melted hearts online after a video showing him recognizing his owner’s mother, even though he hadn’t seen her in six months, went viral on social media.

In the video, posted Sunday on TikTok by the dog’s owner under the username Whiskey__blu, the Australian shepherd and border collie mix can be seen quietly walking with his owner as the grandmother walks by and pretends not to know him.

At first, he slows down and stops to sniff around. Then, after a “quick double take,” he finally recognizes the grandma and jumps all over her.

The viral video, which has so far received over 13.8 million views and 2.3 million likes, comes with a caption that says, “Seeing if my dog recognizes my mom walking by after not seeing her for six months.”

Dogs can recognize humans by smell, and they get very excited when they smell familiar people, according to Australia’s Royal Society for the Prevention of Cruelty to Animals Queensland. They can also remember positive experiences connected to a person’s smell. In addition, a study found that dogs are able to recognize their owner’s facial features. Moreover, dogs that live with families are more responsive to human faces and more observant of familiar faces compared with unfamiliar ones.

Another user, Fat Sausage, commented: “Pupper said ‘now hold the hell on!” And bossybitxxh said: “It’s their scent she noticed her scent after walking past but wasn’t sure a dog knows when you’re around the corner from home.”

Timotei25 wrote: “He smelled the scent and was like I KNOW HER.” And Katpotkin said: “Dogs don’t recognize by sight, they recognize by smell, that double take was getting the scent.”

Jason Thompson added: “Hold on a second! Grandma? *gasp* grandma! Oh, it’s been so long since I’ve last seen you.”

Cloudkicker commented: “The processing and realization. so precious.” And LittleMissPainter wrote: “Dogs love their grandparents. My 14-year dog tries to jump Tru my das car window when he sees him and my ma.”

Newsweek has reached out to Whiskey__blu for comment and could not verify the details of the case.

Do you have funny and adorable videos or pictures of your pet you want to share? Send them to [email protected] with some details about your best friend and they could appear in our Pet of the Week lineup.