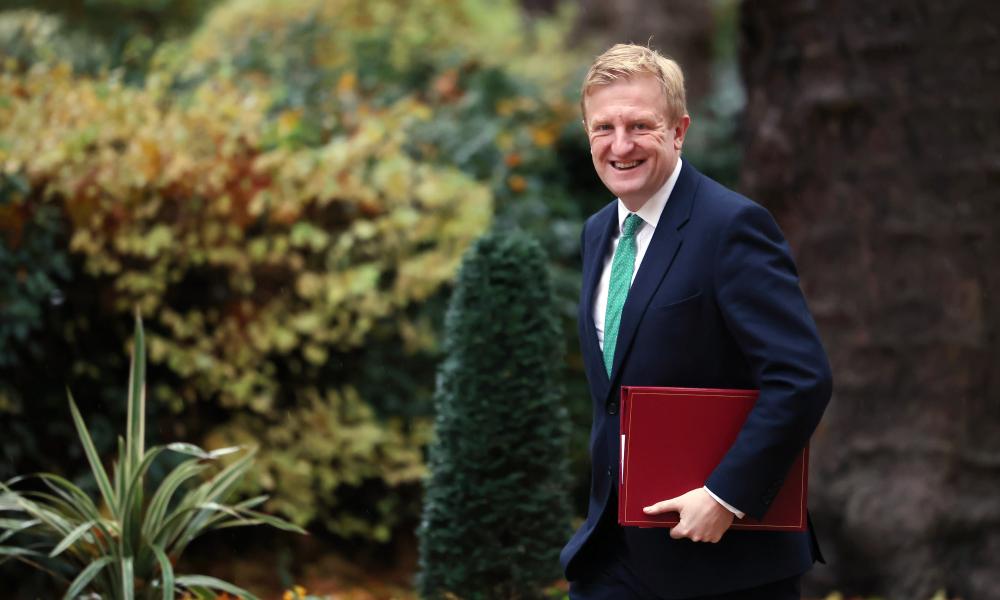 The cabinet minister Oliver Dowden received more than £8,000 in fees for “policy advice” to the company of a hedge fund manager who hosted a champagne reception for the former chancellor Kwasi Kwarteng on the day of the disastrous mini-budget.

Dowden, a close ally of Rishi Sunak, was briefly employed by Caxton Associates, the hedge fund of Andrew Law, after resigning as Conservative party chairman earlier this year.

Law, a substantial party donor, hosted the reception for Conservative backers and business leaders at his home on the evening of Kwarteng’s mini-budget, which triggered market turmoil.

It was later reported by the Times that Law’s hedge fund had been shorting the pound and would probably have profited from the fall in its value triggered by the mini-budget. Law is also a substantial party donor, having given more than £3m to the Conservatives over almost two decades.

There is no suggestion that Kwarteng provided any hedge funds or Tory donors with any insider information, or that any of the hedge funds were trading on the basis of information that was not public.

A spokesman for the Conservative party said at the time it was “not unusual for politicians to attend political fundraisers” and that “absolutely no information was given to anyone in attendance that was not already in the public domain”.

Dowden provided “policy advice” to Caxton Associates in October while he was still a Conservative MP, despite having been in the cabinet until June.

He gained permission for the job from the Advisory Committee on Business Appointments, making £8,398 for 12 hours of work between 24 September and 24 October when he resigned to join Sunak’s government as chancellor of the duchy of Lancaster, working from the Cabinet Office.

In its advice letter approving the job, Acoba said: “You sought the committee’s advice on taking up a paid, part-time appointment with Caxton. You stated Caxton is a global macro hedge fund founded in 1983.

“The website states its aim is to deliver ‘ … consistent absolute returns for its investors irrespective of the market environment’. It states it uses: ‘Rigorous analysis, disciplined risk management, and a relentless pursuit of excellence underpin Caxton’s reputation as a market leader.’

“You informed the committee you will be a policy adviser to provide advice and analysis on international and UK policy developments. You said this role does not involve contact with government and that your proposed contract will include a specific clause making clear that ‘ … for the avoidance of doubt, Caxton is not retaining you as an adviser for the purpose or intent of influencing or affecting, in any manner, any current or proposed legislation or any government official or action’.”

Dowden’s work for the hedge fund and art business come after MPs’ second jobs have come under scrutiny in the last year.

Under Boris Johnson, the government suggested it might set a limit on hours and/or pay from second jobs held by MPs. The former prime minister had pledged to clamp down on MPs’ second jobs after the Owen Paterson lobbying scandal and a furore over Geoffrey Cox being paid nearly £6m as a lawyer since joining parliament, voting by proxy on days he was undertaking paid work.

However, it later dropped the proposals claiming a ceiling on earnings would be impractical.

Other former ministers to have taken second jobs in the last year include Gavin Williamson, a former education secretary who took on a £50,000-a-year job for RTC Education, a higher education firm offering higher national diplomas, which is linked to two Tory donors Selva Pankaj and Maurizio Bragagni.

Williamson quit the RTC Education job on joining Sunak’s government as minister of state without portfolio. Two weeks later he resigned from the government in relation to bullying allegations, which he denies.

The Cabinet Office and Law have been approached for comment.