THIS is the dramatic moment a Range Rover flips onto its side after smashing into an Audi and two BMWs in a horror smash.

Footage shows the grey 4×4 miraculously missing a pedestrian as it hurtled down City Road in Rotton Park, Birmingham. 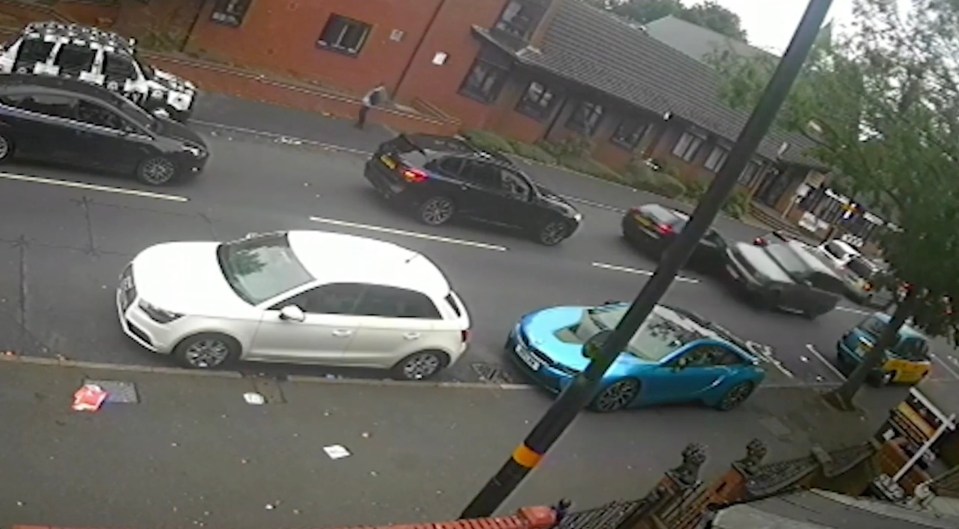 The Range Rover can be seen colliding with the front of an Audi waiting in trafficCredit: BPM Media 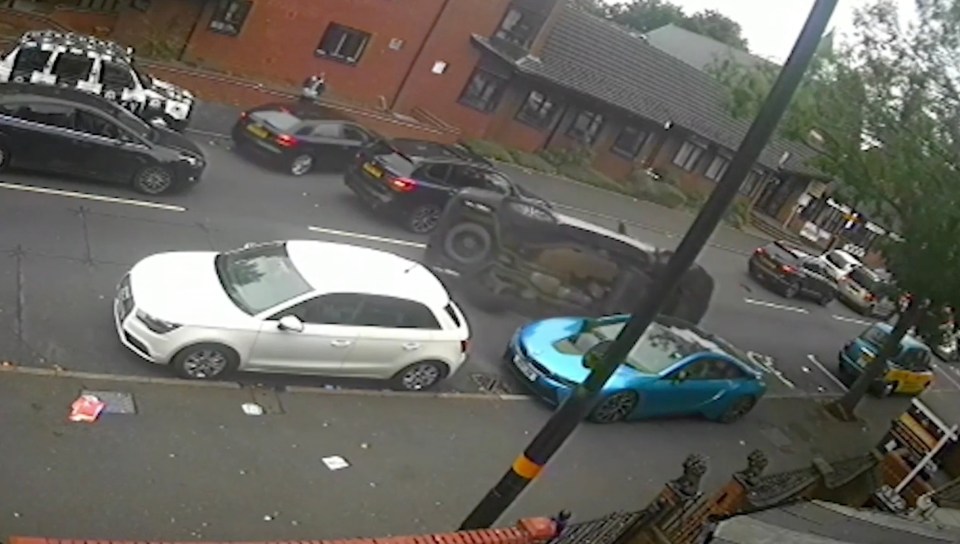 It then careers into two other vehicles before flipping on its side in the horror smashCredit: BPM Media

The huge motor is seen veering into a busy lane where a string of unsuspecting motorists were waiting at around 5.45pm on Wednesday.

It then collides with the front of a stationary Audi, sending it careering backward onto a pavement – straight into the path of a pedestrian.

The bemused bystander is seen diving out of the way before surveying the chaos unfolding in front of them.

The force of the bump sent the Range Rover spinning through the air, before it landed on its side in the middle of the road.

As it shoots down the street, the uncontrollable SUV also strikes a black BMW that was waiting in traffic, shunting it backward.

Another bright blue BMWi8 parked on the curb on City Road is also hit by the 4×4, before it eventually came to a standstill.

Surveillance cameras then captured a string of drivers and locals running to check on the motorist trapped inside the Range Rover.

Emergency services rushed to the scene in wake of the incident and closed the major thoroughfare to clear the debris.

Unbelievably, no one was said to have been seriously injured in the rush hour smash.

The owner of the BMWi8, lawyer Asad Khan, told Birmingham Live he had only just exited his vehicle moments before the collision.

He explained: “I had just parked up and heard a very loud noise, like a crash of sorts.

“I went straight back up and I saw a car that had spun onto it's roof and perched up against my car.

“There were about two occupants in the 4X4. The police, ambulance and fire came within minutes.

“They cleared the scene and tried to free the trapped occupants. The 4×4 had hit the Audi then the BMW and then my car.

“There was not a lot of damage to my car, just a scuff and knock.”

West Midlands Police confirmed they were called to the crash which involved three cars.

The force said no one was seriously injured. 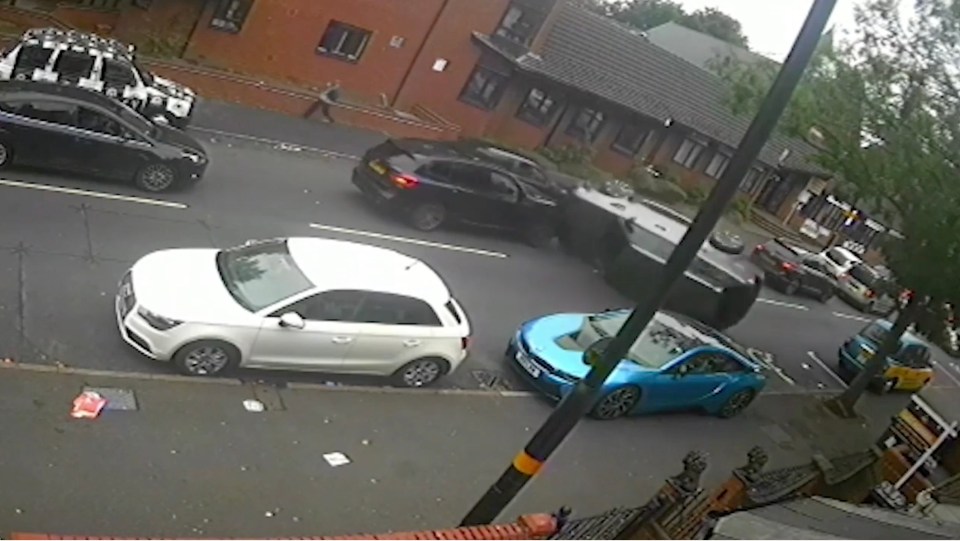 Dramatic footage captured the moment the car flipped through the airCredit: BPM Media 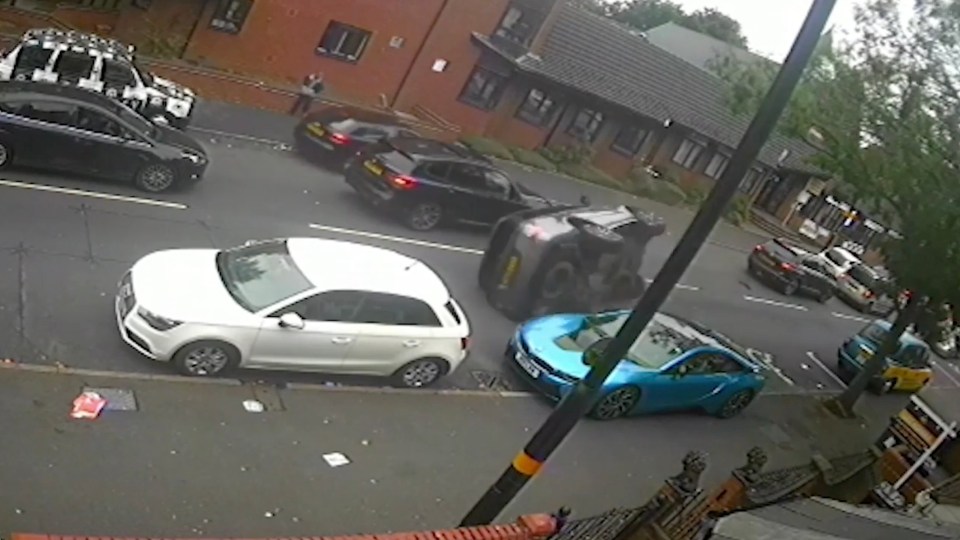 Miraculously, no one was hurt in the chaotic collision in BirminghamCredit: BPM Media

Tom Stevenson has become a Countdown phenomenon Channel 4 Audiences have been gasping every day this week as Countdown contestant Tom Stevenson broke two records on the 40-year-old show. The 21-year kept his nerve for the final Countdown Conundrum – solving a nine-letter anagram – despite the host reminding ...

Trojena, the proposed mountain tourism destination that will form part of Saudi Arabia’s Neom megaproject, will host the 2029 Asian Winter Games. The kingdom is set to become the first nation in western Asia to host the games, with more than 32 countries due to participate. “This achievement sheds light ...

2023 BMW M2 Protoype exterior The smallest and largest M models will be seen at the BMW Performance Center in South Carolina. We are days away from the world premiere of BMW’s hotly anticipated M2 as the wraps will come off Tuesday, October 11. The digital premiere will be ...

What Are Audi's Designers Thinking?

The A-Z of the utterly baffling world of modern sexuality: From Autoromantic to Zygosexual (otherwise known as a swinger), CLAUDIA CONNELL navigates the choppy waters of contemporary language