Ed Sheeran vs Marvin Gaye: Thinking Out Loud copyright case explained - did star ‘steal’ Let’s Get It On ideas

It’s been a favourite first dance song at weddings across the UK since its release in 2014, but Ed Sheeran’s hit ‘Thinking Out Loud’ is facing a court challenge over allegations the singer ‘stole’ elements of Marvin Gaye’s tune ‘Let’s Get It On’.

In a US court case that’s set to be reminiscent of the superstar’s earlier in 2022 – – he will have to prove key parts of his track do not infringe the copyright of the 1973 track.

The latest court case comes as the . He has also recently popped up for and released new single ‘Celestial’ .

So, what exactly is the latest Ed Sheeran court case set to contest – and what has he said? Here’s everything you need to know. 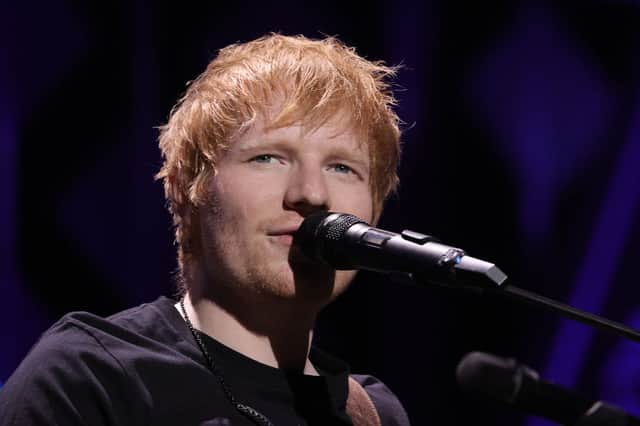 What is the Ed Sheeran copyright case about?

Ed Sheeran’s latest legal challenge over copyright infringement concerns perceived similarities between his track ‘Thinking Out Loud’ and Marvin Gaye’s hit ‘Let’s Get It On’.

Originally started in 2018, the owners of the Marvin Gaye track – investment banker David Pullman and a firm called Structured Asset Sales (SAS) – allege that Sheeran and his co-writer Amy Wadge “copied and exploited, without authorisation or credit” parts of Gaye’s song. 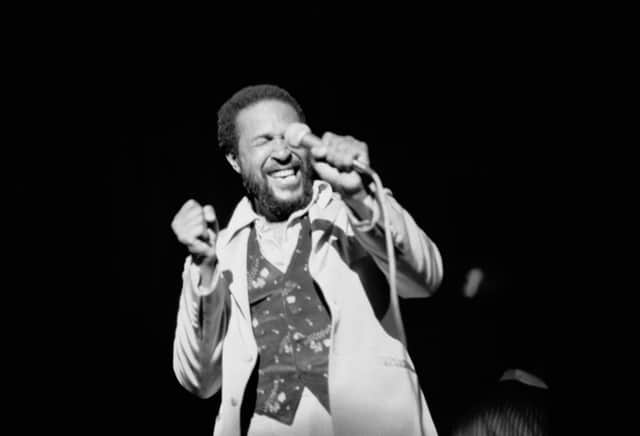 Marvin Gaye was shot dead by his father in 1984 (image: Getty Images)

This includes, but is not limited to, the following elements of ‘Let’s Get It On’:

Pullman and SAS – who own the estate of the song’s co-writer Ed Townsend – want $100 million (£90 million) in damages from Sheeran. The case has nothing to do with the family of Marvin Gaye, who died in 1984 aged 44 after being shot by his father in a domestic altercation.

It is not the first time a Marvin Gaye song has been in court as a result of copyright infringement claims. Robin Thicke and Pharrell Williams hit ‘Blurred Lines’ was in 2015, with Marvin Gaye’s estate getting a multimillion pound payout and half of all future royalties.

Why is Ed Sheeran copyright case going to court?

Ed Sheeran had sought to dismiss the lawsuit. The star’s lawyers denied the allegations of copyright infringement, and said the combination of elements Sheeran allegedly took was not unique enough to be covered by copyright law.

But on Thursday (29 September) US District Judge Louis Stanton denied the motion to throw out the case after on the allegations. 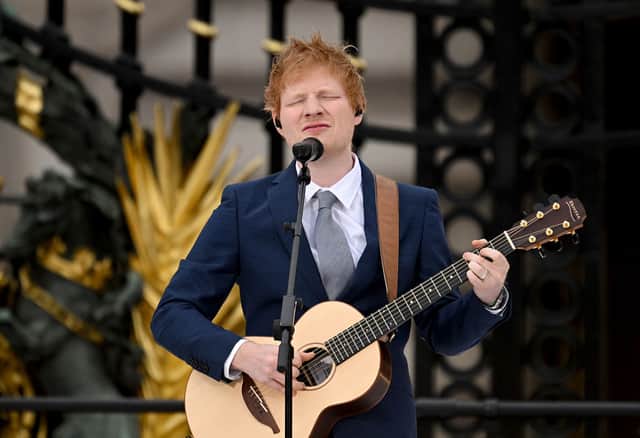 Ed Sheeran won a copyright challenge over his song ‘Shape of You’ in April 2022 (image: Getty Images)

“There is no bright-line rule that the combination of two unprotectable elements is insufficiently numerous to constitute an original work,” Judge Stanton wrote in his ruling, which was obtained by the PA news agency.

“A work may be copyrightable even though it is entirely a compilation of unprotectable elements.”

In conclusion, he wrote: “Sheeran’s motion for summary judgement dismissing SAS’s claim for infringement is denied.”

There will now be a jury trial for the civil case in New York. Jurors will have to decide whether concert revenue can be included in any damages.

Ed Sheeran and his lawyers have not yet commented on the ruling. However, after winning his case against Sami Chokri in April, the musician said he hoped the result would halt future “baseless claims” about his songwriting.

He added that copyright claims had become “way too common now” and were “not a pleasant experience”. A court date for the latest copyright challenge is yet to be set.

US hiring stayed strong in November as employers add 263,000

South Africa’s Farmgate scandal: who is President Cyril Ramaphosa, will he resign, could he be impeached?

Dear Life Kit: My folks guilt-trip me into spending the holidays with them

In his 2013 video “Second-Hand Reading,” South African artist William Kentridge appears as if walking across the pages of a dictionary. Beside him, as he makes this contemplative passage, words in black block letters briefly overlay the alphabetic entries: “WHICHEVER PAGE YOU OPEN,/THERE YOU ARE.” It’s classic Kentridge — the ...

How to Watch Argentina Vs. Australia in FIFA World Cup Round of 16

Both teams went 2-1-0 in the group stage


View more: How to Watch Argentina Vs. Australia in FIFA World Cup Round of 16

Travellers face major later this month as ground staff have . The 72-hour strike action will affect flights operated by 10 major airlines from Heathrow Terminals 2, 3 and 4, impacting holidaymakers heading abroad for a . Around 350 members of Unite working for will walk out from 4am on ...

Kate Ferdinand: ‘Rio and his children gave me the love I needed’

Watch: Kate Ferdinand talks about feeling judged and how meeting Rio changed her outlook on life She’s known as the young woman who bravely and brilliantly took on the role of stepmother to Rio Ferdinand’s three grieving children. This followed the tragic death in 2015, of his wife Rebecca, ...


View more: Kate Ferdinand: ‘Rio and his children gave me the love I needed’

WASHINGTON —  The nation’s employers kept hiring briskly in November despite high inflation and a slow-growing economy — a sign of resilience in the face of the Federal Reserve’s aggressive interest rate hikes. The economy added 263,000 jobs, while the unemployment rate stayed 3.7%, still near a 53-year low, the Labor ...

infection rates have increased in England in the last week, new data published today (2 December) by the Office for National Statistics (ONS), shows. The ONS estimates that just over one million people across the UK had the virus in the week ending 21 November 2022. In England 873,200 were ...

A protest over China’s Covid restrictions at Columbia University turned violent when a counterdemonstrator coldcocked a woman taking part in the rally, police said Friday. The assailant struck the 21-year-old several times in the head, knocking her out at 7:50 p.m. on Monday in front of the Low Memorial Law ...

TORONTO — New research indicates refugee children and youth aged under 17 do not place substantial demands on the health care system in Ontario compared with their Canadian-born peers. A study led by SickKids hospital in Toronto and non-profit research institute ICES compares 23,287 resettled refugees to 93,148 matched Ontario-born ...

Is it possible to stop red wine staining your teeth?

Boy, 1, eaten alive by crocodile that snatched him from canoe as dad helplessly tried to fight it off

I bought a disgusting London home filled with rubbish for £85,000 – I transformed it for £34k… now its value has doubled

I got on the wrong flight despite crew checking my boarding pass – and ended up 3,000 miles away

The Sydney Modern project is finally open. Has the Art Gallery of NSW’s $344m expansion paid off?

‘It was a huge relief that she liked it’: a first-time art buyer’s maiden painting

‘We bring something fresh’: the theatre companies exploding myths about disability

US hiring stayed strong in November as employers added 263,000 jobs

What happens to ‘Emancipation’ after the slap?

John Dutton Keeps Jamie Around Out Of 'Necessity,' According To Yellowstone's Wes Bentley - Exclusive

How many reindeer does Santa have? List of deers with Rudolph pulling Father Christmas, his sleigh and names

Can Covid survive on food? New research claiming virus can stay on some groceries explained

Technoblade's farewell is the top trending YouTube video of 2022