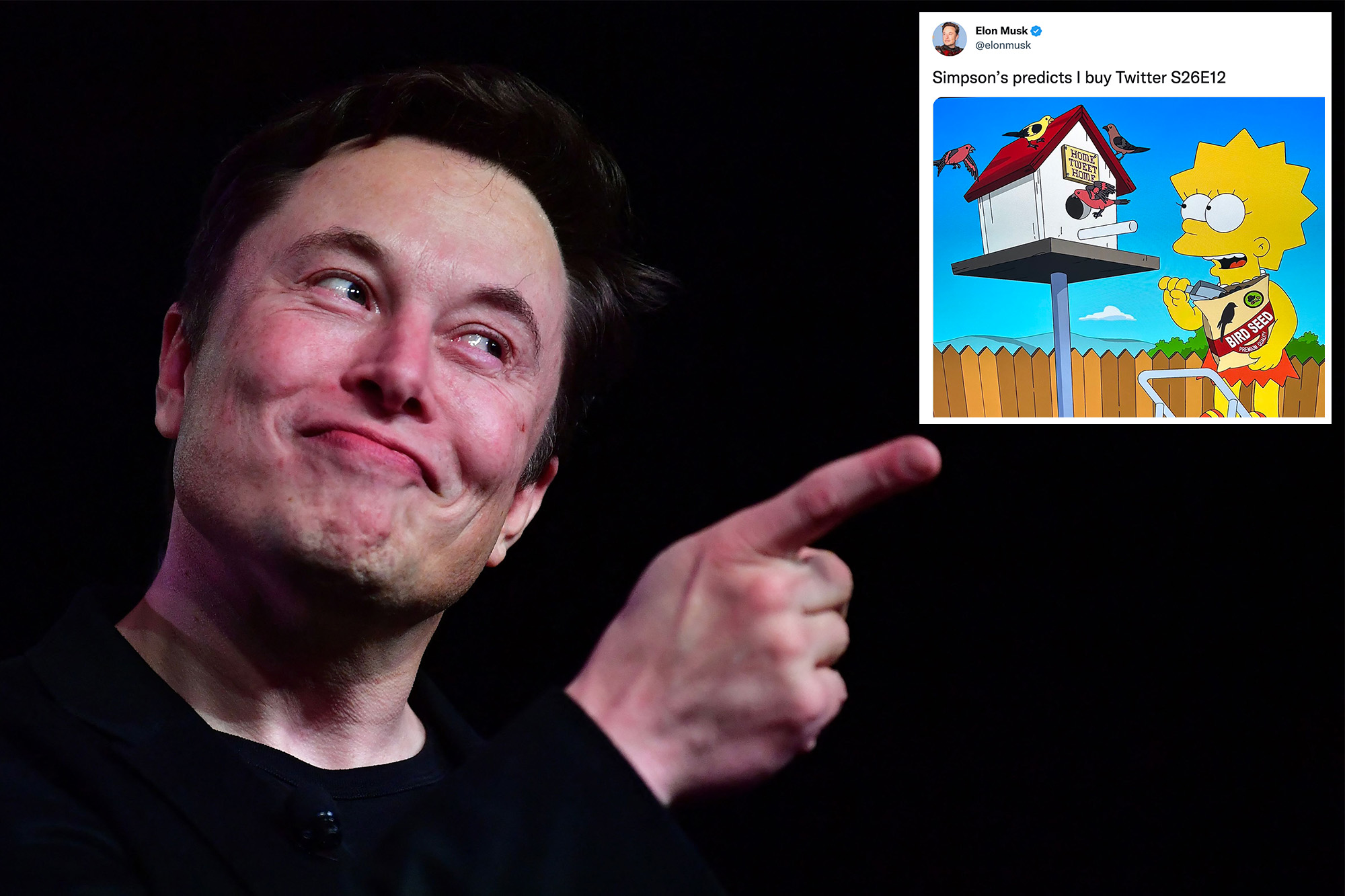 Elon Musk says “The Simpsons” predicted his Twitter takeover on an episode that aired in January 2015. Twitter

The Simpsons have done the unpossible again.

Elon Musk is highlighting a 2015 episode from the Fox animated sitcom that seemingly hinted at his Twitter takeover.

The episode, titled “The Musk Who Fell to Earth,” begins by showing Lisa Simpson tending to a birdhouse with a sign that reads, “Home Tweet Home.” She is feeding baby birds when a bald eagle snaps them up and kills them.

As the eagle flies into the distance, Musk arrives in his rocket ship. Fire from the aircraft incinerates the eagle — a longtime emblem of the U.S.

“Brace yourselves, family. We are about to meet a being with intelligence far beyond ours,” Homer Simpson says before directing Bart to grab his baseball bat. 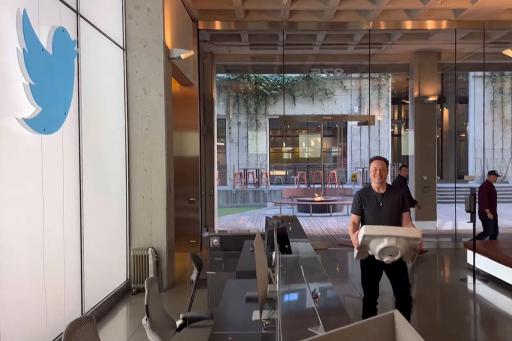 Musk takes off his space helmet and identifies himself: “Hello, I’m Elon Musk.”

Homer hurls the bat at his head. Lisa yells, “Dad, no! Elon Musk is possibly the greatest living inventor.”

The camera pans to a new technologically advanced birdhouse that has attracted several birds.

“I guess humanity wants its change once birdhouse at a time,” Lisa says as Musk re-boards his ship.

The Simpsons have long been known to predict future real-life scenarios.

Fans of “The Simpsons” are also convinced the show predicted England and America’s woeful 0-0 World Cup 2022 draw that played out Friday.

On the 1997 episode “The Cartridge Family,” the family watches a TV ad for a match that will determine “which nation is the greatest on Earth,” but just seconds into the action, Homer is heard screaming “boring!”

A number of other predictions that eventually came true include Donald Trump’s 2024 presidential run and Germany lifting the World Cup in 2014.

On the heels of James Dolan publicly declaring his playoff expectations for this season, Knicks’ coach Tom Thibodeau said he doesn’t feel pressure to reach the owner’s goal. “I never feel pressure because I know what I put into each day,” Thibodeau said. “I think anybody who puts everything they ...

The Memphis police chief on Saturday disbanded the unit whose officers beat to death Tyre Nichols as the nation and the city struggled to come to grips with video showing police pummelling the black motorist. Police Director Cerelyn “CJ” Davis said she listened to Nichols’ relatives, community leaders and ...

When dim sum restaurant Swee Choon turned to Jonathan Lim in January 2020 to see how it could improve its e-shop, he noticed something. Swee Choon was selling its siew mai (pork and shrimp dumplings) and other offerings by the piece. If a customer wanted to buy three dumplings, he ...