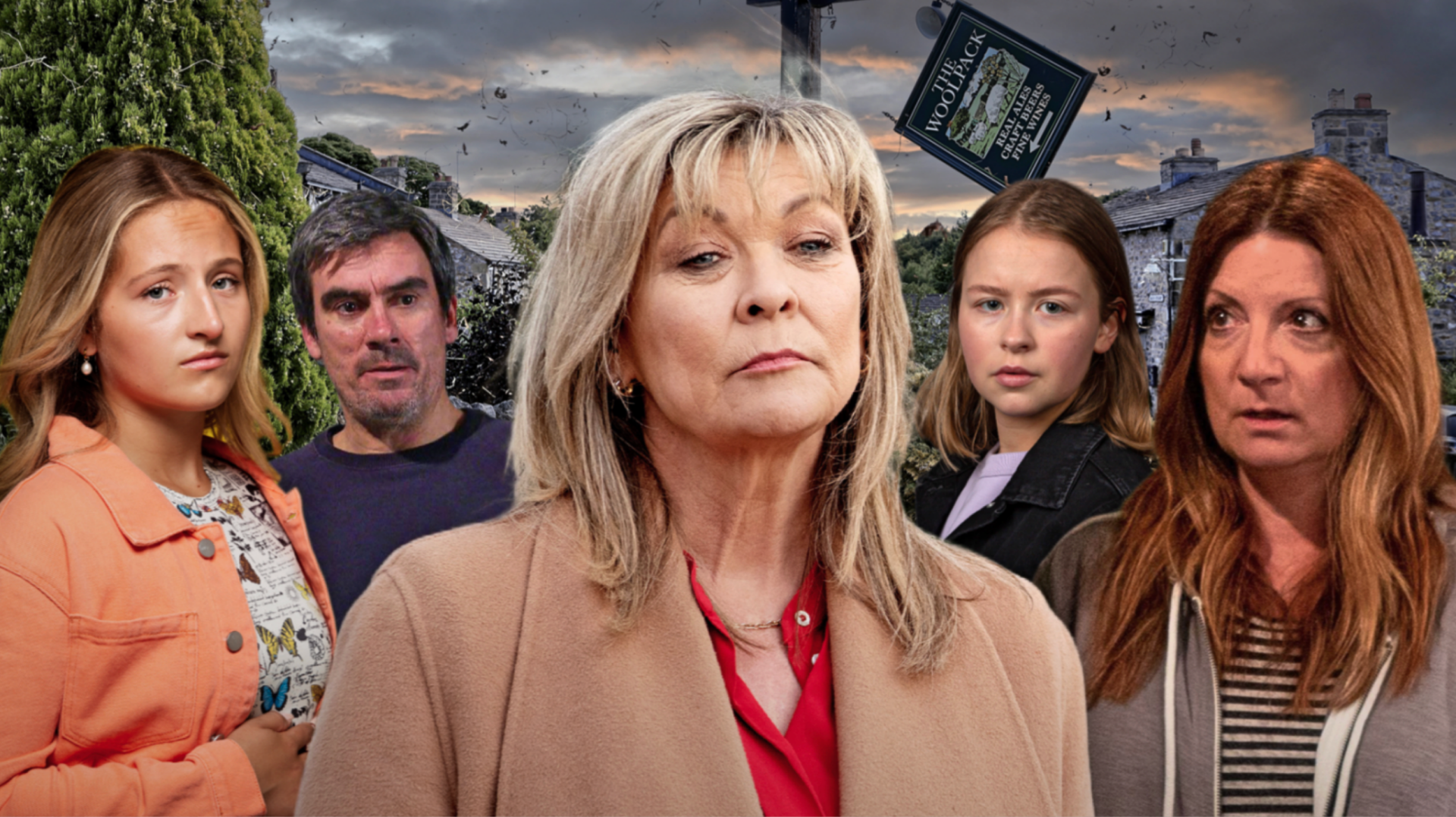 Emmerdale has been teasing their big 50th anniversary episodes since August, so we’ve picked up a lot of titbits along the way.

The ITV soap will begin the anniversary celebrations in the coming episodes, with fan-favourites set to return especially for the milestone event.

Tracy Metcalfe (Amy Walsh), Aaron Dingle (Danny Miller) and Diane Sugden (Elizabeth Estensen) will make their way back to the village, ahead of the big stunt for the anniversary.

Expect chaos and destruction as a storm puts lives on the line – and here is everything we know about what’s coming up in the Dales!

You’ve got a big storm coming…

Now, unless you’ve spent the last three months living under a rock, you’ll be very aware that a deadly storm is set to rock the village.

Producer Kate Brooks has previously revealed that the killer windstorm will ‘leave an absolutely massive trail of destruction in its wake’.

What’s a disaster episode without a wedding?

This time it’s the turn of feisty Kim Tate (Claire King) and Will Taylor (Dean Andrews), and with the matriarch of Home Farm in charge, we all know it’s going to be a complete spectacle.

Kim has already had poor Priya running around like a headless chicken as the preparations for the big day get underway, but will they even make it down the aisle before the storm hits?

Not to mention, Harriet (Katherine Dow Blyton) isn’t going to make things easy, now that she’s decided she’s in love with Will again.

Trapped and in labour?

Amelia Spencer (Daisy Campbell) has had quite a run of it over the past few months, and it doesn’t look like things are going to get any easier.

‘Amelia does play a very big part in the storm and she needs to be found because she’s stuck on her own.’ Executive producer Jane Hudson teased, despite not giving much else away.

‘Amelia is due soon. Whether or not she has the baby in the 50th celebration I’m obviously not going to tell you.’ Jane teased. 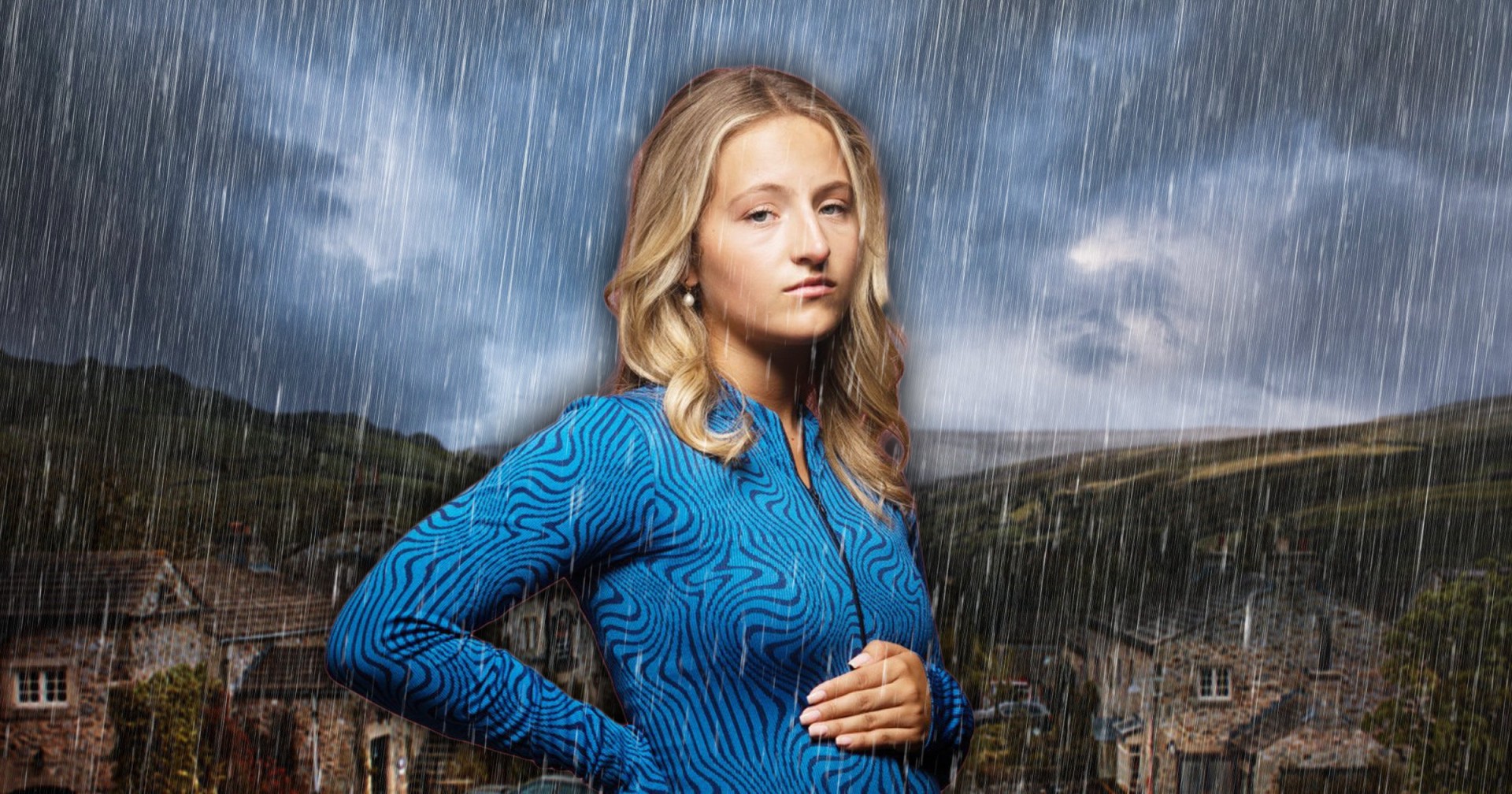 Amelia and the baby are in danger (Picture: ITV)

Judging by how far along she is in her pregnancy, it’s only a matter of time before the baby decides to make its arrival, and what’s an anniversary without some baby drama?

It has recently been reported that Liv Flaherty actress Isobel Steele is set to leave the ITV soap, and it has been widely speculated that her character will be one of the ones to succumb to the storm.

There have been no further comments from Emmerdale or the actress herself, so we’re still left guessing on the details of the alleged exit.

Judging by the epic cake-based trailer Emmerdale treated us to last week, there is set to be another showdown between Al Chapman (Michael Wildman) and Cain Dingle (Jeff Hordley). 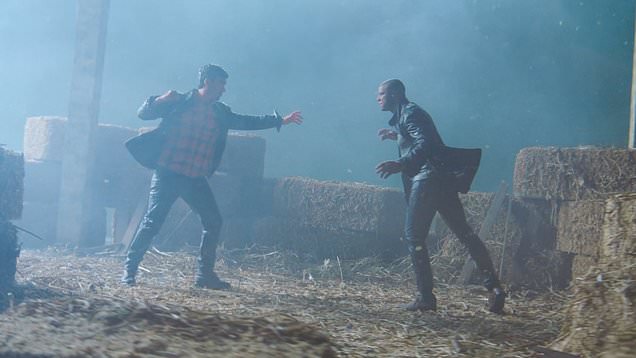 In the aftermath of Faith Dingle’s (Sally Dexter) death, tensions are certain to be high among the Dingles, and if details surrounding Chas’ (Lucy Pargeter) whereabouts during Faith’s final moments surface, then Cain is sure to lose it.

Could Al be on the receiving end of his rage?

With words like ‘killer storm’ being thrown around, it is guaranteed that at least one character won’t make it out alive.

Producer Kate Brooks told Metro.co.uk: ‘Some of our best-loved villagers will be in peril and it’s safe to say that literally the village won’t be the same after this.’

Consider everyone in danger.

For even more exclusive spoilers and interviews, sign up to Metro’s Soaps newsletter

Rolls-Royce Starts Hydrogen Tests On Turbine Engine In September, Rolls-Royce presented its AE 2100 test engine at an easyJet conference on the airline’s roadmap to net zero aviation. Today the BBC has reported that Rolls-Royce, in partnership with easyJet, has commenced tests running the AE 2100 on hydrogen. Check ...

An extension to a helicopter shed, eight new homes and an apartment building are all among the latest planning applications which have been submitted to Cornwall Council this week. Every week more than 100 applications are validated by the council and we have selected some of the more interesting proposals. ...


View more: Cornwall's latest planning applications include shed extension for man who uses helicopter to get to work

Inter keeper dropped from squad Important game for Indomitable Lions Epassy lines up between the sticks WHAT HAPPENED? The 26-year-old goalkeeper, who plays his club football for Serie A giants Inter, has not even been included among the substitutes for the Indomitable Lions’ second Group G outing at Qatar ...


View more: Why is Andre Onana not playing for Cameroon in crucial 2022 World Cup clash with Serbia?

She’s expecting her first child, a baby girl, with boyfriend Tommy Fury. And on Sunday, Molly-Mae Hague displayed her blossoming baby bump in a nude swimsuit as she enjoyed a relaxing swim, following a workout. The Love Islander, 23, took to her Instagram Stories where she shared a mirror selfie snap, which ...


View more: Pregnant Molly-Mae Hague displays her blossoming baby bump in a nude swimsuit as she enjoys a relaxing swim following a workout

You’ve probably distantly heard about Tampa, Florida â but mainly in the context of huge sporting events, stadium gigs or even business conferences. But Florida’s third city (from a holiday perspective, after established favourites Miami and Orlando) is also great for a bit of low-key winter sun. With a raft ...

Woman sparked debate saying wants to divorce her husband if he 'gains weight'Taking to Mumsnet she explained her fears he will become 'morbidly overweight'Some people argued that it sounds like she is the one with 'issues' around foodRead more: I put my baby to bed at MIDNIGHT so she sleeps through


View more: I will divorce my husband if he gains more weight - people say I'm 'mean', but I can't stay with someone who's morbidly obese

Nico Williams of Spain Liverpool are being linked with potential interest in young Spain forward Nico Williams. With the 2022 World Cup currently underway in Qatar, the Reds are likely to be keeping an eye on possible future signings across the tournament. Liverpool have seven players of their own ...


View more: Liverpool are 'scouting Spain star at the request of Jurgen Klopp'

Adele thanks Shania Twain for attending concert before admitting she would have freaked out: 'I would have combusted so hard had I seen it was you'

Video: Read the disgusting and vile threats female MP has been sent as she reveals she's even been run over because of her political views

Portland store posts searing note to customers on its front door after being forced to shutdown over rampant crime: 'Our city is in peril'

Jack Grealish says England criticism after US draw was a 'big overreaction' as he points out Three Lions are one of the top scorers at the World Cup... and he backs his Man City team-mate Phil Foden to make an impact

DWP offered £6k after I delayed my state pension for 8 years - is this right? NO, you are owed £32k, says Steve Webb after probing shocking error