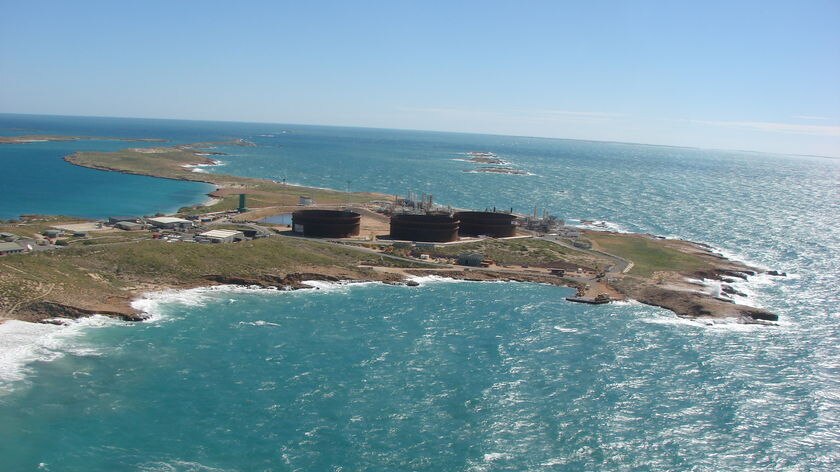 Output at the Varanus Island gas terminal has taken a hit following a leak.  ()

Energy Minister Bill Johnston says a gas leak at a pipeline off the coast of Western Australia’s Pilbara region, which has forced  Santos to cut output at its Varanus Island gas hub, will not impact the state’s gas supply.

The leak forced the closure of the John Brookes platform during “routine activities” at the facility, which is normally unstaffed, according to Santos.

Gas and oil from the platform feed into the nearby Santos-operated Varanus Island processing facility, which supplies major mining and industrial customers in WA.

Mr Johnston said there was “no expectation at this time” that the shutdown of the facility would impact the supply chain.

“There’s so many other supply points for natural gas, and in addition to that we also have a number of storage facilities that can supply gas,” he said.

“It’s quite possible to replace the supply from Varanus without challenging the system at this stage, but obviously we’d like to see the Santos facility repaired as quickly as possible.

“It’s not a failure of the well, or well integrity…which would be a much more difficult project to rectify.”

Santos said repairs at the John Brookes platform are expected to take approximately four to six weeks before the return of full production.

It’s understood other gas fields will continue to feed the Varanus Island processing facility, which lies about 100km west of Karratha.

“Varanus Island will continue producing at reduced rates and no changes to Santos’ previously communicated production market guidance is anticipated,” an announcement from Santos read.