The matches in November will continue preparations for next year’s tournament in Australia and New Zealand. 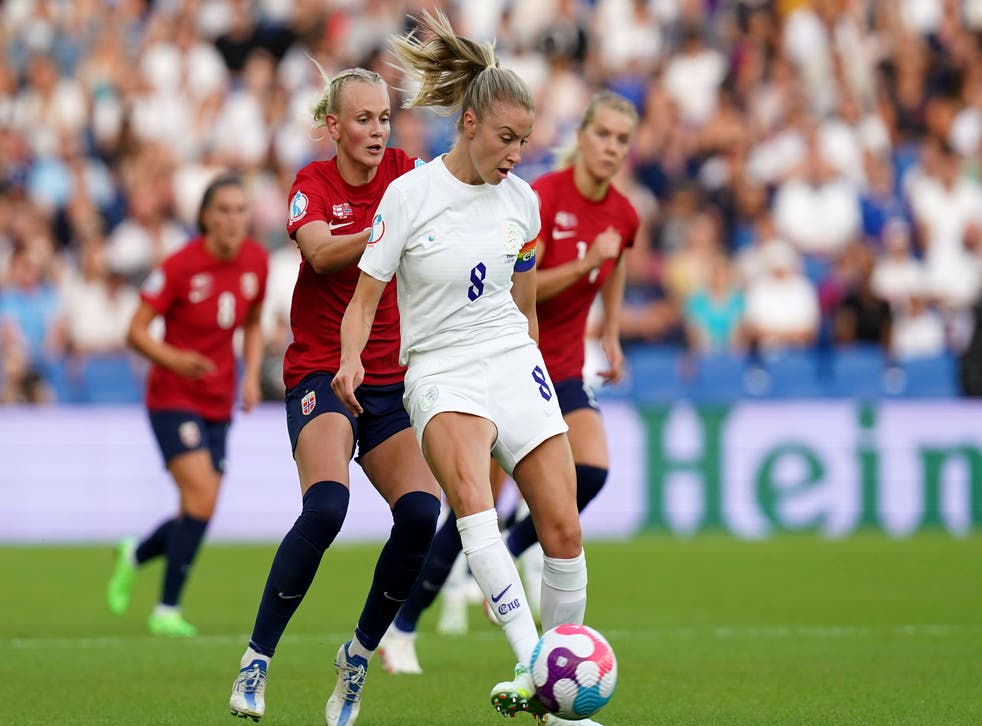 England will play friendlies against Japan and Norway in Spain in November, the Football Association has announced.

The European champions are to spend their final camp of the calendar year at the Pinatar Arena football centre in Murcia, taking on Japan on November 11 and the Norwegians four days later, as they continue the build-up to next summer’s World Cup in Australia and New Zealand.

The Lionesses last played Japan at the 2020 SheBelieves Cup, winning 1-0, while their most recent meeting with Norway was the remarkable 8-0 group-stage victory en route to winning the Euros over the summer.

Norway have since replaced boss Martin Sjogren with Hege Riise, who had three games as England interim boss in 2021 prior to Sarina Wiegman taking charge, and managed Great Britain at the Tokyo Olympics.

Wiegman said: “I am really pleased we can continue to test ourselves against strong opposition, especially as we are fully focused on our preparation for the World Cup.

“It will be a great opportunity to see where we stand. Furthermore, I hope a change of scenery and good climate for that time of year can contribute to keeping the players fresh after what has been an exciting and at the same time intense year for all.”

On Tuesday Wiegman named her squad for the forthcoming international break, in which England face the United States at Wembley and then the Czech Republic at the Amex Stadium on October 7 and 11 respectively.

Pedri, Gavi and Eric Garcia celebrate Barcelona’s goal against Levante. Barcelona manager Xavi has praised Pedri and Gavi amid their impressive World Cup performances for Spain. The former Barca midfielder was doing media work for RTVE in Qatar and was asked about the two youngsters, who have previously been ...


View more: Next major COVID variant IS poised to be more deadly, doctors warn after studying patient who harbored Omicron for six months

BBC Breakfast presenter Sally Nugent interrupted a report from Qatar to ask about an odd thing she had spotted in the background of the live video interview. During an interview with a group of UK fans in Qatar ahead of the England vs Wales game set to take place tomorrow ...

It’s almost 40 year since Redditch was blessed with world famous artist Eduardo Paolozzi’s mosaics in its new Kingfisher Shopping Centre. Now an anniversary survey to find out how local residents feel about the iconic artwork has unearthed some surprising results. It’s clear there’s a lot of love across the ...

SHOPPING: Products featured in this Mail Best article are independently selected by our shopping writers. If you make a purchase using links on this page, DailyMail.com will earn an affiliate commission. If you’ve left your holiday sales shopping until the last minute then we have some good news. You are ...


View more: Cyber Monday 2022 is almost over! Here are the best last-minute deals to shop with savings of up to $350 on Lenovo gaming tech plus great deals on headphones, clothing and more

‘Extra sting to our attack’: Pakistan spinner returns to BBL in huge boost for the Thunder

Fake Neymar strikes again: Impersonator who tricked FOX Sports into believing he was the real deal is spotted in the stands taking selfies with fans during Brazil's win over Switzerland (while the player himself watched on TV!)

Video: Lava begins to flow out of Mauna Loa as it erupts on Hawaii's Big Island for first time in 38 years: Experts warn of 'serious' situation if magma from world's largest active volcano seeps into rift zones