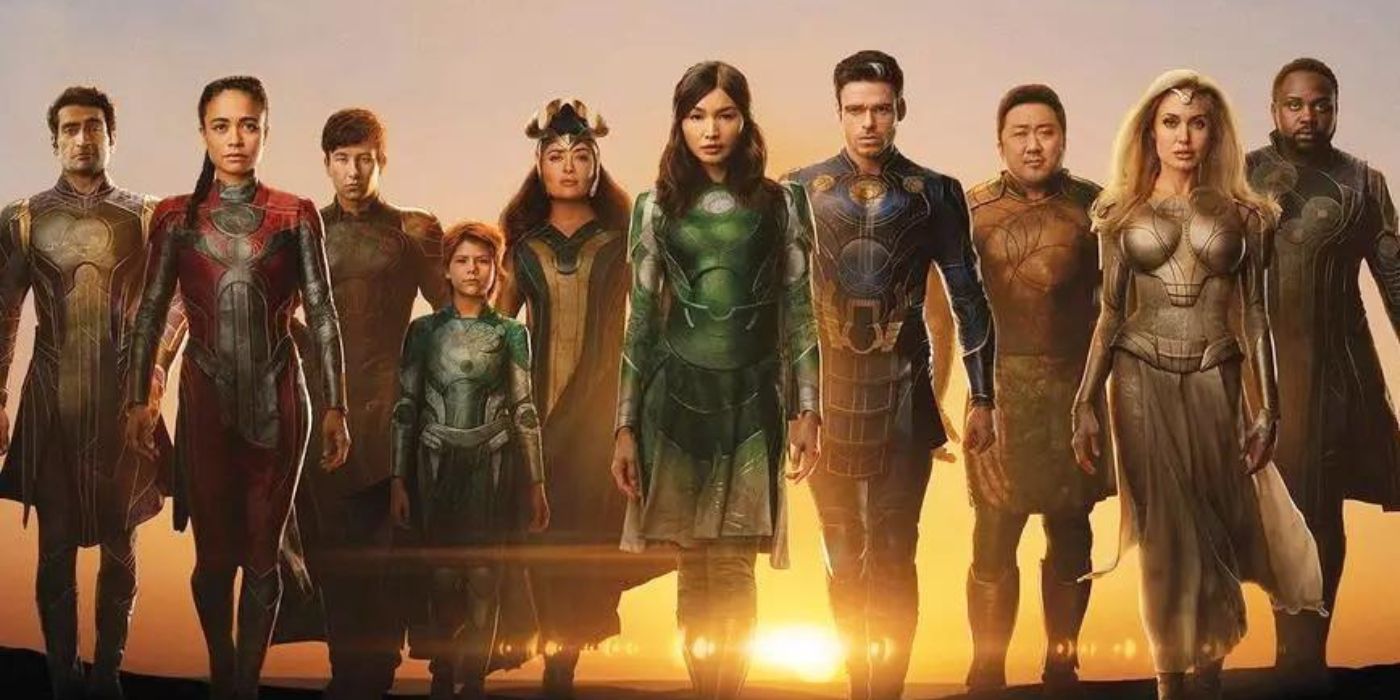 Eternals actor Patton Oswalt has seemingly announced that a sequel to the 2021 Marvel Studios film is in the works, with Chloé Zhao set to return to the director’s chair.

During a recent appearance on The Today Show, Oswalt discussed Eternals’ mid-credits scene, in which he and Harry Styles appear as Pip the Troll and Eros/Starfox, respectively. “They have announced there’s going to be an Eternals sequel,” Oswalt said. “Chloé Zhao is going to direct it. So, hopefully there will be more adventures of Starfox and Pip.” Marvel Studios has, in fact, not announced an Eternals sequel as of yet, meaning Oswalt may have made the announcement prematurely, or is speculating based on his insider knowledge.

The third feature film released as part of Phase Four of the Marvel Cinematic Universe, Eternals premiered in theaters on Nov. 5, 2021. The film made $162 million globally over its opening weekend, which, at the time, marked the second-largest worldwide opening since the onset of the coronavirus (COVID-19) pandemic. When all was said and done, Eternals grossed $402.1 million worldwide. The film was met with mixed reviews, with audiences and critics divided on its bold new ideas for the MCU.

As previously mentioned, the film’s mid-credits scene also features Styles as Starfox and Oswalt as the voice of Pip. Eternals’ post-credits scene, meanwhile, features a voice cameo by Mahershala Ali as Eric Brooks/Blade. Ali is set to star in Marvel Studios’ upcoming Blade reboot film, which is scheduled to premiere in theaters on Nov. 3, 2023 as part of Phase Five of the MCU.

On that note, Marvel Studios unveiled its entire Phase Five slate at San Diego Comic-Con 2022, with absolutely no mention of an Eternals sequel. However, much of the Phase Six slate is still shrouded in mystery, with Marvel only announcing that it will begin with Fantastic Four and conclude with Avengers: The Kang Dynasty and Avengers: Secret Wars. In other words, there’s still plenty of room.

While Marvel Studios president Kevin Feige made no direct mention of an Eternals sequel during his SDCC presentation, he did all but confirm the return of Starfox and Pip during an on-site interview with MTV News. “The adventures of Eros and Pip is something that is very exciting for us,” he said. Furthermore, the aforementioned Chan all but confirmed her own MCU return as Sersi this past January.

Neuroscientist gives Tua advice: Shut your season down and don't play for the Dolphins again

All lanes of I-90 near Lake Station, IN, closed 'indefinitely' due to semi crash, fire: ISP

MultiVersus Needs To Get Rid Of Classes

A railroad megamerger could create a new route for shipping crude oil from Canada into the U.S. (Photo: Illustration: Kyle Ellingson For HuffPost) Shortly after 1 a.m. on July 6, 2013, Bernard Théberge stepped outside a bar in eastern Québec for a cigarette. At just that moment, a runaway ...


View more: A Railroad Megamerger Could Be A Boon To Canada’s Dirty Oil Industry


View more: Hundreds of pounds of TNT were used to damage the Nord Stream pipelines, Sweden and Denmark tell the UN

LAS VEGAS (AP) — An ex-adviser to former President Donald Trump has taken a plea deal to resolve allegations that he made unwanted sexual advances to a GOP donor at a Las Vegas event. Corey Lewandowski entered into a plea agreement earlier this month involving a charge of misdemeanor battery, ...

We’re Treating UTIs All Wrong. Here’s How We Fix That.

Illustration by Elizabeth Brockway/The Daily Beast If you are alive and in possession of a vagina, chances are you will have a urinary tract infection at some point in your life. UTIs are one of the most common bacterial infections, which might lead you to assume that modern medicine ...


View more: We’re Treating UTIs All Wrong. Here’s How We Fix That.

How the CDC’s communication failures during Covid tarnished the agency

In the early days of Covid, staffers at the Centers for Disease Control and Prevention sought to give Americans guidance about maintaining some semblance of normalcy during a once-in-a-century pandemic that had upended daily life. One recommendation? Play basketball with your friends — online. There was one big problem: The ...


View more: How the CDC’s communication failures during Covid tarnished the agency

Woman killed in East Beltline crash; 1 arrested GRAND RAPIDS, Mich. (WOOD) – One driver is dead and another is in police custody after a crash in Grand Rapids. It happened around 8 p.m. Friday in the 2100 block of East Beltline Avenue NE, just north of Knapp Street. ...

Cannabis Conspiracy? As Weed Prices Plummet In Michigan, Big Operators Push Legislators To Stymy New Competitors Michigan’s largest marijuana operators are plotting an offensive to keep competitors from getting into the market as weed prices plummet, reported Crain’s Detroit. At the request of a lobbyist for some of the ...

Mallorca vs Barcelona: TV Channel, how and where to watch or live stream online free 2022-2023 La Liga in your country

Tech Doesn’t Have to Be Your Travel Master

Tesla Robot Shows Some Skills, But Falls Flat With Some Robotics Insiders

Malaysia aims to add US flights after safety rating boost

BBC to broadcast lost episode of Hancock’s Half Hour

P’tucket, wieners and URI-PC: A clinic for pols on getting RI culture right

Stephen A. Smith Has Blunt Reaction To The Tua Tagovailoa Situation

When Jewish leaders say "I was wrong"

Giant wave sweeps people and debris away over rocks

The Importance of Taking Vacation Time Off

Cubans protest in Havana for 2nd night over lack of power

Orlene expected to be hurricane off Mexico's Pacific coast

Harris County received challenges to thousands of voter registrations. It rejected them all.

Her home was destroyed, her neighbors were spared: Ian’s cruel — and random — path

There are 'no easy fixes' in Florida. But could Hurricane Ian's havoc bring a call for better planning?

How will Barça line up against Mallorca?