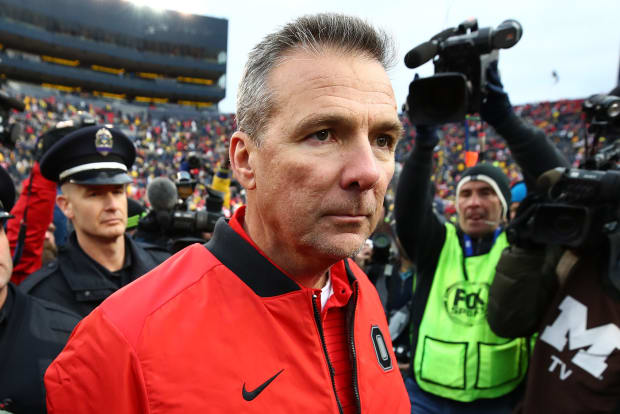 Ohio State dominated Michigan on a yearly basis when Urban Meyer was at the helm. Ever since his departure, the Buckeyes are just 1-2 in “The Game.”

As soon as the final whistle was blown, countless fans rushed to Twitter to say Meyer should return to Columbus to coach the Buckeyes.

“Fire Ryan Day and expel any Ohio State sophomores or below. 0-2 vs Michigan is unacceptable. Make a statement TONIGHT. Bring back Urban Meyer,” one fan said.

“It’s weird to say after an 11-0 start, but Ryan Day’s seat is getting a lot warmer,” another fan tweeted. “The Buckeyes haven’t been the same since Urban Meyer left.”

A third fan wrote, “Will Ryan Day be one of Urban Meyer’s assistants on the OSU sideline next year?”

The odds of this actually happening are slim to none. Ohio State remains committed to Day.

That being said, Day knows how important this game is to the university. He can’t afford to keep losing to Michigan, especially when Meyer was 7-0 in “The Game.”