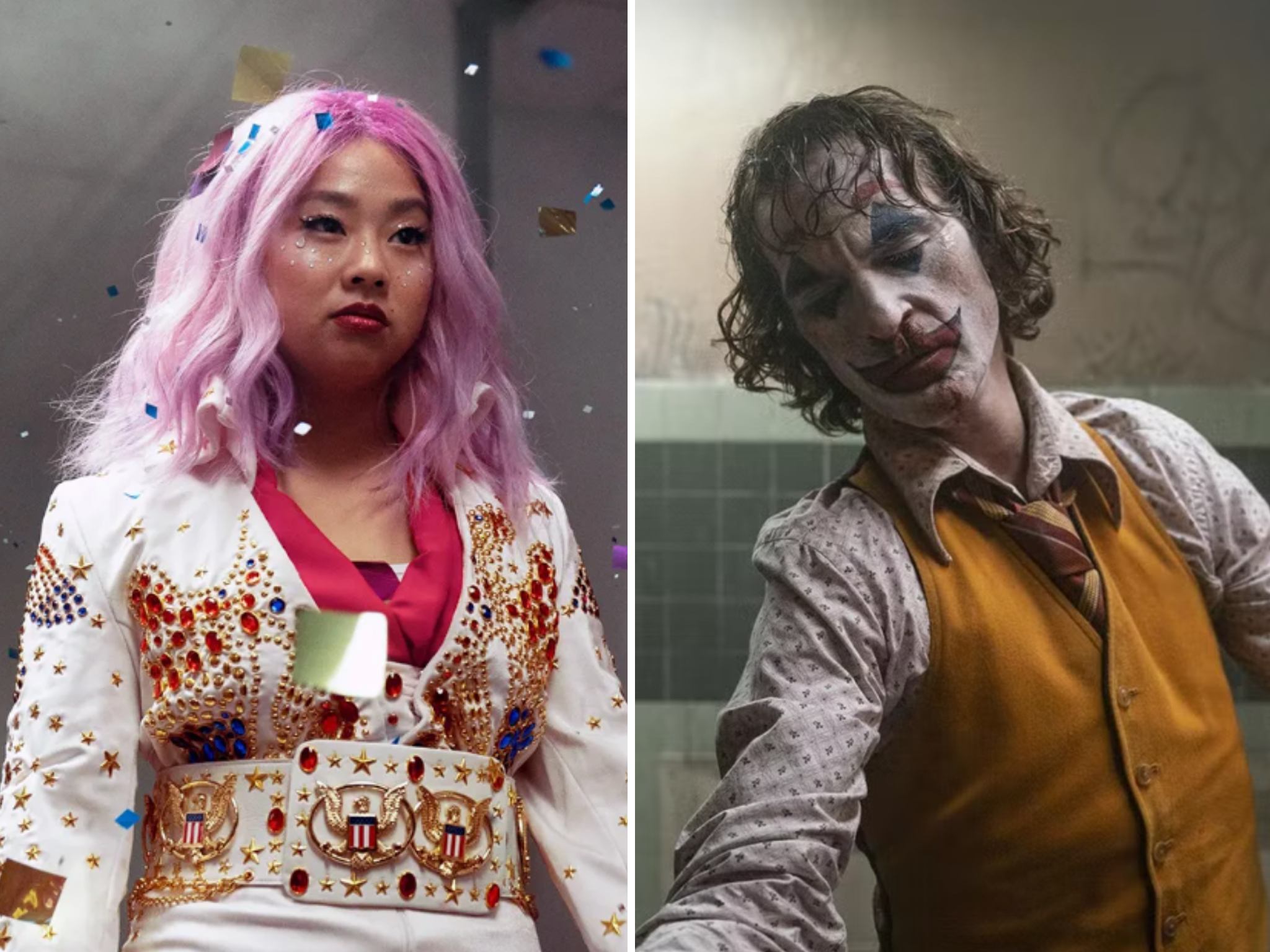 There’s a reason Stephanie Hsu’s Everything Everywhere All At Once villain may feel oddly familiar.

The actor plays Michelle Yeoh’s daughter in the sci-fi epic, which is generating a large amount of Oscar buzz.

In a new interview, Hsu said that she studied Jim Carrey as The Riddler and Joaquin Phoenix as The Joker to inspire her role.

Carrey starred as one of Batman’s most enduring enemies in the 1995 Val Kilmer-led Batman Forever, while Phoenix portrayed the Caped Crusader’s other titular supervillain in 2019’s The Joker.

“All these men have played these really wild, grotesque, kind of unlikeable, but therefore likeable characters,” Hsu told Vanity Fair.

However, while her character of Joy’s chaotic nature may have taken some inspiration from Carrey and Phoenix’s characters, Hsu said there was still something unique in playing a female supervillain.

“It felt different – vulnerable in a different way – to be a woman allowing herself to kind of spill out in that way and be kind of unlikable, both as Joy and Jobu,” she described.

Audiences first meet Joy as the quietly rebellious daughter of Evelyn (Yeoh) and Waymond Wang (Jonathan Ke Quan). She later becomes one with her alter-ego, Jobu. 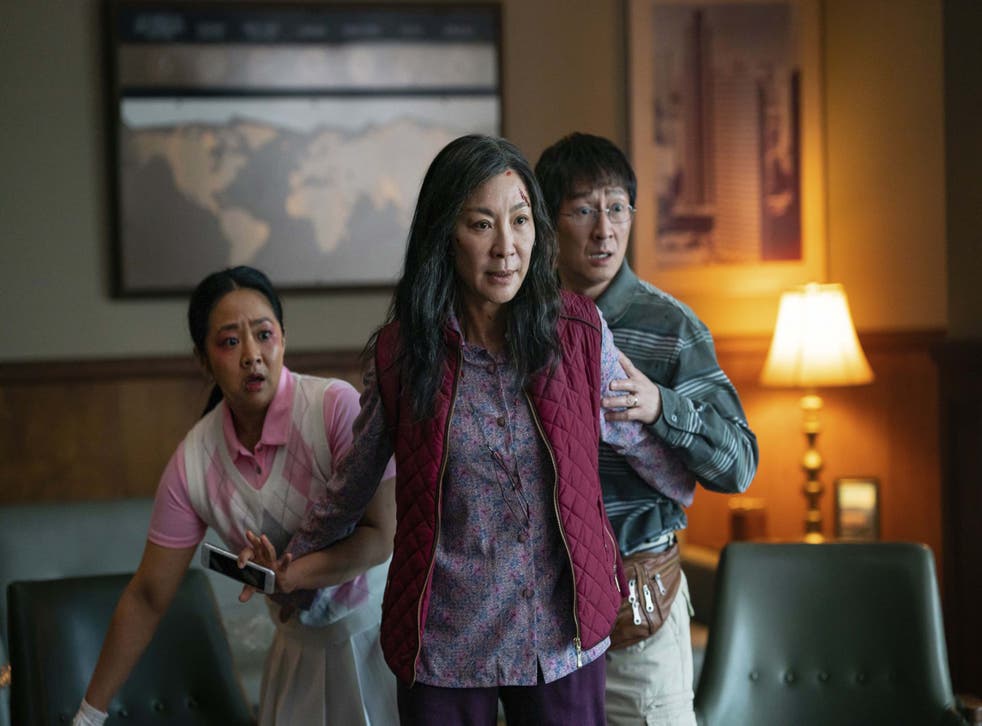 Stephanie Hsu, Michelle Yeoh and Jonathan Ke Quan in ‘Everything Everywhere All at Once’

Joy’s evolution into Jobu comes with an extravagant rotation of costumes, which Hsu acknowledges some viewers might just write off as, “oh that’s just a crazy assortment of clothes”.

“But actually, I’m wearing Joy’s sneakers, I’m wearing the Golf Girl socks. As a performer and as a sort of dramaturgical nerd, that is so satisfying when you’re creating texture that makes sense and that the chaos is not just for chaos’ sake, it’s that we’re actually trying to tell something about the story,” Hsu added.

Read The Independent’s five-star review of Everything Everywhere All At Once here.