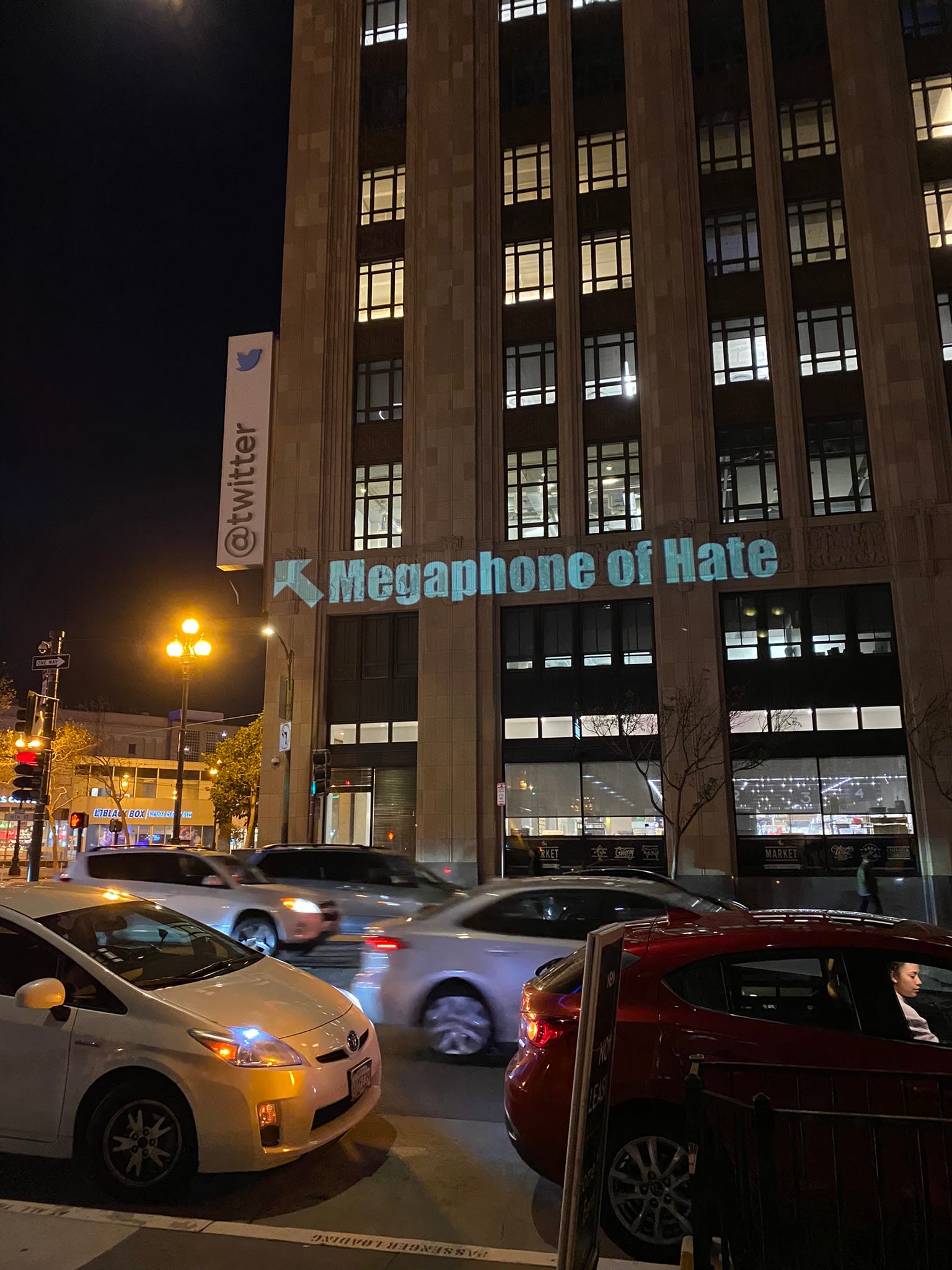 One of Alan Marling’s projections on Twitter headquarters in San Francisco, California.

After billionaire Elon Musk acquired Twitter last month, he implemented several cost-cutting measures, including laying off half its workforce. But according to social media users, not all of the platform’s outgoing employees left the company quietly.

“Twitter will probably crash and burn tonight (so sad) … but the last engineers out the door left Elon a parting message,” reads a Nov. 17 Facebook post that was shared more than 16,000 times in four days.

The video in the post shows scrolling horizontal text projected on a Twitter building that calls Musk a “lawless oligarch” and a “worthless billionaire,” among other things.

The projection did happen, but it wasn’t done by Twitter engineers. It was the work of a California activist who told USA TODAY he has never worked for the social media company.

USA TODAY reached out to the user who shared the claim for comment.

Activist has projected messages on buildings for years

Various news outlets, including The Los Angeles Times and KSDK in St. Louis, Missouri, identified activist Alan Marling as the person behind the projection.

Marling confirmed to USA TODAY that he projected the images and has never worked for Twitter.

Marling told USA TODAY the projections are his way of calling attention to what he described as the platform’s amplification of conspiracy theories and hate speech.

Marling has been projecting messages on Twitter headquarters for several years, and his Instagram page includes an array of pictures and videos of his projections onto the San Francisco building.

CNET reported in 2017 that Marling’s projections at the time included calls for the platform to ban former President Donald Trump and for former Twitter CEO Jack Dorsey to resign.

He’s also projected messages on other buildings, including the Berkeley Art Museum in 2017 and Netflix’s Los Gatos, California, headquarters in 2021.

BOOM Fact Check also debunked the claim that Twitter engineers were responsible for the anti-Musk projections.

Based on our research, we rate PARTLY FALSE the claim Twitter engineers projected messages attacking Musk on a Twitter building. While disparaging messages were displayed on Twitter headquarters, the projection was done by a California activist who told USA TODAY he has never worked for the social media platform.

Thank you for supporting our journalism. You can subscribe to our print edition, ad-free app or electronic newspaper replica here.

Our fact-check work is supported in part by a grant from Facebook.