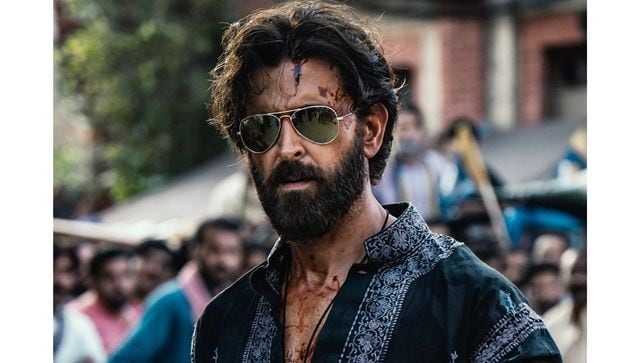 The intense anticipation around Hrithik Roshan’s upcoming film, Vikram Vedha, which has been regularly trending on social media, is proof that audiences can’t wait for him to return to the big screen.

The superstar’s fans first went into a frenzy when his first look from the movie was released; the movie is 45 days away from its general premiere. Fans praised Hrithik for making “bad seem so wonderful,” bringing sexy back and having the appearance of a Greek god. Later, the superstar’s fanbase took the internet by storm when the 100-day countdown to Vikram Vedha began. The countdown inspired hundreds of memes that populated social media, speaking volumes about the superstar’s connection with millennial and Gen-Z audiences.

Adding to the anticipation even further, ‘Awaiting Roar of Vikram Vedha’ has been trending on Twitter, with fans expressing their excitement in different ways. Calling him the last ‘True Blue Superstar of Bollywood’, some spoke about his heroic entrance in the film, some sketched the image of his character, and others spoke about the lengths they went to watch his films.

Speaking about Vikram Vedha, the action-thriller was inspired by the Indian folktale Baital Pachisi. The movie revolves around a police inspector named Vikram (Madhavan) who wants to get hold of a gangster named Vedha (Sethupathi). After surrendering himself, Vedha tells three stories that change Vikram’s perception of good and evil.

After Na Tum Jaano Na Hum, which was released in 2002, Saif Ali Khan and Hrithik Roshan are coming together onscreen after a gap of around 20 years and the announcement has left their fans excited.

On the professional front, Roshan was last seen in Siddharth Anand’s War which was the highest-grossing film of 2019. He has reunited with Anand for his next film titled Fighter which is said to be India’s first aerial action franchise.

Vikram Vedha is being remade in Hindi by filmmaker Neeraj Pandey under his company Friday Filmworks in association with Reliance Entertainment and YNot Studios.

Telegram cuts subscription fee by more than half in India

Appointment of Raman Singh as guv, good for his career: Baghel

You can earn Southwest points with the Rapid Rewards Dining program: Here’s how

'Ultraman' to deploy on select routes this month

muscling in: A new train nicknamed ‘Ultraman’ due to its red and grey colouring, which resembles the Japanese manga character, comes into operation this month. The State Railway of Thailand (SRT) will deploy the “Ultraman”, its newest diesel-electric train, on select routes this month, according to its governor Niruj ...


View more: 'Ultraman' to deploy on select routes this month

Player safety and the NFL’s concussion protocol dominated the news cycle this week in the wake of controversy surrounding Miami Dolphins quarterback Tua Tagovailoa and the way the team handled his situation. The Rams on Saturday joined the discussion when coach Sean McVay announced that offensive lineman David Edwards would ...

Wait, what? Cheetahs from Kuno National Park at Lav Kush Ramlila in Delhi!

Tesla confirms Gigafactory Berlin has ramped up to 2,000 cars a week

Dr Streram claims being sidelined as reason he left PKR