One of the biggest duck egg producers in the UK is in Cornwall. Rodney Gregory, 50, raises thousands of ducks at his farm in Chacewater.

His last name might sound familiar to you after, last month, CornwallLive reported on Jake Gregory being crowned the county’s Best Young Farmer 2022 – Rodney’s son. We told you how Jake helped revolutionise his family’s farm following his father’s decision to step down.

So we decided to go along to Kerling Farm in Chacewater to meet Rodney and to hear about his return to the industry. The second generation farmer made the difficult decision to sell his herd of pedigree Charolais and come out of the industry five years ago.

At the time, Rodney was working on a dairy farm, where he would have to do a day’s work before returning home to carry out his own agricultural duties, resulting in his body “letting him down” and him “falling out of love with farming.” As a means to keep a steady income, the 50 year old decided to apply for a farm manager position at Stonegate – a major UK egg producer.

Rodney worked on a poultry farm with 20,000 ducks, however just before the Covid pandemic hit, Stonegate announced they were shutting the facility and Rodney was laid off together with his friend Paul. Reflecting back to that time, Rodney said: “We were sat in the crib room and I said, ‘How can we build a shed that can house thousands of ducks? How can we make this work while giving the ducks the space they need?” 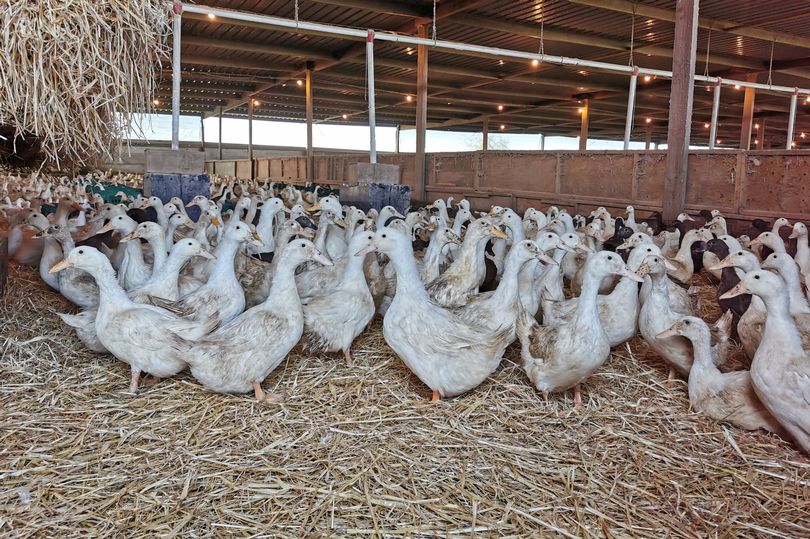 Kerling Farm in Chacewater is the home to 8,000 Cherry Valley ducks, with 2,000 more on the way to join the flock

Cue Jake, who decided to demolish Kerling Farm’s inadequate sheds to build more sufficient ones to accommodate his own growing business as well as to help his father return to the industry to start a new venture of his own. Rodney told CornwallLive: “Jake started everything. I came home one day and he was just tearing everything down. My father didn’t come out of the house for two weeks because he was that angry.”

But as the new sheds started to take shape, Rodney’s father finally saw the possibilities for the future and together, three generations of farmers started to rebuild their legacy. Rodney managed to obtain a duck contract as well as 2,000 ducks from the poultry farm that closed and has since grown his duck egg business into a wild success.

Get the best stories and breaking news delivered to your inbox every day. Choose what you want here.

Now with 8,000 Cherry Valley ducks, and with 2,000 more joining the flock next month, Rodney claims he is currently one of the biggest duck egg producers in the UK with there being only six producers left as a result of the bird flu outbreak. Selling almost two million duck eggs nationwide yearly through Stonegate, Rodney walked CornwallLive through his process.

The day starts by picking around 5,500 duck eggs from four sheds which are sectioned off into different age groups. The eggs are then delicately washed, weighed, and packed up ready to be collected for distribution.

The number one priority is to ensure the ducks are happy so that they lay happy. Daily, the ducks are freshly bedded, fed, and they have water troughs so that they can dip their heads and preen themselves all while having 16 hours of light from overhead bulbs.

Rodney said: “The duck egg trade is a niche market and that’s why we went into it. We wanted to be specialised. Yes, they are more expensive, but duck eggs are a lot richer. They have better yolks, and they are simply healthier for you. They are lower in cholesterol than chicken eggs.” 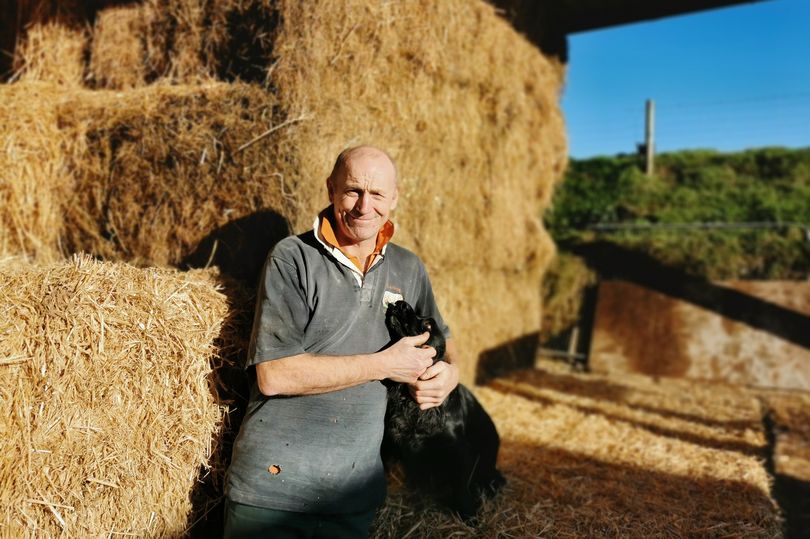 Rodney Gregory pictured at his farm in Chacewater

Rodney’s journey to success hasn’t been without its challenges though. Like every other farmer throughout the world at the moment, Rodney is having to fight to get a fair price for his product.

Rodney said: “I’ve been trying to push the price up since the first of September, but they [Stonegate] said there is no more money available for the product. Supermarket prices for eggs have gone up 60 pence with some places going up by 80 pence, and not a single penny has gone up for the farmer.”

Although Rodney is reluctant to leave Stonegate as he feels very loyal towards them, he said they are leaving him with no other choice. Currently, Rodney is considering signing a contract with another major egg producer, but this time, a more local one.

He said: “The economy at the minute is killing everyone in the farming industry. People do not know where food comes from. My wish is for people to support more local farmers because without that support, we aren’t going to survive. People will then be paying a lot more for produce being brought in from abroad that’s weeks old before it’s turned onto their table.”

There have been numerous people who have helped Rodney get to where he is today, but there’s no one he wants to thank more than his wife Nicola. Together for more than three decades, Nicola has supported Rodney through the highs and the lows.

More stories on farming in Cornwall