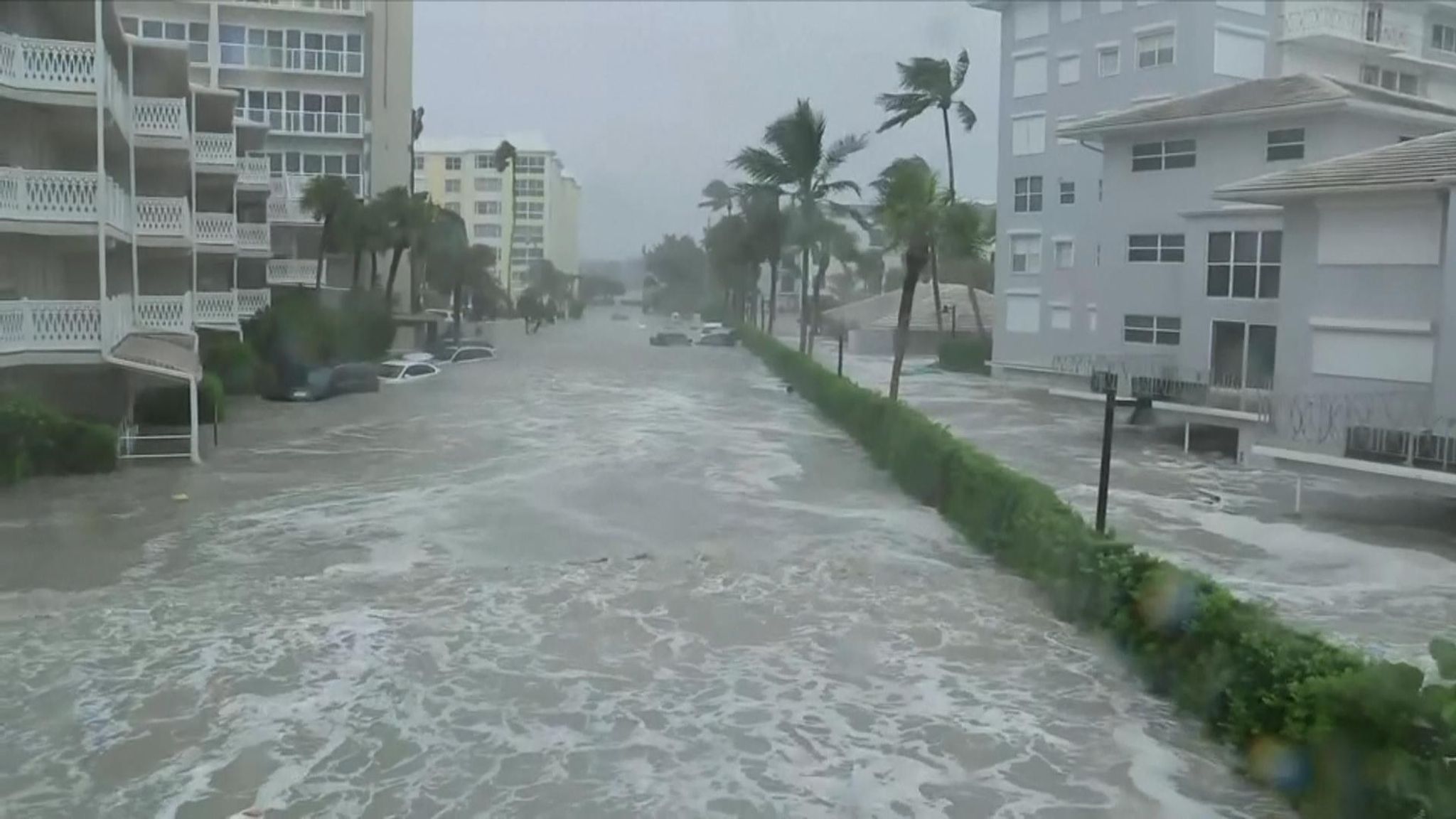 Locals woke to a storm which had exploded into a behemoth overnight. It is as if Hurricane Ian was designed for destruction, not just bringing 155mph wind but storm surge – a tsunami-like wall of water – up to 12 feet high in places.

Fort Myers, a town on the Caloosahatchee River, was among the worst affected, both by the Hurricane Ian storm surge from the Gulf of Mexico and freshwater flooding inland.

We were staying at a hotel just outside the main impact zone, five miles from the coast. Rooms were fully booked with evacuated residents who had mainly moved from the coast inland.

As winds began to pick up around midday many of us saw out the storm together in the lobby and bar of the hotel. We didn’t see the worst of it but big potted plants were bowled over by the wind and a tree was uprooted in the car park. 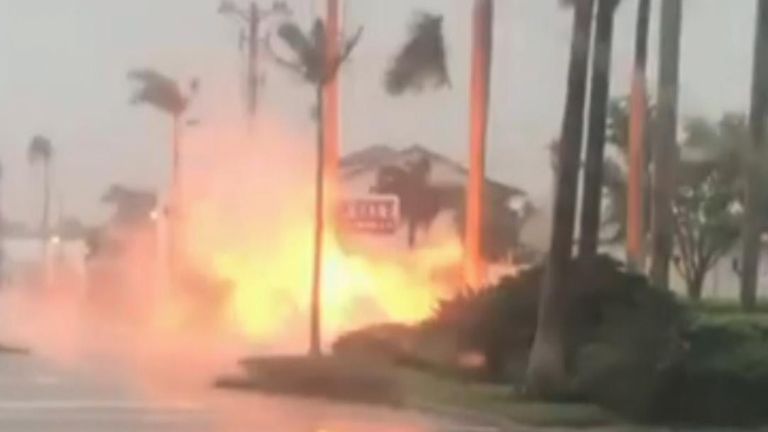 Image: Power lines have fallen during heavy winds and rain after Hurricane Ian made landfall in Florida as a Category 4 storm

Hours later three people arrived at the hotel drenched from head to toe, shivering and wearing life jackets. Jennifer Pribanic and her parents, Debby and John Schaefer, had chosen to remain at home in Fort Myers, pulling down their storm shutters and boarding up the windows. But they were caught unawares by the sheer power of the water.

“The water was coming in through the cracks of the doors, and the water just kept coming,” Jennifer said. “Within ten minutes it went from my ankles to my chest and the door that goes out to garage broke off the hinges. Water gushes in, the next thing you know it’s above our heads, every piece of furniture in the house was floating.” 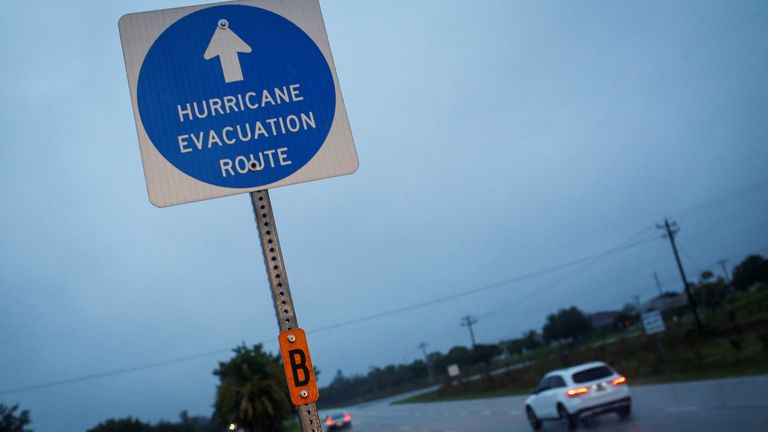 Image: Thousands of people in Florida have been ordered to leave their homes

Jennifer and her parents were rescued by a neighbour’s friend with a boat.

“We were floating, we were trying to stand on furniture, the water was way above our heads,” she said. “I saw a boat and I started screaming. If the boat hadn’t arrived I don’t think we would be here.”

More than 2.5million people had been told to evacuate but many made a calculated decision to remain at home. They shored up their defences with sandbags and boarded up their windows. But few were expecting a storm with the ferocity of Hurricane Ian which covered such a large area.

It is only when day breaks that the full scale of the damage will be seen but it is expected that this will be one of the costliest hurricanes on record for Florida.

Long after the wind and water has subsided, people will be counting the cost of this catastrophe.

Everything Dua Lipa does looks cool. It's just a scientific fact at this point. Don't ask us why or how, we're not scientists – and her latest look is no exception. The singer wore her enviable raven lengths in an undone water wave style for her latest fashion campaign ...


View more: Tis the season for holiday escapism — here’s what Hollywood has on deck

The Audi RS6 Avant and RS7 gain a new Performance trim with extra power and other tweaks. The twin-turbo 4.0-liter V-8 engine produces 621 hp and 627 pound-feet of torque, an increase over the previous model’s 591 hp and 590 pound-feet. Audi says these models will arrive in the ...

NBCDFW.com Three North Texas Hospitals must pay the government’s highest 3% Medicare penalty rate as punishment for a high level of readmitting patients within 30 days after their initial care. Readmission rate tracking and Medicare penalties were introduced in 2012 with the Affordable Care Act to promote better care. ...

President Joe Biden on Monday called on lawmakers to quickly approve a labor deal that would avert what he called a “potentially crippling national rail shutdown” as early as Dec. 9. The tentative agreement, which Speaker Nancy Pelosi said the House would vote on this week, aims to prevent ...

Elon Musk said Apple was pressuring Twitter over content moderation demands. AFP via Getty Images Elon Musk accused Apple of threatening to block Twitter from its app store without saying why in a series of tweets on Monday that also said the iPhone maker had stopped advertising on the ...

If you're a fan of Pizza Pizza this is a steal


View more: Get a month of Crave Total free with a large three-topping pizza

The Metropolitan Police has launched a new hotline to help report corrupt police officers. The London-based police force is currently seeking to regain trust of the public after a series of high profile scandals. This includes the murder of Sarah Everard by serving Met Police officer Wayne Couzens, as well ...