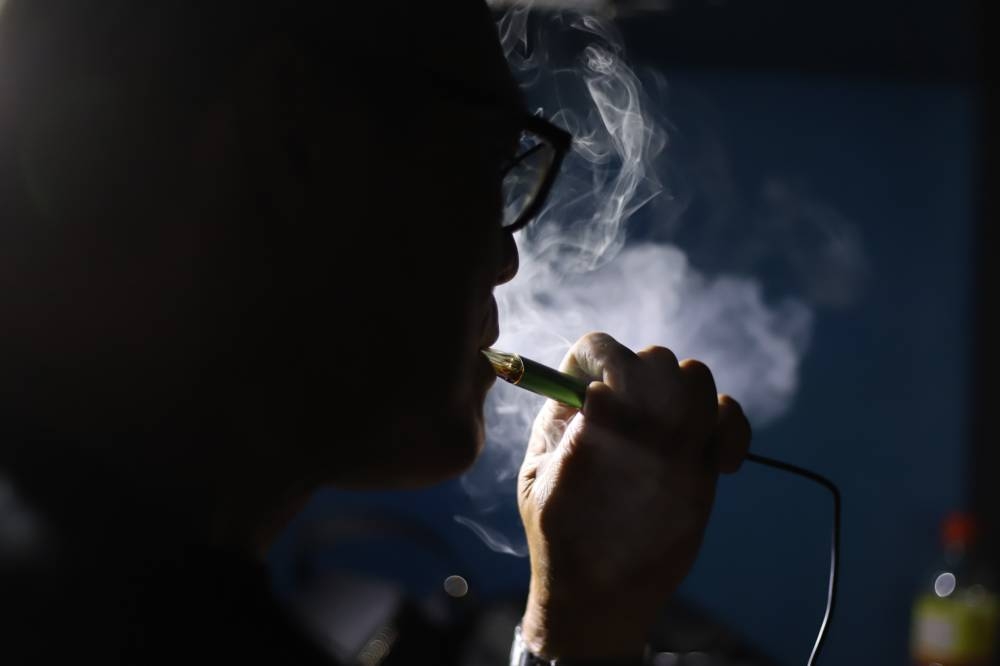 A heart expert said that Filipino smokers deserve alternatives to cigarettes that will significantly reduce health risks, wean them off and eventually make them quit.

Dr. Rafael Castillo, the first Filipino elected as trustee of the United Kingdom-based International Society of hypertension, said the smoking problem in the country is a “serious challenge” that is worse than the Covid-19 pandemic.

“Smoking is the number one risk factor for cancer in the Philippines. Smoking is a serial killer that kills so many people,” he added.

Castillo said that the use of electronic nicotine delivery systems or alternative tobacco products will serve a “pragmatic middle ground” to reduce harm and eventually make smokers quit completely.

“We have to offer recalcitrant smokers alternatives and give them more tools. Smoking addiction is not something that they cannot simply overcome. We have tried all sorts of smoking cessation interventions (nicotine patches, gums, lozenges etc.), but we are not getting anywhere. We are not really progressing as much as we would like to,” he said in a virtual discussion during the 70th anniversary and 52nd annual convention and scientific meeting of Philippine Heart Association.

Get the latest news
delivered to your inbox

He said that the Philippines has the second highest prevalence of smoking in Southeast Asia, next to Indonesia.

“While cardiovascular diseases are the leading cause of death in Southeast Asia, causing more than 1 in four deaths, tobacco is the leading preventable risk factor causing the largest number of deaths in the region – more than 1 in 10 deaths,” he said.

He added that addressing the smoking problem needs a pragmatic approach as the decline in the smoking rate has been slow under the current strategy that uses nicotine replacement therapy.

Castillo said that heated tobacco products and other alternatives can be part of tobacco harm reduction which is anchored on the fact that there are some lifestyle practices or bad behaviors that are simply inevitable.

“People make poor lifestyle choices despite suffering negative health effects. Complete smoking cessation is the primary goal, but it is not achievable. There has to be a pragmatic middle ground. There will still be around one billion smokers globally by 2025 if the smoking problem is not aggressively addressed,” Castillo said.

“Our quit rate is not that encouraging. Worldwide, the quit rate is really very low. At best, in countries with very aggressive intervention, it is only 20 percent in a one year time. It is not good enough,” he said. “That is why we believe that offering them alternative products which can wean them from smoking would be our best bet at the moment.”

McDonald's Fan Reveals Why He Orders Fries In A Large Cup: 'Food Hack'

Letters to the Editor: The American flag belongs to liberals too. Don’t cede it to the MAGA crowd

To the editor: Columnist Jean Guerrero asks how former President Trump had come to live inside the symbol of the American flag. I too have had that feeling when taking my neighborhood walk. The houses that had the flag flying often were accompanied by Trump signs. I gave up ...


View more: Letters to the Editor: The American flag belongs to liberals too. Don’t cede it to the MAGA crowd


View more: Florida’s 15-Week Abortion Ban Is Back in Effect as State Appeals

PRESIDENT Ferdinand Marcos Jr. on Tuesday administered the oath of office to the newly appointed government officials in a ceremony in Malacañang. Among those who took their oath were actor Tirso Cruz 3rd as chairman and chief executive of the Film Development Council, Junie Cua as chairman of the Philippine ...

No, the world won’t end today as the Large Hadron Collider fires back up

© AFP via Getty Images GettyImages-1199304289.jpg After a four-year hiatus, the Large Hadron Collider (LHC) is firing up again on Tuesday, and despite rumors you may have heard on the internet, it will not create a trans-dimensional cross-rip, a black hole or any other techno-babbling apocalypse of science run ...


View more: No, the world won’t end today as the Large Hadron Collider fires back up

© Michael Varcas Fake cop shoots homeless man MANILA, Philippines — A man posing as a police officer, who was caught on video shooting a street dweller in Quezon City over the weekend, was arrested on Monday. Aurelio Ramos IV, 25, was apprehended at his residence in Barangay Don ...

Nasa loses contact with Capstone spacecraft on way to Moon

ITCZ to cause scattered rain showers over Visayas, 5 other areas

Factbox: The numbers to watch in Japan's upper house elections

How the U.S. Bond Market Is Giving a Key Clue About the Next Recession

Cryptocurrency Is a Ponzi Scheme. It's Time to Regulate It | Opinion

We’ve forgotten how to have fun, haven’t we? Right, time to change all that

Is Mariel Padilla willing to return as Willie Revillame's co-host?

Why NATO's diatribe against China is irrational

PNP warns vs. unauthorized use of ‘wang-wang’

Is the long commuting nightmare of promdis finally over?

Ecozone veto a welcome strong signal from the President

SYNDICATES INSIDE BI AND LRA