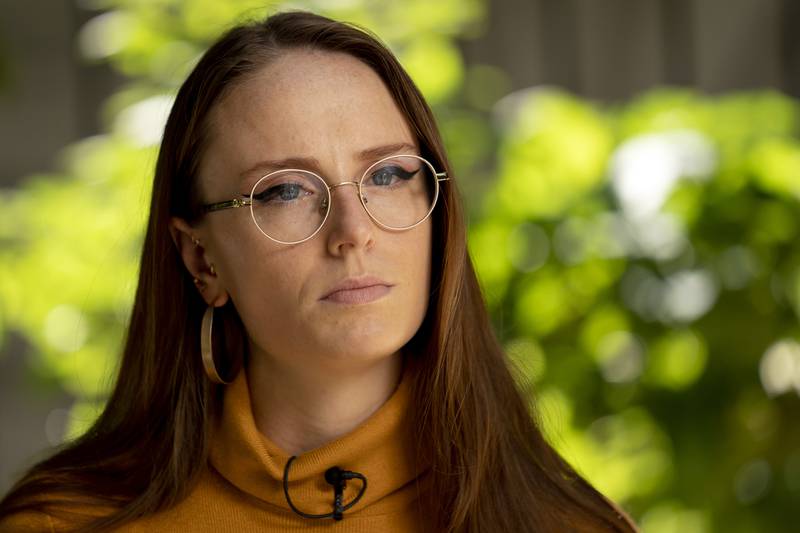 While Andrew Cuomo continues his doomed-to-fail public rehabilitation campaign, one of his victims, Charlotte Bennett is taking it upon herself to hold the serial power abuser and his enablers accountable.

Let me say that again: She is taking it upon herself. Despite the ex-governor pretending liability only exists under criminal law as proof he never did anything illegal (we have civil laws too in America), Bennett is still proceeding with her lawsuit against him, Melissa DeRosa, Jill DesRosiers and Judith Mogul. That’s important.

The 60-page lawsuit is a damning summary of what Bennett says she and the other victims were up against: a man with too much power, shielded by a system of senior employees putting their access to his authority ahead of staffers’ humanity.

Much like the attorney general’s 168-page independent investigative report, the complaint clearly outlines a nauseating pattern of illegal sexual harassment, discrimination, and retaliation. If you don’t have the patience or stomach to read Bennett’s entire complaint, and at this point I wouldn’t expect you to, here are the lowlights:

Cuomo subjected Bennett to “sexualized comments about her appearance, [and] assigned her humiliating and demeaning tasks,” such as memorizing and singing a song in front of senior staff and performing multiple push-ups — even after Bennett initially refused to do both.

The complaint says Cuomo subjected Bennett to invasive questions about her personal life, including her “romantic and sexual relationships.” Bennett’s evident uneasiness and unwillingness to respond were of no consequence to Cuomo; he shared his romantic preferences (he’d date women “as long as they were over the age of 21″), and even had the gall to dismiss the pain she carried from a previous sexual assault (”It not about pain, it’s about injustice,” he said while interrupting Bennett to mansplain her own trauma).

Yet despite Bennett doing what she was supposed to do — reporting the sexual harassment — according to the lawsuit, no other person then followed proper protocol. Instead, Bennett’s complaint lays out a web of gaslighting, lies, and retaliation in the service of the man accused of the bad behavior. This, Bennett says, includes the grotesqueness of DeRosa disclosing Bennett’s complaint to Cuomo — her harasser.

A more “formal” investigation began only because another staffer relayed Bennett’s account to DesRosiers. It was only then, according to Bennett, that DesRosiers, Mogul, and DeRosa took her experience “seriously” and conducted an extensive interview.

You would think that was a step in the right direction, except for the way it ended. According to Bennett, Mogul “claimed Defendant Cuomo’s actions did not rise to sexual harassment because he was still ‘grooming’ Plaintiff when she made her complaint. As a result, no investigation was necessary.”

I encourage you to go back and read that quote one more time, and really let it sink in how depraved an idea it is.

Bennett’s complaint is heartbreaking to me as an advocate and a victim of sexual harassment at the hands of power-abusing men. Over the past four-and-a-half years, I’ve worked with my fellow Sexual Harassment Working Group members to strengthen protections against sexual harassment, access to trauma-informed independent investigations, and real accountability mechanisms. We successfully amended state law which, according to Cuomo himself, ended “the absurd legal standard that sexual harassment in the workplace needs to be ‘severe or pervasive,’ making it easier for workplace sexual harassment claims to be brought forward.”

But it’s clearly not enough.

Bennett’s decision to hold Cuomo accountable, and the unnamed New York State trooper’s attempt to do the same back in February, are genuine, courageous acts of public service. Even though Cuomo apologized and admitted saying insensitive things to Bennett (feigning ignorance on the definition of sexual harassment even though he was a champion against it), the Assembly Judiciary Committee abruptly ended its impeachment investigation. The now-defunct Joint Commission on Public Ethics never even investigated whether Cuomo’s serial sexual harassment violated New York Public Officers Law.

And the attorney general, to whom Cuomo referred the allegations for investigation, continues to be disparaged by Team Cuomo. Meanwhile, Cuomo’s victim shaming and lies continue to go unchecked.

Legislative protections against harassment and discrimination are critical but cannot be done in a vacuum. Without real accountability, laws are only as strong as the paper they’re written on. Accountability can certainly take shape in our laws; Gov. Hochul closing the license to harass loophole in March, ensuring government staffers can adjudicate their claims in court, is a strong example.

But more than that, the culture in our government — in any workplace riddled with unchecked power abuse — must change. And it starts with the people in it and the decisions they make. If we had a cultural level of accountability that mirrored much, or even some, of what we’ve changed in law, maybe then it wouldn’t fall on the people already harmed to try to finally make things right.

Vladimer is an attorney and co-founder of the Sexual Harassment Working Group.