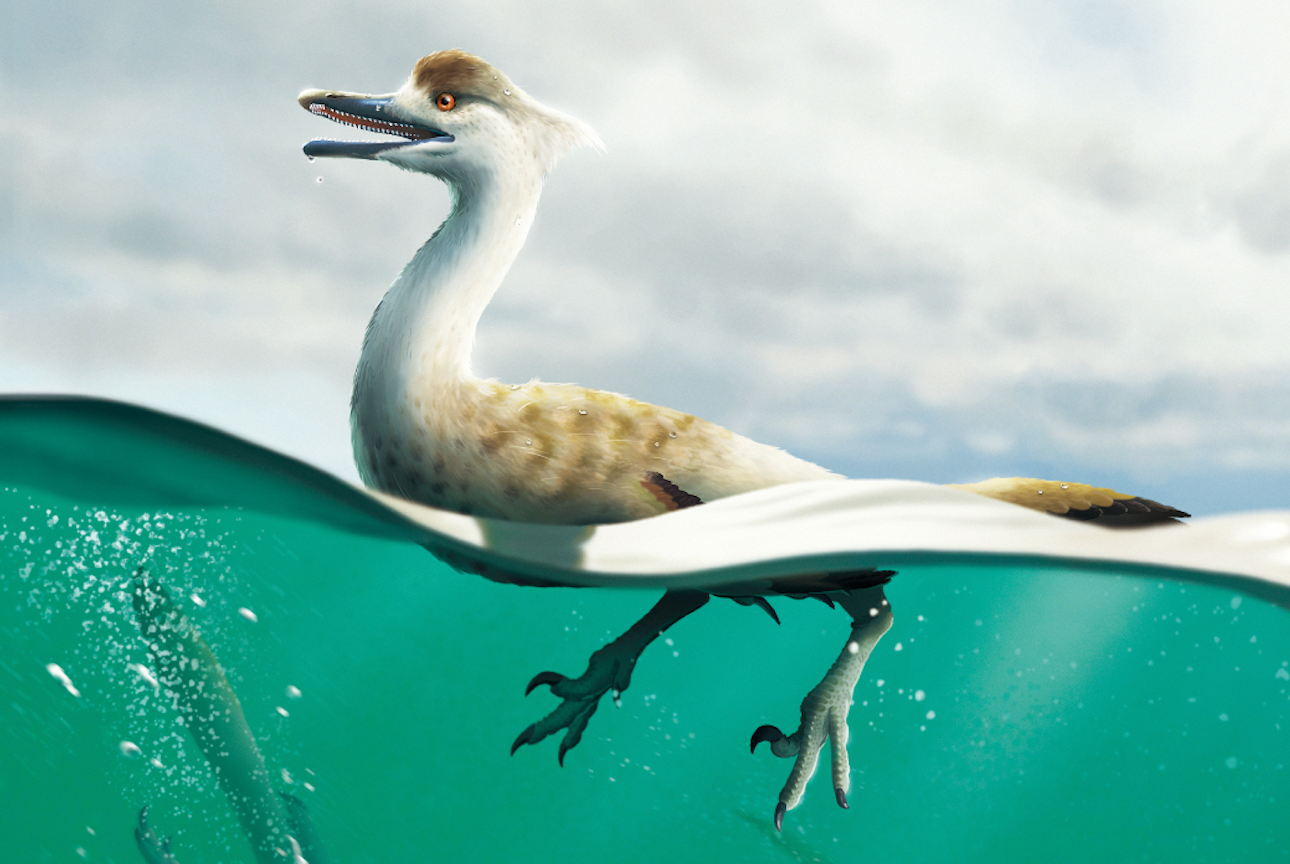 Scientists have discovered a new dinosaur species with a duck-like, streamlined body that may have used its adaptations to dive underwater to hunt for prey like modern-day penguins about 71 million years ago.

The findings, published on Thursday in the journal Communications Biology, represent the first case of a non-avian theropod — a type of two-legged carnivorous dinosaur — to have a streamlined body.

However, such body shapes have not been documented in non-avian dinosaurs, say researchers, including Yuong-Nam Lee from Seoul National University in South Korea.

In the new study, scientists identified the new species by examining the fossilised remains of a specimen from the Omnogovi Province in Mongolia that included a skull, spinal column, one forelimb, and two hindlimbs.

They named the new species Natovenator polydontus – meaning “swimming hunter with many teeth”.

Based on the analysis, scientists say the dinosaur may have possessed several adaptations that may have made it a semiaquatic diving predator with a streamlined body similar to those of modern diving birds – with ribs that point towards its tail.

They also found evidence that the dinosaur had a long neck similar to modern water birds such as geese.

These adaptations may have reduced the drag forces as Natovenator swam through water to catch prey, scientists say.

“Because streamlining of the body provides hydrodynamic advantages during swimming, this particular dorsal rib morphology strongly indicates that Natovenator was a capable swimmer, providing the first compelling evidence of a streamlined body in a non-avian theropod dinosaur,” they wrote in the study.

The study also revealed that the dinosaur had an unusually high number of teeth in relation to the size of its jaw.

Scientists suggest this may indicate it ate a fish or insect-based diet.

However, they say further evidence — such as the fossilised remains of its stomach contents — is needed to confirm this hypothesis.

Natovenator, researchers say, was closely related to halszkaraptorines –a group of similar dinosaurs that previous studies have suggested may have been adapted for a semiaquatic lifestyle like modern day waterfowl.

“Its body shape suggests that Natovenator was a potentially capable swimming predator, and the streamlined body evolved independently in separate lineages of theropod dinosaurs,” scientists write in the study.