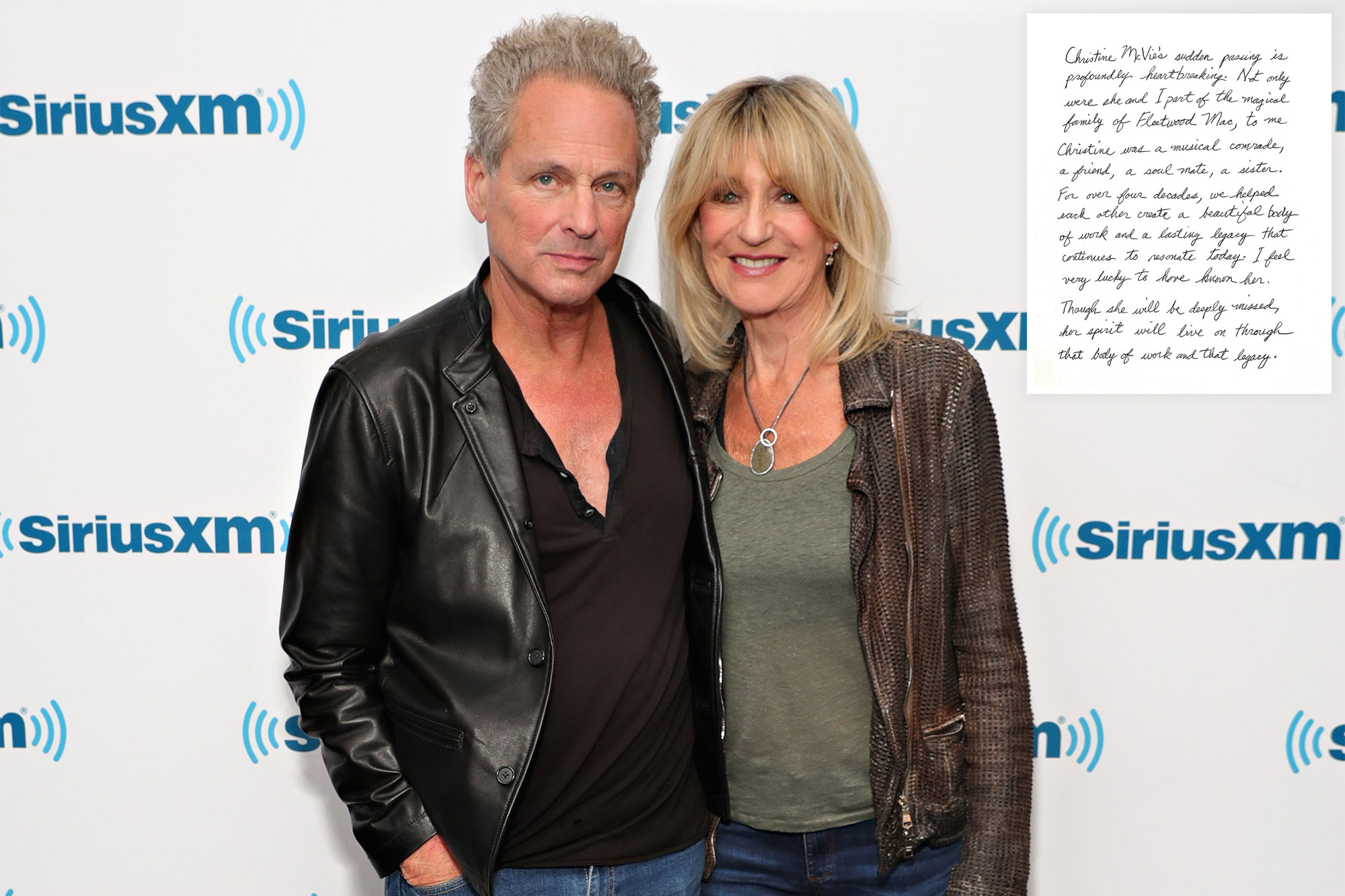 Fleetwood Mac’s Lindsey Buckingham is remembering longtime bandmate Christine McVie in a soulful post following her death Wednesday at the age of 79.

The 73-year-old singer-guitarist posted a handwritten letter to his Instagram page Thursday that reads, “Christine McVie’s sudden passing is profoundly heartbreaking. Not only were she and I part of the magical family of Fleetwood Mac, to me Christine was a musical comrade, a friend, a soul mate, a sister.”

“For over four decades, we helped each other create a beautiful body of work and a lasting legacy that continues to resonate today. I feel very lucky to have known her. Though she will be deeply missed, her spirit will live on through that body of work and that legacy,” he closed.

McVie, who joined Fleetwood Mac in 1970, died after a “short illness.” She wrote or co-wrote half the songs featured on the Rock & Roll Hall of Fame group’s 1988 “Greatest Hits.” McVie was surrounded by loved ones at the hospital, her family said in a statement posted to the vocalist and keyboardist’s Instagram. 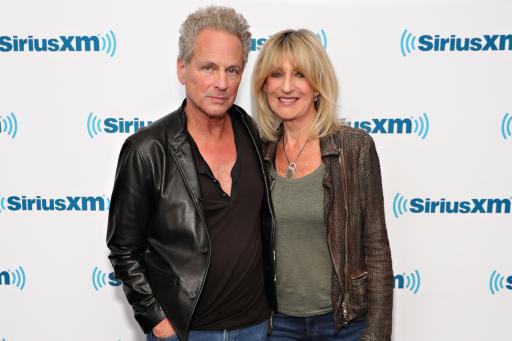 “I didn’t even know she was ill… until late Saturday night,” Nicks revealed.

Nicks then wrote out the lyrics to Haim’s 2019 track “Hallelujah,” including this touching verse, “I had a best friend but she has come to pass / One I wish I could see now / You always remind me that memories will last / These arms reach out.” 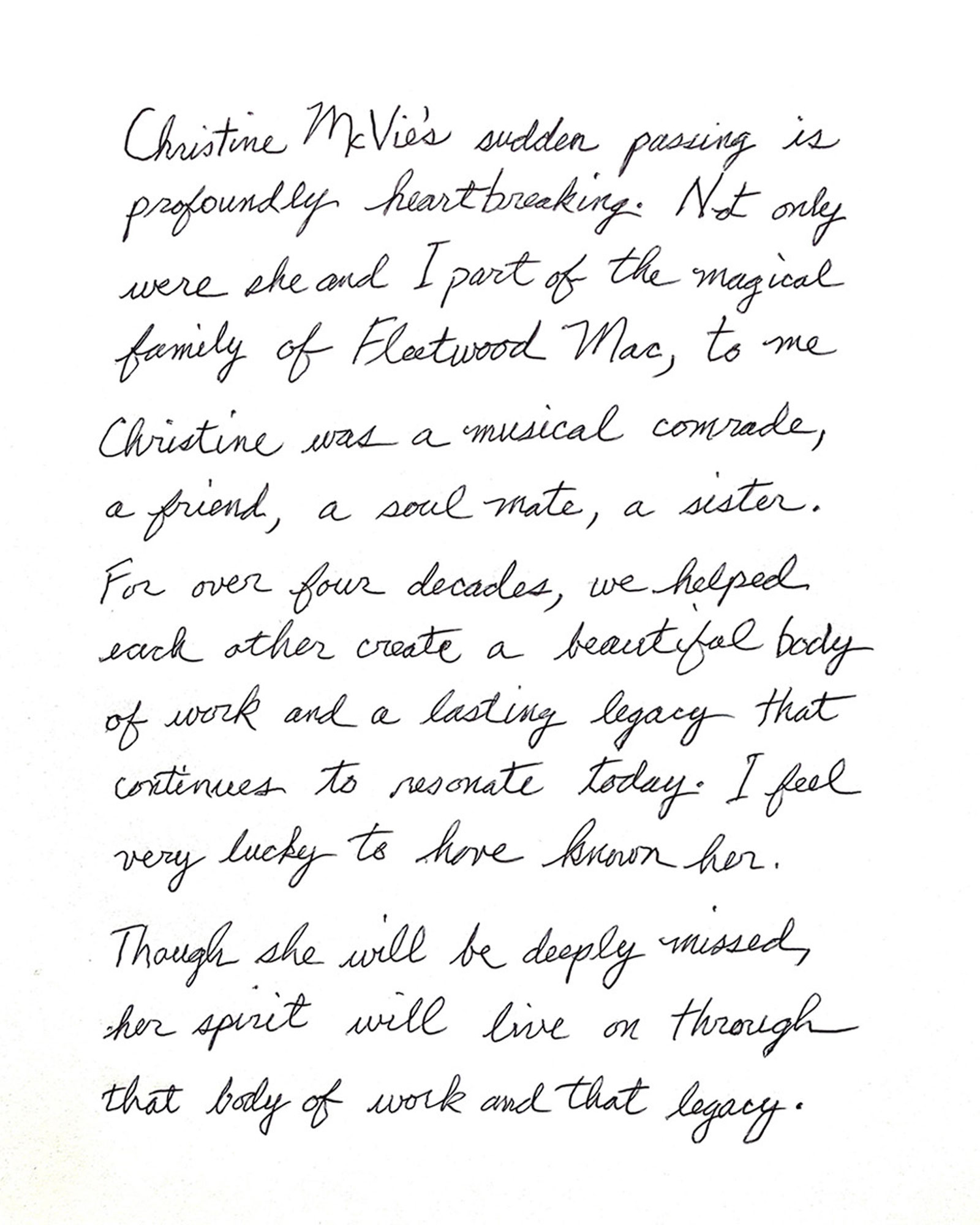 “Not only were she and I part of the magical family of Fleetwood Mac, to me Christine was a musical comrade, a friend, a soul mate, a sister,” Buckingham wrote. 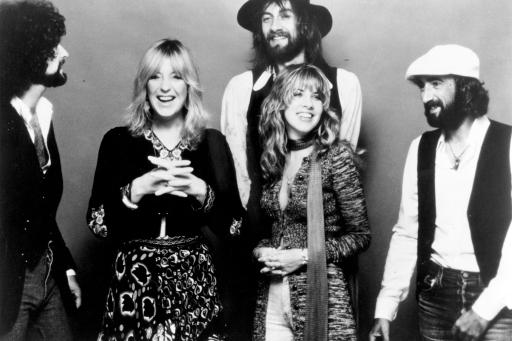 “We were so lucky to have a life with her. Individually and together, we cherished Christine deeply and are thankful for the amazing memories we have. She will be so very missed.”