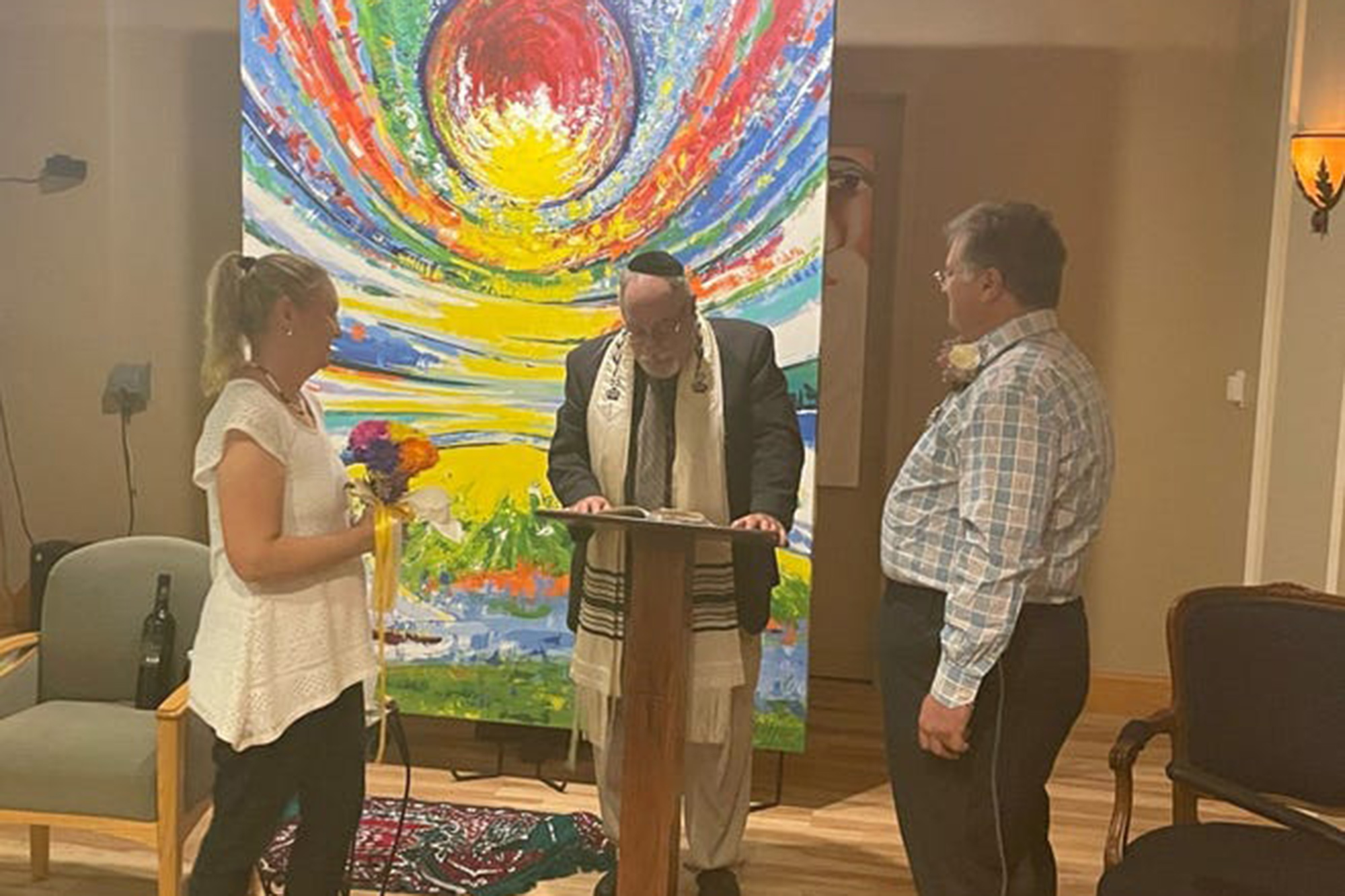 He prepped for surgery — by getting hitched.

A Florida teacher who needed an emergency triple bypass three days before his wedding decided to get married in the hospital chapel right away rather than delay his nuptials, according to a report.

“So I said, ‘Let’s get married right now. Call the rabbi and get him up here,’” said Daniel Pecoraro, 55. “We had the marriage license, and I didn’t want to let it go to waste.”

Pecoraro and Lisa Siegel were slated to get hitched on Nov. 10, when the middle school science teacher learned he needed the bypass at HCA Florida JFK Hospital in Atlantis.

The educator at L.C. Swain Middle School in Greenacres began experiencing chest pains at work on Nov. 4 while running between meetings. 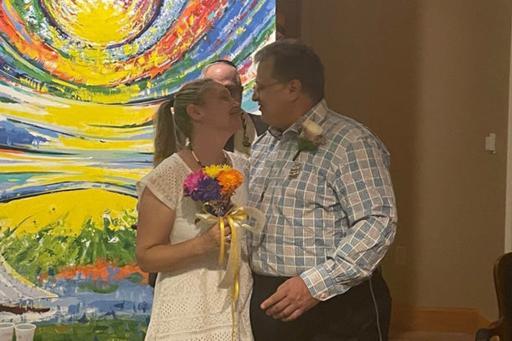 The happy couple already had their marriage license, so decided to speed up the nuptials.

“I started feeling shooting pain in my arm,” he recalled. “I talked to the secretary, who told me I’d better take it seriously.”

When he visited the hospital, he learned an artery in his heart was only allowing 10% blood flow.

Upon hearing the shocking news, he re-proposed to Siegel, a 48-year-old jewelry business owner, and asked if she’d be ok with exchanging their vows in the hospital chapel. 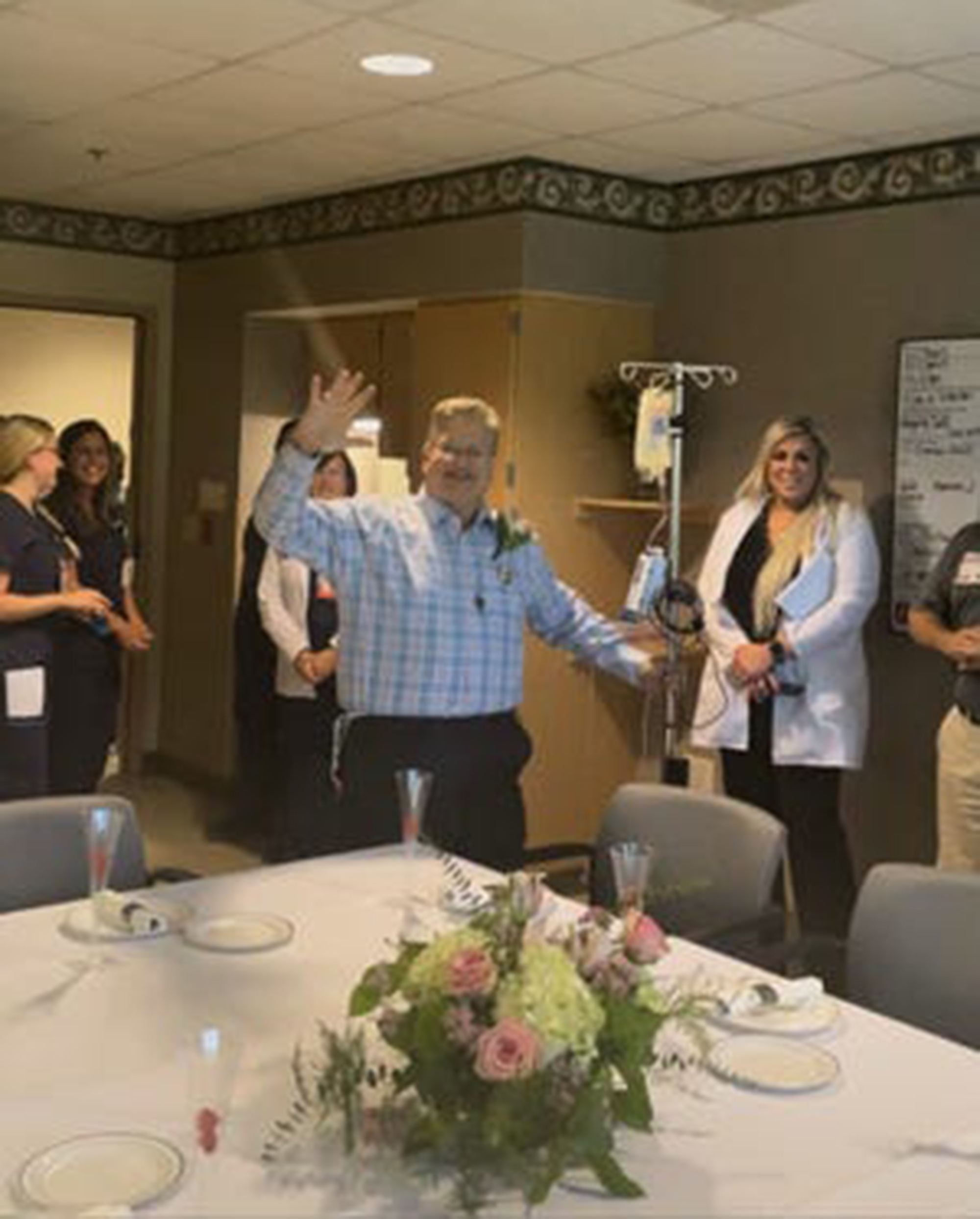 The groom, who is a middle school science teacher, first started feeling ill while at work.

“I wouldn’t have been able to stand or participate in the wedding ceremony,” he explained of his decision to push up the wedding.

The pair’s rabbi married them in a traditional Jewish ceremony. The groom had a boutonniere pinned to his shirt with his IV trailing behind him.

The lovebirds thought they’d have a small ceremony with their parents and go back to Pecoraro’s room for celebratory cookies and a toast. 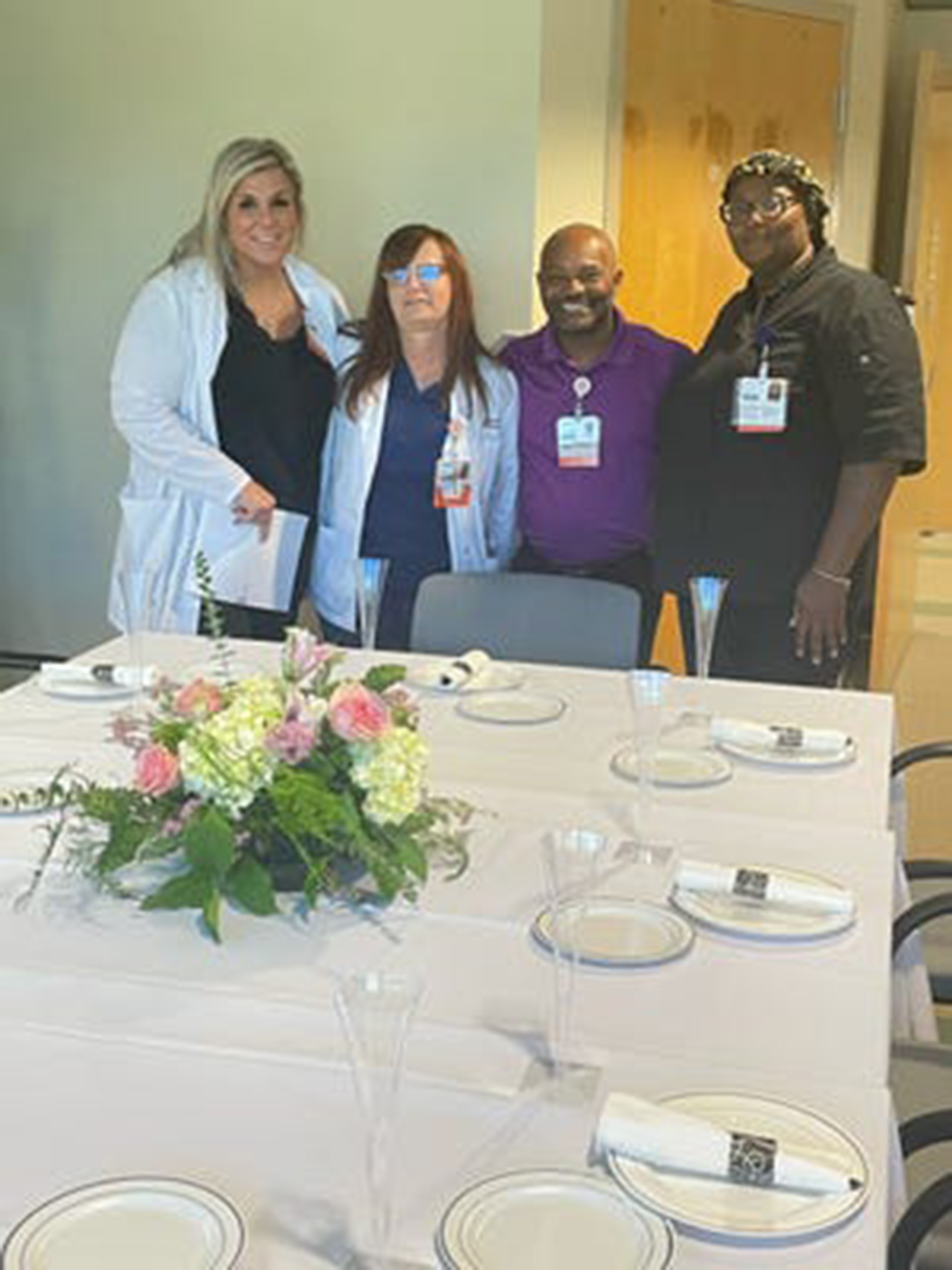 However, the hospital staff surprised the newlyweds with a more fitting celebration.

Nurses, caregivers and other employees set up a banquet table in the chapel, complete with a buffet.

“It was so beautiful. I couldn’t believe how beautiful they made it,” Siegel gushed.