Brittany Higgins has shared a video from her hospital bed on her 28th birthdayAdmitted to a mental health facility last week when rape case was dropped Room decorated with balloons and flowers. Her mum and a friend were visiting Boyfriend David Sharaz uploaded a heartwarming birthday post on Instagram Ms Higgins alleged Bruce Lehrmann raped her in 2019. Trial dropped on Friday  Bruce Lehrmann continuously and strenuously denied rape allegations

Brittany Higgins has shared footage from her hospital bed for the first time since she was admitted, thanking her family and friends for helping her celebrate her 28th birthday.

The former Liberal staffer has been in a Queensland mental health clinic since the alleged sexual assault charge against her former colleague, Bruce Lehrmann, was dropped on Friday.

ACT Director of Public Prosecutions Shane Drumgold decided not to proceed with a second trial amid fears it would negatively impact Ms Higgins’ mental health – after the first one was aborted in October due to misconduct by a juror.

Daily Mail Australia reported earlier on Wednesday that Ms Higgins’ birthday had began with boyfriend David Sharaz buying her a coffee and delivering it to her bedside.

Later that afternoon, she uploaded an Instagram story, which she filmed from her bed in the hospital ward.

Her mother Kelly Higgins waved at the camera, and another friend could be seen sitting in front of a table filled with balloons and flowers. 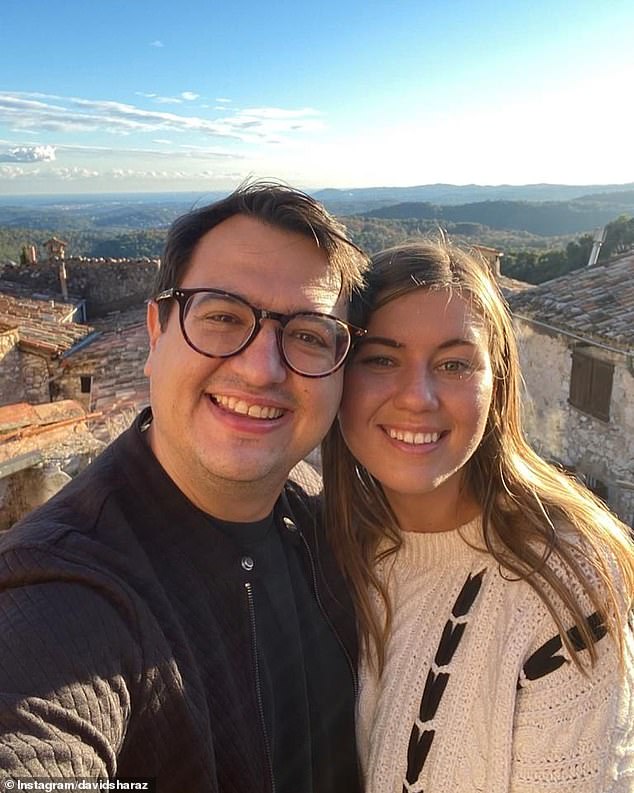 David Sharaz is pictured with brittany Higgins. He uploaded photos of them together for her 28th birthday 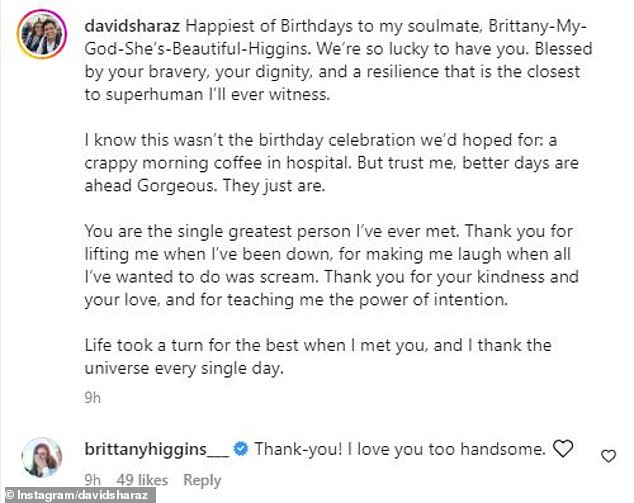 She captioned the video: ‘My friends and family are the best.’

‘Happiest of Birthdays to my soulmate, Brittany-My-God-She’s-Beautiful-Higgins. We’re so lucky to have you.

‘Blessed by your bravery, your dignity, and a resilience that is the closest to superhuman I’ll ever witness,’ he wrote.

‘I know this wasn’t the birthday celebration we’d hoped for: a crappy morning coffee in hospital. But trust me, better days are ahead gorgeous. They just are.’

He thanked Ms Higgins for her ‘kindness and love’, and said she was the ‘single greatest person’ he has ever met. 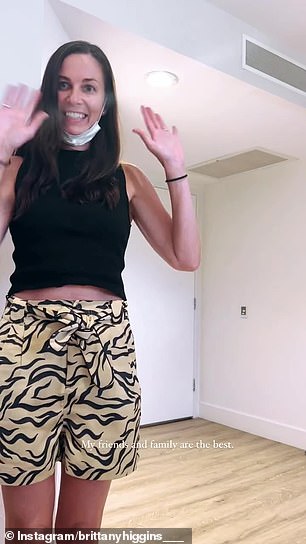 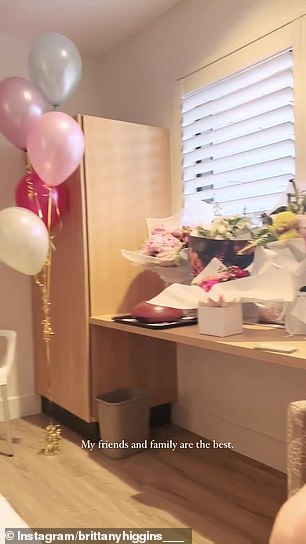 Kelly Higgins (left), Brittany’s mother, could be seen in her hospital room. The room was decorated with flowers and balloons 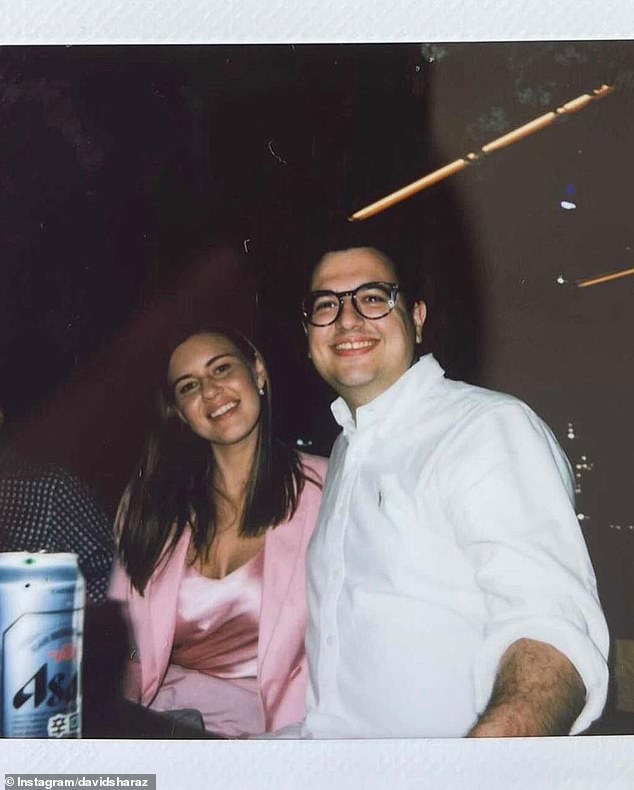 It had been alleged that Mr Lehrmann raped her inside Parliament House in March 2019.

Mr Lehrmann pleaded not guilty to sexual intercourse without consent at trial and has strenuously denied the allegations against him.

Her birthday celebrations come just days after it was revealed her lawyers were preparing to launch civil court proceedings against the Commonwealth and her former bosses Linda Reynolds and Michaelia Cash.

Her lawyers have sent documents to all parties setting out an intention to sue for sexual harassment, sex discrimination, disability discrimination, negligence, and victimisation.

An official claim is yet to be filed as the involved parties prepare to enter into mediation talks on December 13. 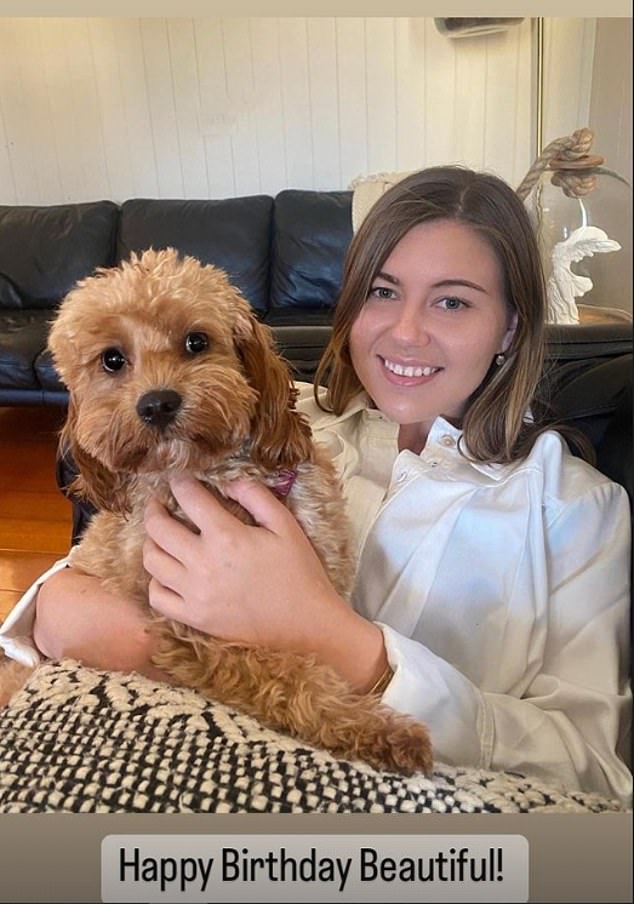 Brittany Higgins has spent her birthday in hospital with her mother Kelly Higgins (pictured), a friend, and her boyfriend

It is understood Noor Blumer, a founding partner of Blumers Lawyers has been quietly negotiating the claim since February. She has declined to comment on the matter or any mediation talks.

Ms Higgins’ lawyer Leon Zwier, who supported her during the criminal case in Canberra, is aware of the claim.

Ms Higgins first alleged she was raped by a ‘male colleague’ during a TV interview on The Project with Ms Wilkinson in February 2021, which later won the current affairs program a Logie.

Sources with knowledge of the situation said Mr Lehrmann will claim he wasn’t given opportunity to respond to the allegations levelled in the program.

Mr Lehrmann was not publicly named as Ms Higgins’ alleged rapist until six months later, when he was formally charged with sexual assault.

However, Channel 10 has also insisted its news team approached Mr Lehrmann for comment.

A Channel 10 spokesperson on Tuesday said: ‘As is customary, comment was sought but not provided. Network 10 has received no notice of any claim or proceedings.