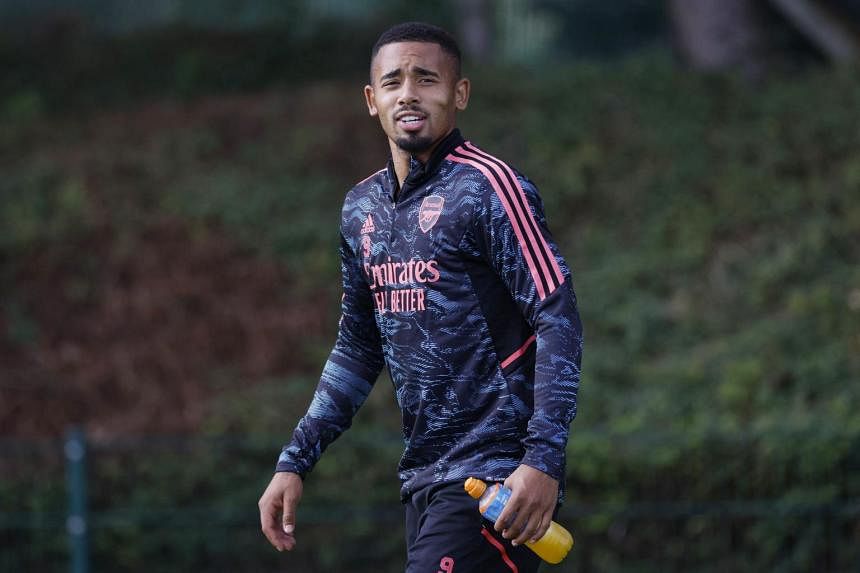 Arsenal’s Brazil striker Gabriel Jesus left Manchester City because he no longer wanted to play under Pep Guardiola, he said in an interview published by ESPN Brasil on Friday.

The 25-year-old has made a great start at the Emirates since he was unveiled as Arsenal’s marquee £45 million (S$72 million) summer signing by manager Mikel Arteta, a former assistant to Guardiola at the Etihad.

Jesus has been one of the stars of the early season with four goals and three assists in his first seven Premier League matches for the Gunners.

“I was very happy at Manchester City, it’s not that I was unhappy there,” said Jesus.

“But I also had to accept the way the team wanted me to play… The issue was the way that he (Guardiola) understood football and what he wanted.

“In this case, it’s up to you to accept it or not. If you don’t accept it, then ‘thanks’ and let’s go for another challenge.

“I accepted it for a while but then I got to the point when I said, ‘I want something else for me’. I thanked him… he understood and that’s it.”

The former Palmeiras forward had been unhappy with the amount of playing time he was given by Guardiola and left City as the Citizens signed Norway star Erling Haaland and young Argentinian prospect Julian Alvarez.

Haaland has made a sensational start with 11 goals in seven league games.

But he was unhappy at being mostly deployed by Guardiola on the flank rather than his preferred centre forward role.

“At City it was different, the forward didn’t touch the ball much, you just have to watch the games to see.

“I spoke a lot with Arteta about the style of play. He knows me, I know him, I understood what he wanted from me.”

Arteta was a first-team coach at City when Jesus joined in 2017, and left for the London side two years later.

“Here I’m free on the pitch, playing football with a smile on my face and always trying to give my best,” said Jesus.

After six wins from their seven matches, Arsenal are top of the Premier League ahead of Saturday’s north London derby against third-placed Tottenham.

Despite his great club form, Jesus was not called up by Brazil coach Tite for September’s World Cup warm-up friendlies, a 3-0 win over Ghana and 5-1 thrashing of Tunisia. AFP