Ami is a content creator who has shared how she solved her mould problem with her 230K TikTok followers. She shared a video of the mould infestation behind her fridge on her account @positivami.

The video, which has had 130K views on the app, showed how she used a cheap supermarket spray to make her kitchen walls look brand new. She explained to her followers: “It’s that time of year when mould starts creeping in and this is the first winter in this house so I was very very annoyed and upset to move the fridge back and find all of this.

“But this Astonish mould spray is literally incredible. This is it often not even wiping after just leaving it for five minutes. Then I just wiped the rest of it away and yeah, it was looking as good as new.

“Obviously I know that this isn’t a complete cure for it. And I will try to keep on top of it. But, for a £1 spray, you can’t go wrong.”

She used the Astonish Mould & Mildew Blaster. The cleaning product, with an apple scent, is designed to remove the unsightly build-up. 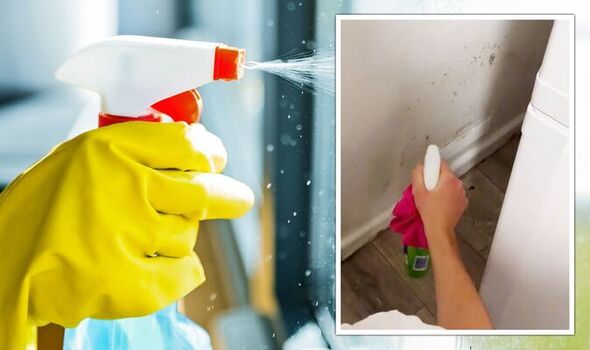 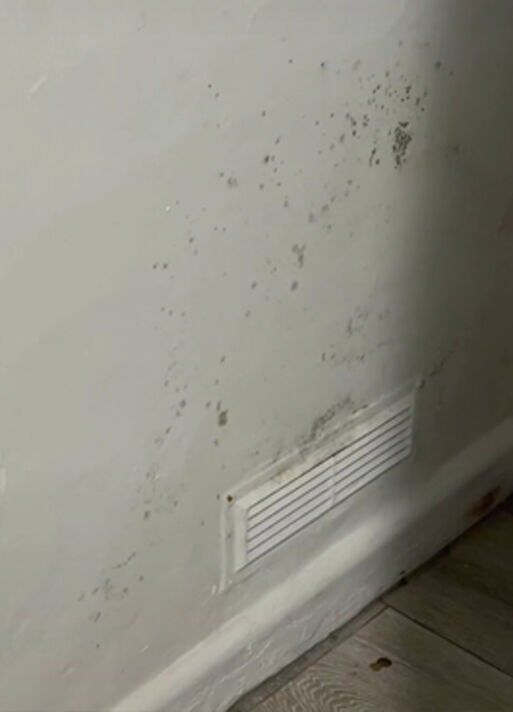 Astonish claims the product “blasts away mould and mildew stains in minutes without the need for scrubbing.” To use it: “Spray, leave for a few minutes then rinse or wipe clean. On vertical surfaces apply via a sponge or cloth to avoid run off.” The product can be bought in most UK supermarkets and online, including at:

Get rid of condensation ‘in seconds’ – two simple methods [EXPERT]

Mum’s £3 trick to keep mould at bay: ‘This stuff kept mould away [PRODUCT] 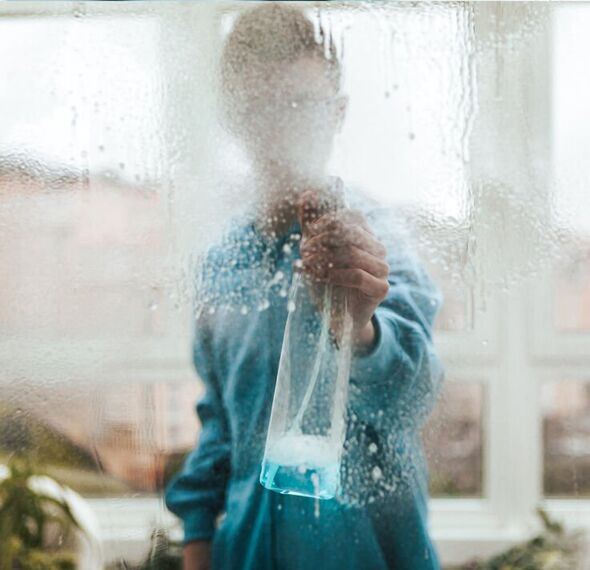 A man using a spray

Ami’s followers chimed in to praise her post and in some cases offer some advice. One said: “Actually think this is a really helpful video. I’m sure most people can get really embarrassed about having mould but with most situations, it’s unavoidable so thank you for normalising!”

Some professed to also be fans of the Astonish spray. One wrote: “I live in a bungalow and have to be so careful with all my outside walls. This spray is amazing and is the one I swear by too.”

One recommended another spray, which can be bought on Amazon and at Wilko. They wrote: “HG Mould Remover Spray off Amazon is amazing. The mould in ours has not come back.”

More suggested buying a dehumidifier to keep mould away. One said: “We have an electric dehumidifier and we just move it to the room we need it to work in. It costs us 14p an hour which is so good!”

Another wrote: “Dehumidifiers are a lifesaver! I have the MeacoDry one, which only costs 4p an hour and makes a huge difference, no mould at all anymore.”