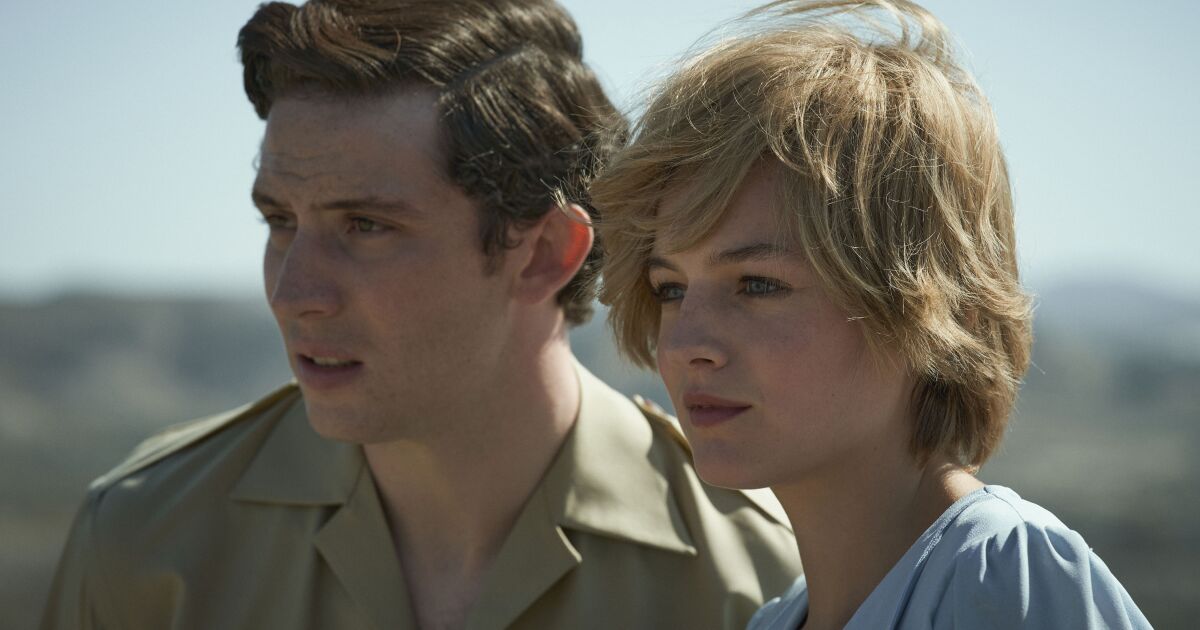 British actor Emma Corrin, who won a Golden Globe award for their role in “The Crown,” is the latest artist to advocate for gender-neutral categories at award shows.

Corrin said they “hope for a future” with gender-free awards and also called for more nonbinary, queer and trans people to have roles on screen.

“It’s about everyone being able to feel acknowledged and represented,” Corrin, who is nonbinary, told the BBC in a radio interview last week. “I don’t think the categories are inclusive enough at the moment.”

Corrin broke out in 2021 as Diana, Princess of Wales, in Netflix’s “The Crown.” Their performance garnered a host of award nominations and wins, including nods from the Emmys and Screen Actors Guild awards and a trophy at the Golden Globes, all in female categories. At the time, Corrin went by she/her pronouns.

However, since July 2021, Corrin has identified as nonbinary and this year has received critical acclaim for their role in the 2022 film “My Policeman.”

“It’s difficult for me at the moment trying to justify in my head being nonbinary and being nominated in female categories,” Corrin said.

The Grammys abandoned gender-specific awards a decade ago, starting in 2012. Nonbinary artists such as Sam Smith and Demi Lovato have since been nominated or won awards at the show. The MTV Movie & TV Awards made the same move in 2017.

And in recent years, speculation has been swirling around whether high-profile award shows such as the Oscars, Golden Globes and Emmys will follow suit amid a rising tide of shows rolling out gender-neutral formats.

The Independent Spirit Awards announced this year that its 2023 show will grant acting awards regardless of gender. The Berlin International Film Festival dropped gender-specific awards from its lineup in 2021. And on Monday evening, the Gotham Awards, which honors independent films, will hand out gender-neutral awards for the first time at its ceremony in New York City.

In most award shows, nonbinary actors may choose whether to submit in the actor or actress categories, but for those who identify as neither, the choice is difficult.

“I personally cannot abandon my identity and my community to receive an accolade, and that’s not to diminish the accolade,” E.R. Fightmaster, who in 2021 became the first nonbinary actor to play a doctor in the long-running ABC show “Grey’s Anatomy,” previously told The Times.

“It’s a career-changing accolade. It’s an award that actors work their whole lives for. Genderqueer actors should not have to abandon their identities to receive acknowledgement about their merit and their talents.”

Corrin said the conversation of inclusivity should also extend into who is being cast for each role. They said that as more nonbinary performers are cast in shows and films, award shows will be more inclined to address the issue.

“When those parts come up, meaning more people and more actors are playing those roles, then I think there will be more of an urgency with which these questions will be addressed,” Corrin said.