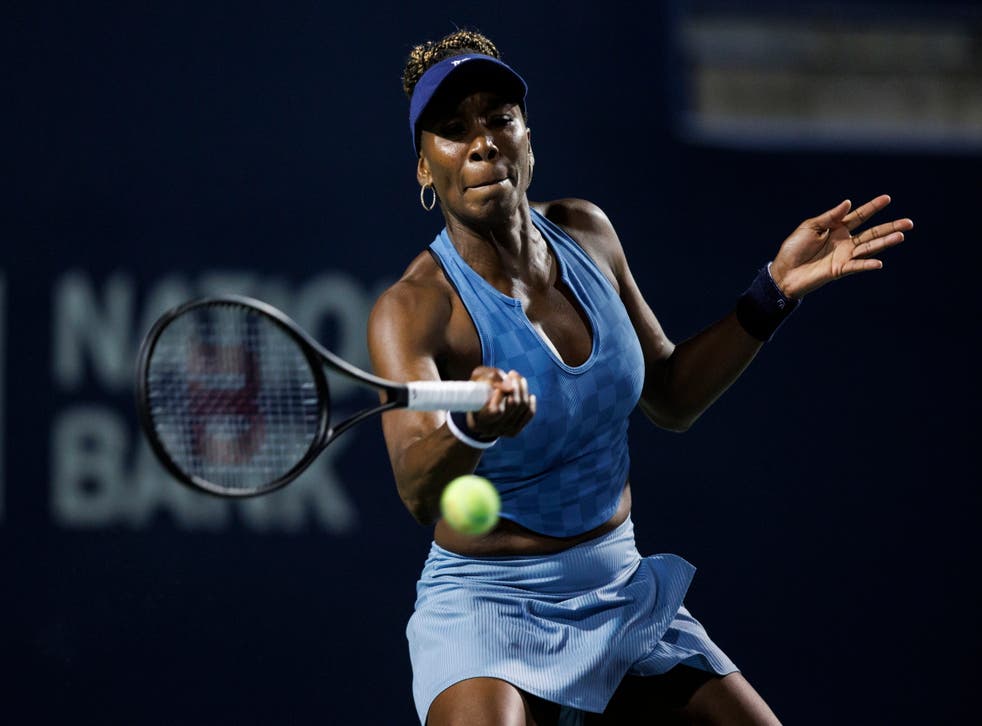 Former champions Venus Williams and Dominic Thiem have been handed wildcards into the US Open.

Williams, who won at Flushing Meadows in 2000 and 2001, will compete at the age of 42 as she continues a comeback from a recent injury.

The elder Williams sister, whose sibling Serena is set to retire at the end of the tournament, played in Washington and Toronto having previously spent a year out and will appear in New York for the first time since 2020.

Thiem, champion in 2020, has also been handed a place in the main draw as he continues his recovery from a serious injury.

The Austrian – who is currently ranked 228 – suffered a wrist injury that curtailed most of 2021 and the first part of 2022.

Americans Sofia Kenin, who won the Australian Open in 2020 and is also coming back from a long injury lay-off, Sam Querrey and Coco Vandeweghe have also been handed wildcards by the United States Tennis Association.

Penny Lancaster cut a typically glamorous figure on Thursday night as she led the stars at the Moulin Rouge! The Musical gala in aid of Teenage Cancer Trust. The model, 51, dazzled in a red fringed mini dress as she hit the red carpet at the glitzy event held at The Piccadilly ...


View more: Penny Lancaster cuts a stylish figure in a fringed red mini dress and smart black jacket as she leads the glamour at the Moulin Rouge charity gala

Angelia Jolie Saul Loeb/Getty Images Angelina Jolie has joined those demanding freedom for Iranian women, as protests continue after the death of Mahsa Amini. The actress, director and campaigner posted an impassioned appeal on her Instagram account, saying Iranian women needed “freedom to live and breathe without violence or ...

Digital minister aims to wrest Japan out of analog doldrums

Half of UK’s professionals to look for new job as result of mini-Budget, survey finds

Iran to 'take action' against celebrities over Mahsa Amini protests

The Miniature Cookie Dessert That Has Costco Shoppers Freaking Out

Near the Greenwich pub where the mini-budget was born, Londoners share their fears

Sackboy: A big Adventure – here are the minimum PC requirements