You might not be familiar with the name Foxconn, but you certainly know its biggest product: the Taiwanese electronics company is one of the leading iPhone manufacturers. The firm is also looking to expand into the automotive space. In 2021, Foxconn purchased the Lordstown assembly plant in Ohio from struggling EV startup Lordstown Motors. Now Foxconn has given the first look at a new electric hatchback, the Foxtron Model B, that it plans to eventually build in the United States.

Foxconn has provided minimal information so far about the Model B, with the EV set to be fully unveiled on October 18. You may have noticed that the brand name associated with the Model B is not Foxconn, but Foxtron—this vehicle is part of a joint venture between the electronics maker and Yulon Motor, Taiwan’s largest automaker which has built Nissans under license for decades and also created its own brand, Luxgen.

While Foxconn is tight-lipped about specifications, the video does show off the Model B’s design, which was penned by Italian design house Pininfarina. The compact car has its large, flashy wheels pushed out the corners, while the front and rear ends are dominated by full-width LED light bars. The smooth bodywork is accentuated by a stylized C-pillar, and a unique feature in the taillights appears to display images to communicate with pedestrians. 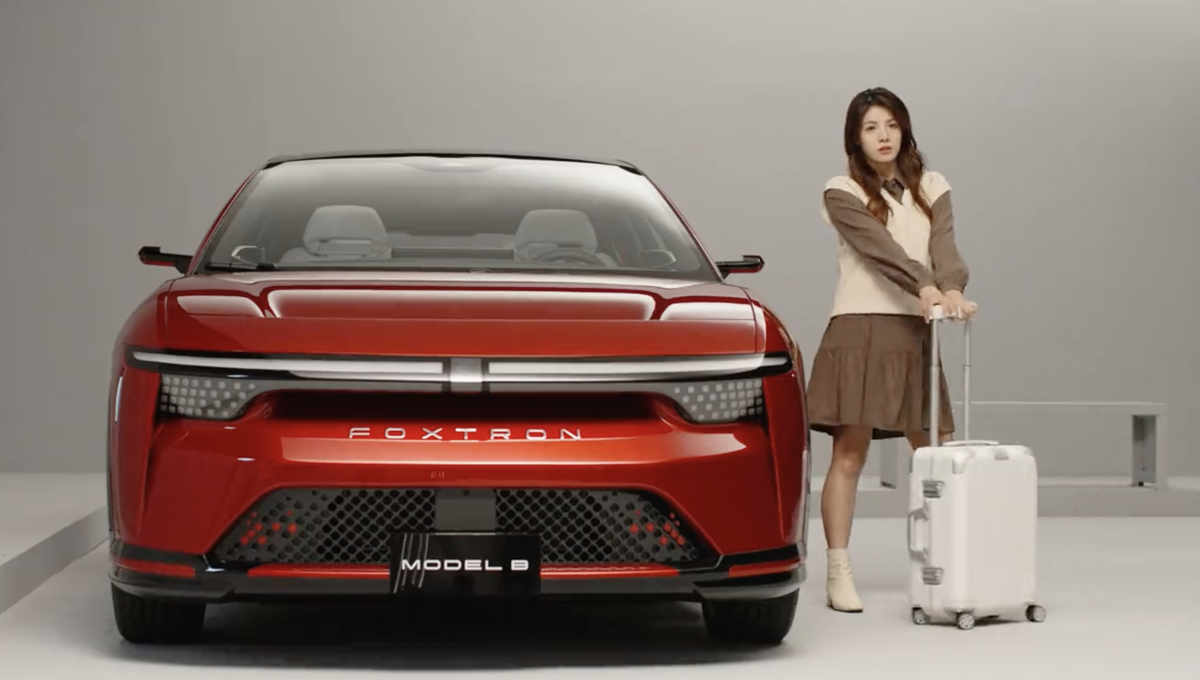 The Model B will ride on Foxconn’s open-source MiH platform—which stands for Mobility in Harmony. The platform will also underpin two additional models previously revealed by Foxconn, the Model C, a larger crossover, and Model E, a luxury sedan. The platform supports single and dual-motor setups, and Foxconn claims a range of 435 miles from the Model C and 466 miles for the Model E. 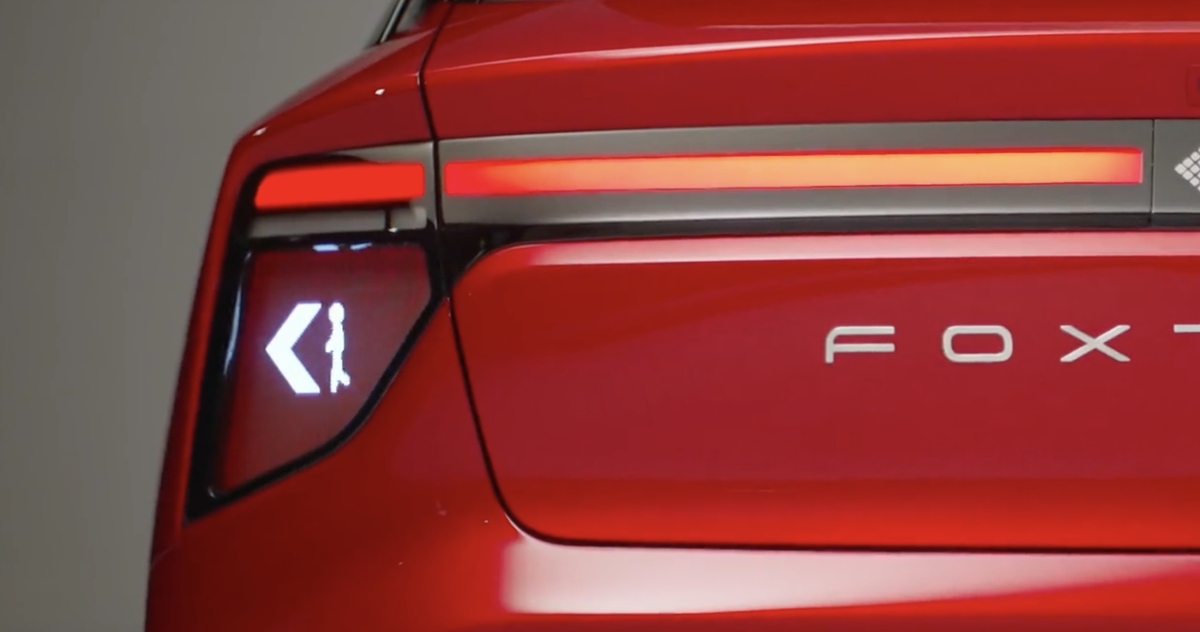 Foxconn is aiming to initially start building the Model B in China in 2023, but will eventually start production of the vehicle in 2024 at the Lordstown plant, which formerly produced the Chevy Cruze. It’s unclear if the Model B will be offered in the U.S. The plant is apparently configured to churn out to 500,000 vehicles a year, and Foxconn plans to also build the Lordstown Endurance and Fisker’s upcoming Pear crossover at the plant under contract as well. 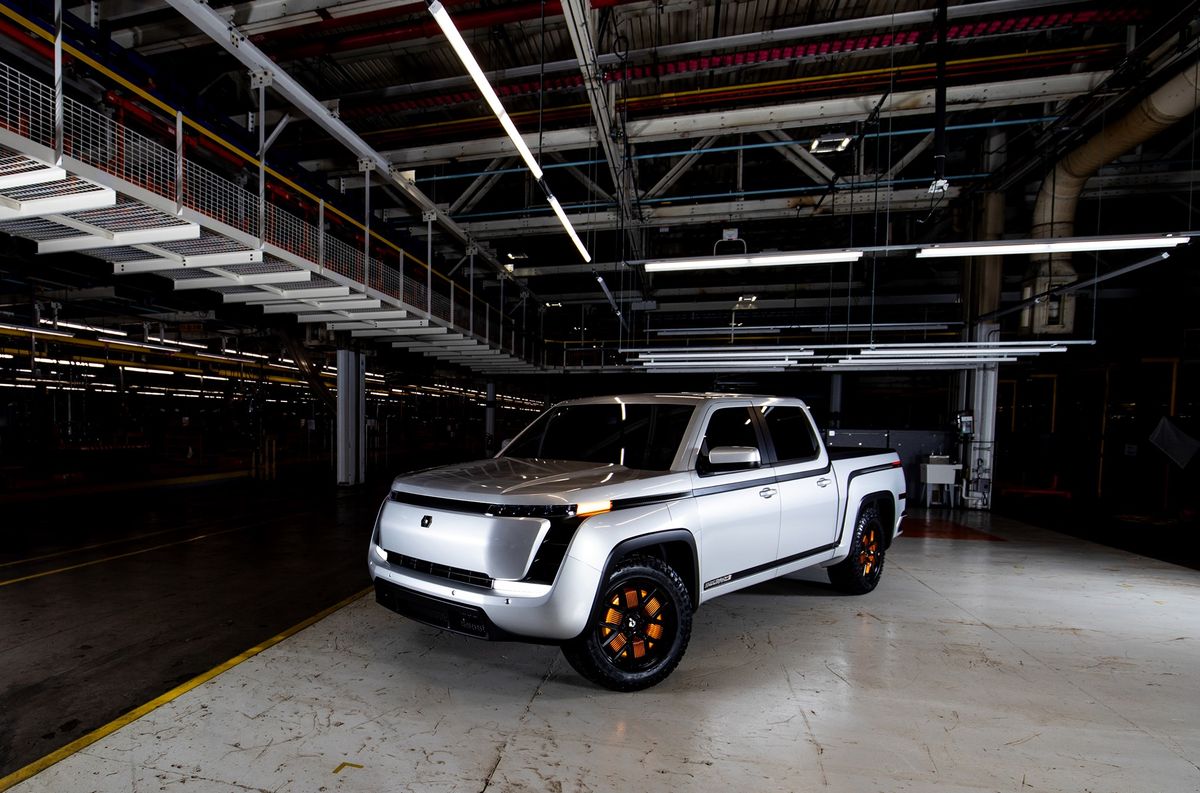 While it would great to see the factory up and running again, we remain skeptical of Foxconn’s ability to follow through on its automotive ambitions. Foxconn previously pledged to invest $10 billion in a massive display panel manufacturing plant in the small town of Mount Pleasant, Wisconsin, originally touting the creation of 13,000 jobs and production starting in 2020. Five years later, only a few buildings have been completed, little has been produced, and the investment has been reduced to $672 million with only 1454 new jobs.

The Lordstown plant is also relying on unproven automotive startups. The Fisker Pear, for instance, is only a shadowy rendering at this stage. While Lordstown Motors has now built the first two Endurance pickups at the Ohio factory—the first of an initial batch of 500 vehicles set to be delivered in 2022 and 2023— the company’s past financial struggles means its longevity remains in question. Foxconn previously aimed to help build an EV from Chinese startup Byton, but those plans fell through when Byton ran out of funds. Hopefully the same fate doesn’t befall Fisker and Lordstown Motors, but Foxconn’s automotive future is still up in the air.

Elon Musk Reveals that Apple Has Resumed Advertising on Twitter

Should Apple have licensed Mac OS back in the early 1990s? Photo: Thomas Hawk/Flickr CC December 4, 1992: Apple engineers demonstrate a “proof of concept” of the Mac operating system running on an Intel computer. More than a decade before Macs will switch to Intel processors, the astonishing feat ...

Think Outside the Wallet: 5 Unexpected Places to Put Your Apple AirTags

Go beyond putting the AirTag on your keychain, wallet or phone with these helpful recommendations.


View more: Think Outside the Wallet: 5 Unexpected Places to Put Your Apple AirTags

Much-rumored headset likely won't ship in previously expected volume until the second half of 2023, a noted Apple analyst reports.

Nathan Ingraham / Engadget All products recommended by Engadget are selected by our editorial team, independent of our parent company. Some of our stories include affiliate links. If you buy something through one of these links, we may earn an affiliate commission. All prices are correct at the time ...

Instagram Stories are a popular way for people to share photos and videos of moments throughout their day that are presented in a slideshow. One fun way to customize your Instagram Story posts is to add music to your stories as you add them. You can add music to ...


View more: How to Add Music to Your Instagram Story

A render of a potential Apple headset [AppleInsider] AppleInsider may earn an affiliate commission on purchases made through links on our site. Apple’s in-development mixed-reality headset could see its launch pushed back from early 2023 to later in the year, indicates analyst Ming-Chi Kuo, with software issues causing an extended ...

Apple reportedly accelerated plans to shift production out of China

Kuo: Apple Headset Shipments Potentially Delayed Until Second Half of 2023

How to use the Apple Watch Compass app

Forget Your Apple Login? Here Are 5 Easy Ways to Reset Your Password

Apple speeds up plans to move iPhone production out of China

Apple Makes Plans to Move Production Out of China

Apple is accelerating plans to move production out of China as protests and riots intensify in response to zero-Covid policies, report says

If You Invested $1,000 In Apple Stock When Tim Cook Became CEO, Here's How Much You'd Have Today

How to Get Your Spotify Wrapped for 2022

Grab a New Apple MagSafe Charger for $30 -- Today Only

Man Steps Out of Apple Store With 300 iPhone 13s in Manhattan, Gets Robbed

Elon Musk Has Beef with Apple Over Twitter App