Manchester United winger Amad Diallo is a loan target for Ligue 1 side Nice with the forward keen for playing time in one of Europe’s top-flight leagues this season.

The French side are currently exploring a deal for Arsenal’s Nicolas Pepe who has fallen out of favour at the Emirates and see Amad as an alternative if no deal can be struck.

Diallo joined United in 2021 for £37.2million as then-manager Ole Gunnar Solskjaer identified the Atalanta youth product as a star in the making. 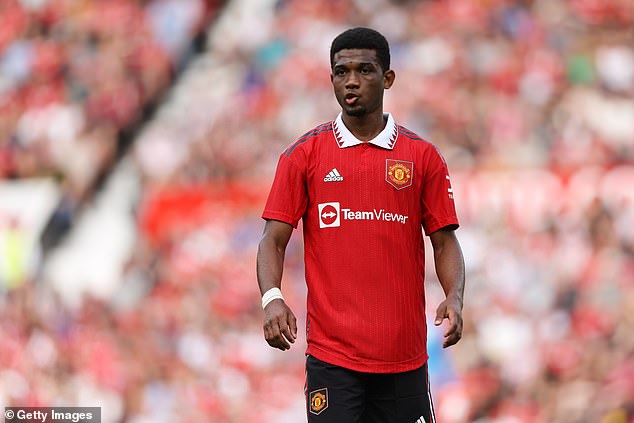 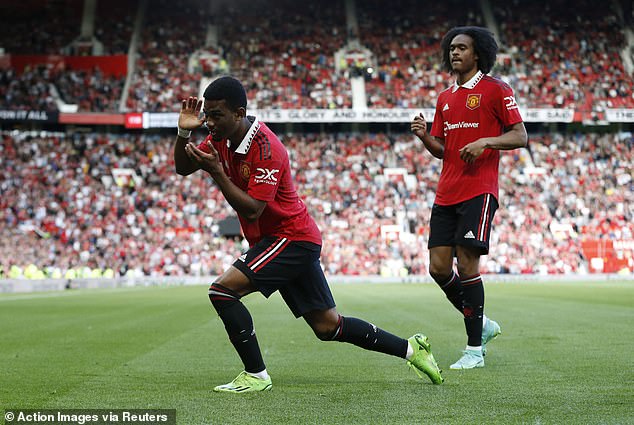 However he has made just nine appearances since making the switch to Old Trafford, and only three outings in the Premier League during the 20/21 season.

Diallo has since been shipped on-loan to Rangers but joined United for their pre-season tour of Asia and Australia as Erik ten Hag assessed his squad ahead of the new season.

The 20-year-old however is not in the immediate plans of his Dutch boss and is now the subject of interest from a host of English and European clubs seeking to try their luck on the highly-regarded youngster. 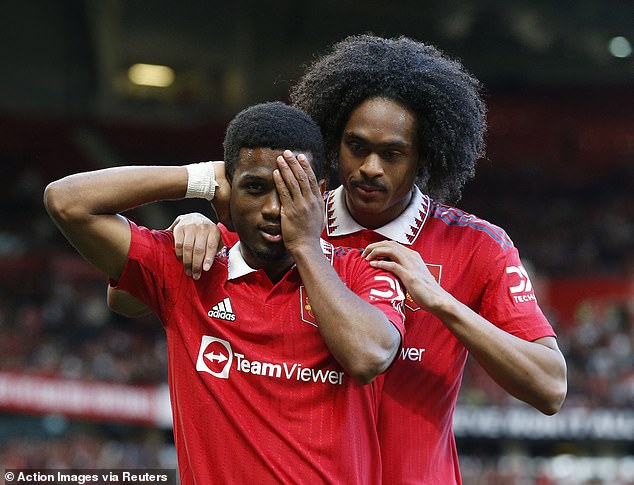 The Atalanta academy product joined United for £37.2million in 2021 but hasn’t impressed

Nice, owned by Sir Jim Ratcliffe who recently expressed interest in buying United, would be favourites to land Diallo on a loan basis this season, but are not the only club tabling offers.

Championship sides Blackpool and Sunderland have both approached the Premier League side to try and lure Diallo to English football’s second division. 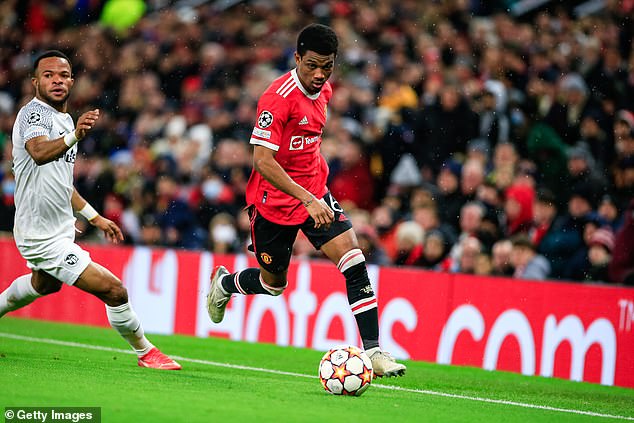 Everton are in desperate need of a striker following the long-term injury to Dominic Calvert-Lewin and are without a win from their opening two Premier League games.


View more: Stock markets give back gains made after Bank of England’s intervention

The hormone has been found to stimulate regenerative cells

The Evolution of Identity-Based Fraud: Why ATO Attacks are at the Top of the List

Written by Gunnar Peterson, CISO at Forter Digital identity is the new currency, and adversaries are chasing wealth. Research shows that 61% of data breaches are the result of compromised credentials. This is a common fraudster tactic, whereby using legitimate credentials allows them to avoid detection as they gather ...


View more: The Evolution of Identity-Based Fraud: Why ATO Attacks are at the Top of the List

Mercedes are likely to push for Red Bull to face punishment after claims they broke rules last season emerged. According to Auto Motor und Sport, Red Bull may have exceeded last season’s $148million (£132m) budget cap allocation in news that will likely infuriate Mercedes and Lewis Hamilton. The FIA are ...

Birkenhead, UK – Nov 6 2020: The car park, entrance and green sign of a store of the ASDA With winter season fast approaching, Asda has launched its annual flu jab service. But this year, the supermarket is offering customers money off their shopping if they book a flu ...

TransportForWalesNewp.JPG Train cancellations are beginning today ahead of the biggest rail strike shutdown for 40 years. Members of the RMT union, the train drivers’ union, Aslef, and the white-collar TSSA are walking out in a range of disputes over pay, jobs and working conditions. RMT staff employed by Network ...

Grimsby seafood firm Northcoast saw UK sales and operating profit increase strongly ahead of its spring buy-out. The retail-focused manufacturer enjoyed a seven per cent lift in domestic activity, having also sold off a Danish subsidiary in 2020, with earnings up from £2.7 million to £3.5 million. Japanese-backed Dutch operation ...

No honeymoon for Truss, as poll gives thumbs-down to PM in first month in office

Delete my number! Singletons reveal the hilarious and cringeworthy tests from their exes - including one desperate man who wanted to meet up to hand over a sock

Tail of Hurricane Ian to lash Britain: Nation braces for a battering when tempest that wreaked havoc in US brings 94mph gales and two-day deluge from TODAY

Masked man in black 'grabbed girl, 10, around waist and tried to drag her away as she was on her way to school'

Video: Tail of Hurricane Ian to lash Britain: Nation braces for a battering when tempest that wreaked havoc in US brings 94mph gales and two-day deluge from TODAY

Europe's royal revolution: How Queen of Denmark's bombshell decision to strip her grandchildren of their titles is latest in brutal cull of the continent's bloated monarchies... so will King Charles now follow suit?

‘Is that my – is that Shawn up there?’ – Camila Cabello mistakes The Voice contestant for Shawn Mendes

Soccer-Nagelsmann 'not responsible for everything' amid Bayern's league struggles

Video: Liz Truss vows to cut red tape for farmers so they can produce more affordable food for struggling families

Arctic Monkeys UK and Ireland tickets: How to see the band’s 2023 tour

How the department store fell out of fashion

‘No real unionist can get involved ... only patsies and the easily led’

The UK is NOT in recession (yet): Economy grew 0.2% in second quarter, revised from a 0.1% fall... but GDP is STILL lower than before Covid after size of 2020 recession is UPGRADED

Ferne McCann 'fumes at Billie Faiers for giving her son the same name as her jailed ex-boyfriend Arthur' in new leaked voice note... after she 'branded Sam Faiers a "fat c***" in recording'