Tributes are pouring in for the 31-year-old dad who was killed during a fight on Richmond Bridge on Saturday (November 26). Reece Newcombe is remembered by family and friends as for his ‘larger than life personality’. The dad, who leaves behind a baby daughter born earlier this year, ‘always had a funny story to tell’ and ‘didn’t have a bad bone in his body’, according to his loved ones.

Reece, from Feltham, was found stabbed with what officers believe was a piece of broken glass and rushed to hospital where he died later on Saturday morning. His devastated family and friends have shared tributes to him in the wake of his death.

A family member wrote on Facebook: “We are truly heartbroken at the loss of our beloved son, brother, grandson, nephew, cousin. Words cannot describe our grief. Our family is broken and never will be the same again without Reece’s larger than life personality.

“As a family we will ensure his darling daughter Misse will know all about her daddy and how much he loved her and how much he was loved by everyone. Everyone that crossed paths with Reece always has a funny story to tell about his crazy antics.” 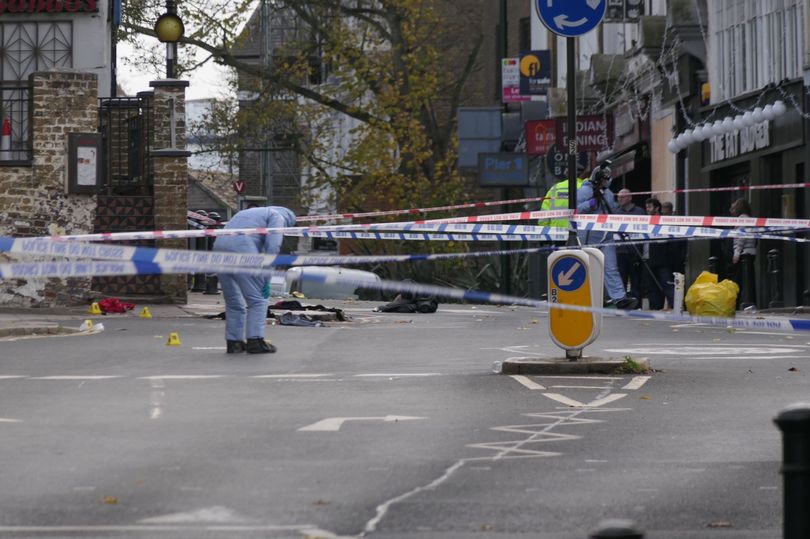 A fundraiser set up by one of Reece’s best friends to raise money for Reece’s daughter Misse has already reached £29,000. His friend remembers Reece as a ‘loveable, fun guy loved by all’ who ‘didn’t have a bad bone in his body’. Writing on the fundraiser, the friend continued: “He made an impact on everyone he met. Unfortunately we lost our dear Reece, leaving his daughter Misse behind. I want to raise money to give Misse the first Christmas and start in life her dad would have wanted.”

Other friends wrote about how Reece was a ‘genuine, funny, and down to earth man’ who always put a smile on their face. Reece was also a boxer known by many at West Boxing Club, Richmond Nub News reports. There, he helped train former footballer Ian Wright for some charity boxing, and actor Jack O’Connell who starred in SAS: Rogue Heroes and the new film adaptation of Lady Chatterley’s Lover.

Reece’s family have organised a memory walk in his honour. On Sunday, December 4 at midday anyone who knew Reece is invited to join a walk from on the park opposite Richmond Pools to Richmond Bridge where flowers will be laid.

Sharing the details about the walk on Facebook, a family member wrote: “Such are the circumstances around Reece passing it may be a while until we can lay him to rest & give him the send off he deserves. We are therefore organising a walk in honour of our beloved Reece, He was the best Father, Brother, Uncle, Son & Grandson anyone could wish for.

“Reece was so loved & touched many lives, So please don’t hesitate to join us & show how much he really meant to all of us and the mark he left on our lives. We appreciate everyone love, support & messages we have received. It just shows how loved he was.”

Chief Superintendent Lis Chapple, lead for policing in Richmond, said: “My thoughts are with Reece and his family. We will do everything we can to support our colleagues in Specialist Crime as they work to establish what has happened here. A scene will remain in place and my officers will remain posted at the scene and in the area to speak to local people about any concerns they have, or information they might want to share.”

Anyone with information that could assist police should call 101 or tweet @MetCC ref CAD 1099/26NOV. To remain 100 per cent anonymous, contact the independent charity Crimestoppers on 0800 555 111 or visit crimestoppers-uk.org.

Did you know Reece? Would you like to share a tribute to him? Get in touch at [email protected]