George Harrison didn’t appreciate music charts much. He thought they “killed” the truly good music artists recorded. However, George’s real struggle was with the record business. He didn’t like that they churned out the same music on a conveyor belt. Ultimately, they made it easier for him to step away from it completely. He only played music to connect with God anyway. 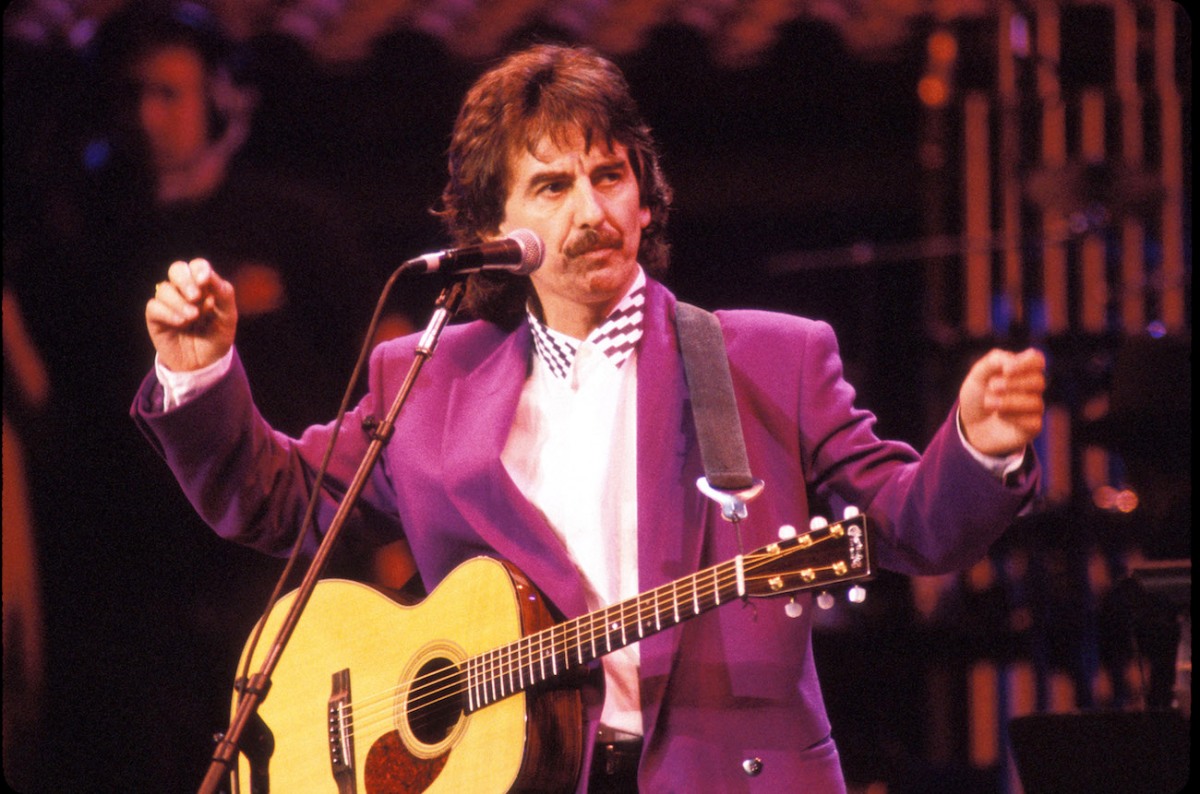 Toward the mid to late 1970s, George realized he didn’t always have to be in the public eye. After an exhausting first four years of his solo career, he started enjoying staying at home more than being a famous musician. George joked that once he left The Beatles, he became a gardener. He also started a family and became even more private.

George said it was selfish of fans who felt cheated when a performer stopped performing. For all of 1977, he never picked up a guitar, “never even thought about it. And I didn’t miss it.” George also stopped making music because of what the record business wanted.

“Well, all of 1977 I didn’t write a song, I didn’t do anything; I was not working at all really… I’d just turned off from the music business altogether,” George explained.

“Everybody else doesn’t notice, because if your past records still get played on the radio, people don’t notice that you’re not really there. But I just got sick of all that… Just sick of the whole thing.”

George said you’d have to have a big ego to keep being in the public eye. As a Beatle, his ego was filled long ago, and he was sick of it. George also didn’t like releasing new music because of what the record companies started expecting of him in the late 1970s.

“I still enjoy writing a tune and enjoy in a way making a record,” he said. “But I hate that whole thing of when you put it out, you become a part of the overall framework of the business. And I was a bit bored with that. If I write a tune and people think it’s nice then that’s fine by me; but I hate having to compete and promote the thing…”

As a private person, George also didn’t like that people wanted a piece of him when he released new music. George said another part of the problem was the charts.

In the late 1970s early 1980s, George was unenthusiastic about releasing new music because he thought the charts were “killing” the actual good music artists were putting out.

During a 1988 interview with The Journal, George said, “Sometimes you can do stuff which isn’t actually bad, but it’s not popular so therefore they say it didn’t get in the top 20s so therefore it was bad,” George explained. “But it actually-I don’t know, I’ve written tunes, which have been better than some of the hits I’ve had, but because they weren’t hits, they write about them as if they were terrible disasters.”

Between 1975 and 1985, George only had five songs chart on the Billboard Hot 100. Only “All Those Years Ago” charted in the top 10 at No. 2. George always liked his more obscure (at least in terms of the charting success he hated) songs. However, there was a deeper reason why his tunes and others failed to chart.

During an interview with Guitar Player, George said the music coming out of the 1980s all sounded the same. That was one of the reasons why George didn’t make an album between 1982’s Gone Troppo and 1987’s Cloud Nine. He felt the record companies wanted the same music.

“I was fed up with the record business, which was partially, I suppose, my own fault because I just got tired of having all of the responsibility and not having somebody else to bounce off of-but also partially because of the way it was going,” George said.

“Personally, I still prefer the old music-late ’50s and early ’60s… But the mass of stuff, it all just sounds the same to me. And the way the record business was; it went through a down period-not just the record business, but everything… everyone was getting fired from labels and the radio stations were playing all the same stuff.

“I just got so sick of it… Just all this marketing thing-how everything has to be a certain way, otherwise you don’t have a chance of getting it on the radio. I got tired of writing songs and making records and then finding out that nobody ever got to hear it-unless I wanted to go and do me video and all that. At that point I just got tired of it-after 20-odd years of doing it.”

The former Beatle also disliked the charts because he wasn’t competitive.

During a 1987 interview, The Today Show asked George how he felt about putting a record into the marketplace. George replied, “Putting it out into the marketplace is always strange for me because I’ve never really been that competitive, you know? You won’t find me in one of your 16-minute videos dancing about shaking my fists. You know I just can’t do that kind of thing.”

All George wanted to do in his haphazard career was release music. If the fans liked it, then he’d continue. All the extra stuff was just a diversion, and it complicated things for his simple way of life. George didn’t really care whether his songs charted. He was only making music to connect with God.