George Harrison said sales of Beatles memorabilia were “ridiculous” and “out of hand.” It boggled the former Beatle’s mind that fans would want old pieces of paper with their autographs on them or even stranger artifacts. 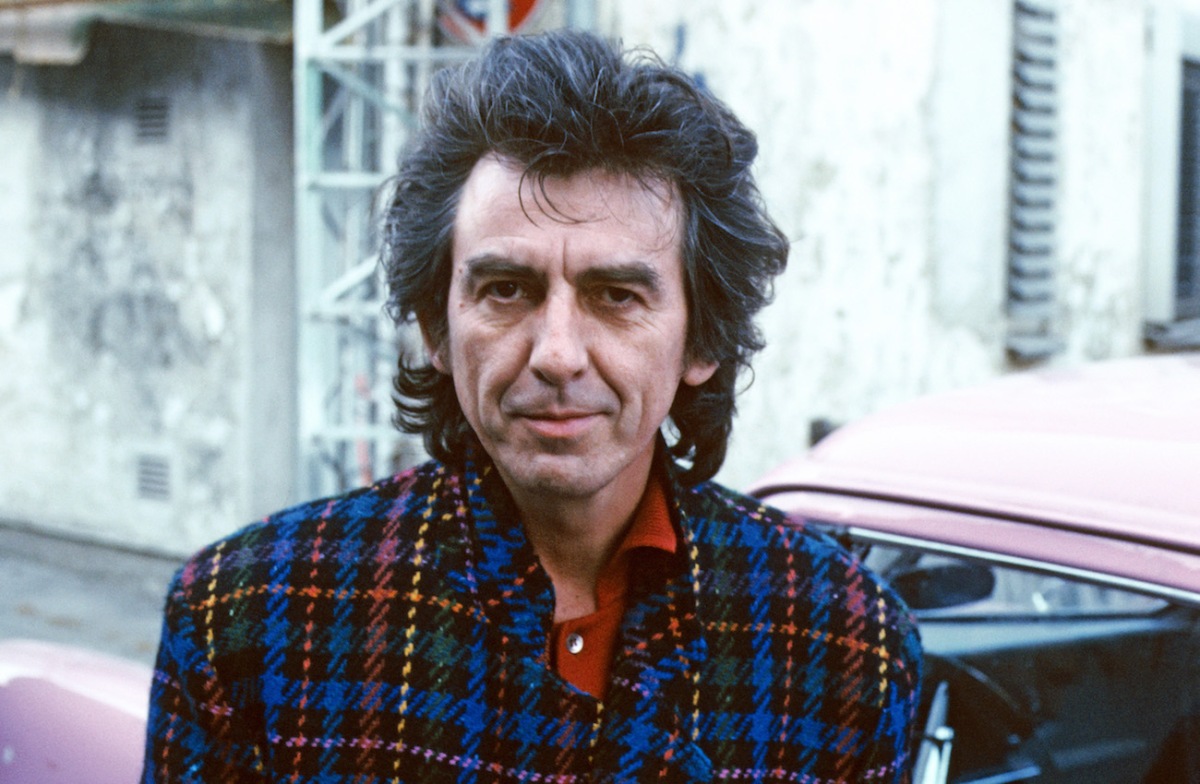 Once Beatlemania exploded around 1963, crafty entrepreneurs sold merchandise with the band’s likenesses without their permission.

In Here Comes The Sun: The Spiritual And Musical Journey Of George Harrison, Joshua M. Greene wrote, “With all that love came a whole lot of money… consumers spent more money on Beatles paraphernalia than could be accurately counted. Life magazine had recently run a cover story declaring, ‘A New $10 Billion Power: the U.S. Teenage Consumer.’

“Baby boomers had become the largest and most influential market force in America, and the Beatles were beneficiaries. Merchandise and paraphernalia—wigs and wallpaper, dolls and figurines, chewing gum and candy, caps and shirts, belts and boots, balloons and buttons, sheets and pillowcases, photographs and pencil sharpeners, toothbrushes, towels, and everything in between—an entire industry of Beatles stuff flooded stores and street corners.

“In 1964, Beatles merchandise in the United States alone generated more than $50 million in sales. In the week following their ‘Ed Sullivan Show’ performance, the band’s records accounted for a major percentage of the entire year’s record industry sales, as they would for years to come.

“As early as their Shea Stadium concert, sales of Beatles records internationally had already surpassed £50 million, nearly $250 million in today’s money. Everything they touched turned to gold.”

However, Beatles memorabilia didn’t just include Beatles toothbrushes and shirts. Some businessmen came up with even craftier merchandise. For example, during The Beatles’ performance at the Hollywood Bowl, management gave them towels to dry their sweat. Somehow, a businessman was able to acquire the towels for $100. He then cut them into thousands of half-inch squares.

The entire lot sold out in less than a day at $5 apiece, earning the businessman more than $100,000 from The Beatles’ body sweat. Memorabilia like that grew in popularity.

Soon businessmen were swiping everything they could get their hands on from The Beatles to sell to eager young fans.

Once The Beatles split in 1970, memorabilia, including various clothing or equipment they used in the recording studio, was snatched somehow and quickly started appearing in auction houses. Decades later, in the 1980s, George said those sales of Beatles memorabilia were “ridiculous.”

During a 1987 interview, a reporter on The Today Show pointed out to George that there was “phenomenal” interest in Beatles memorabilia and that hand-written lyrics from John Lennon recently sold for $22,000.

George said, “It’s ridiculous, yeah. It’s got out of hand, actually, if you ask me. It’s out of hand. There’s Sotheby’s and Christie’s and Phillips in London, who like they have a sale like every month; one of them seems to be having a sale of all this stuff.”

According to the guitarist, some things sold at Christie’s or Sotheby’s might not be authentic. George said that some Beatles memorabilia is “phony.”

“A lot of it is stolen property or stuff that disappeared, and a lot of its phony,” he told the reporter on The Today Show. “I mean, they sell-there’s some autographs and stuff which we signed on airplanes and things like that, but there’s a lot of autographs which our road managers used to sign.

“Used to sit there with all these pictures, and they learned how to do all our autographs, and they used to do them because otherwise, we’d be doing them all our lives, and so there’s a lot of our road managers autographs, which actually they’re probably worth more than the real Beatle autographs. But there’s a lot of junk in there, but they’re selling it.”

George said he was “sort of” surprised by people’s interest in Beatles memorabilia. “A bit, but it’s been going on now for a few years. I get a little bit annoyed by it because, I mean, I could really clean up in that game. I suppose it’s nice in a way that if ever we were short of cash, we could sell up and go on holiday.

“I’ve got lots of bits of paper that everybody wrote on. I’ve got all kinds of things; Paul’s underpants from the Shea Stadium. Very cheap, $60,000.”

Auction houses haven’t stopped selling Beatles memorabilia. Things that haven’t yet made it to the auction are aging like fine wine. In April 2022, Paul McCartney’s hand-written lyrics for “Maxwell’s Silver Hammer” had a starting bid of $450,000 (per TMZ). They were on the market in 2006 and sold for $192,000.

Sales like that are never going to stop. Memorabilia will be on the market constantly, and people will continue to profit from The Beatles.