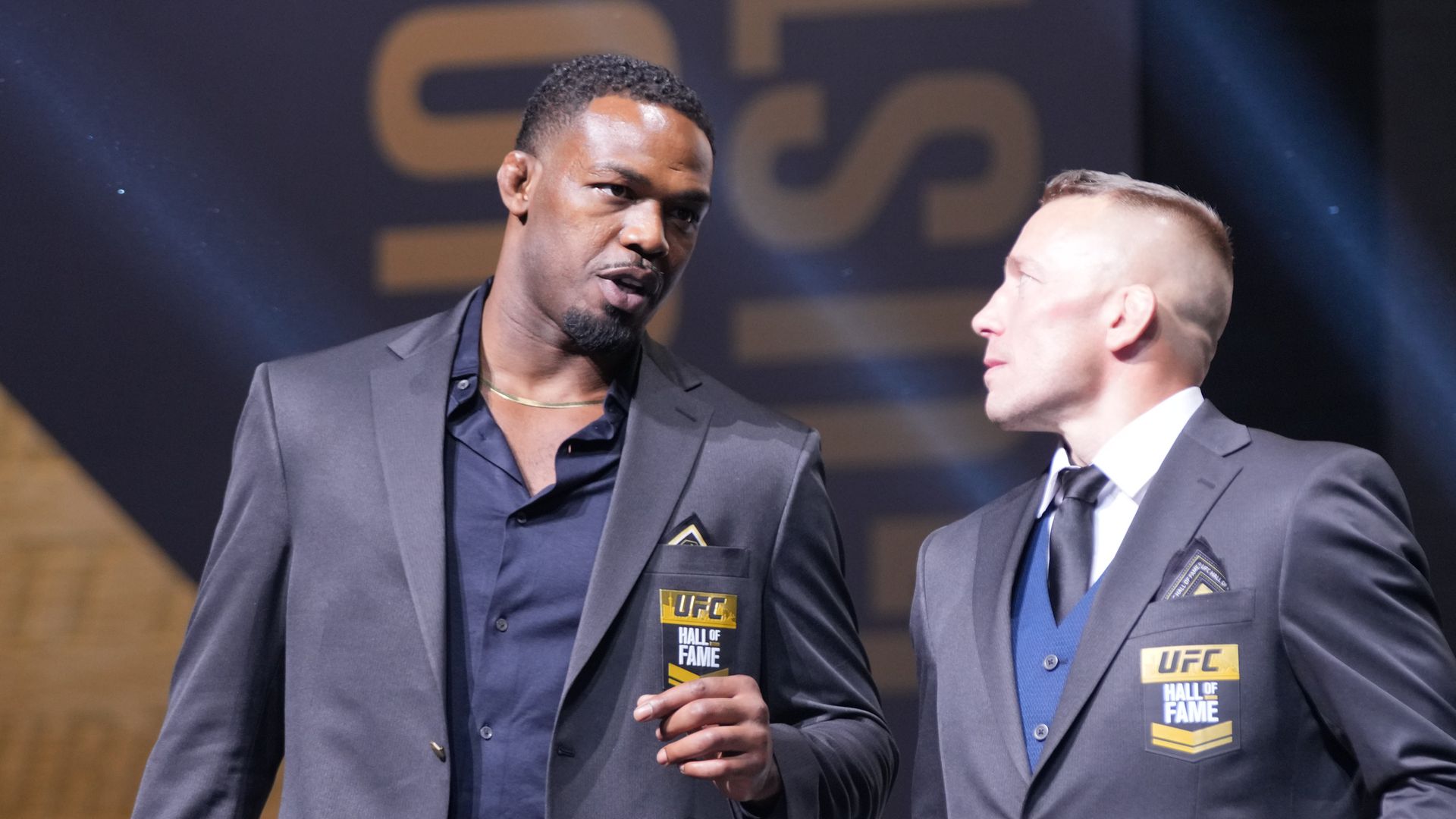 Georges St-Pierre is a believer in Jon Jones’ heavyweight experiment.

“And it looked like he put the weight at the right place. I can’t wait. I’m a fan of Jon Jones, I like to see him fight. I can’t wait to see him come back. A lot of people are like, ‘Yeah, he was out for a long time.’ He was out for a long time, but he’s Jon Jones, you know what I mean? Don’t forget that he’s Jon Jones. He’s arguably the best fighter of all-time too. He can make a comeback and I think he’s going to be successful when he does.”

St-Pierre and Jones are widely considered to be two of the greatest fighters to ever compete. The two reigned over their respective UFC divisions for years, with St-Pierre racking up nine consecutive defenses of his welterweight title from 2007-13 and Jones putting together 11 defenses of his light heavyweight belt over two reigns from 2011-20.

Jones, 35, has been inactive since vacating his 205-pound title in Feb. 2020, having spent the time gradually bulking up in preparation for a long-awaited move to the heavyweight division. UFC officials targeted his return for December at UFC 282, either in a heavyweight title bout against Francis Ngannou or in an interim title bout against former two-time champion Stipe Miocic, and of late, “Bones” has publicly campaigned for Miocic to agree to terms on a potential UFC 282 showdown, stressing that he is “ready to compete.”

St-Pierre is no stranger to moving up in weight to challenge for a second belt after a long layoff. The UFC Hall of Famer memorably returned from a four-year hiatus in 2017 to submit Michael Bisping and capture the UFC middleweight title at UFC 217.

St-Pierre suffered through subsequent health problems as a result of his move up to the heavier weight class, but he suspects Jones has handled the transition more gracefully.

“I’ve done it the wrong way,” St-Pierre said. “I’ve tried to put on weight. I prepared myself a long time, I tried to eat and put on weight, but with the stress [on my body] it creates problems. If I would have to do it again, if I could come back and tell a younger Georges before he tried to put on weight, I would’ve told him to just stay the way [you were] at your natural weight, because you’re not going to have any health issues and you will perform even probably better. But certain guys have different abilities.

“I have a hard time putting on weight, that’s the way my body is; some guys, they can put on weight easier, depending on if you’re an endomorph, mesomorph, ectomorph. A lot of guys have different tools, different ways of doing it, and it’s easier for them.”