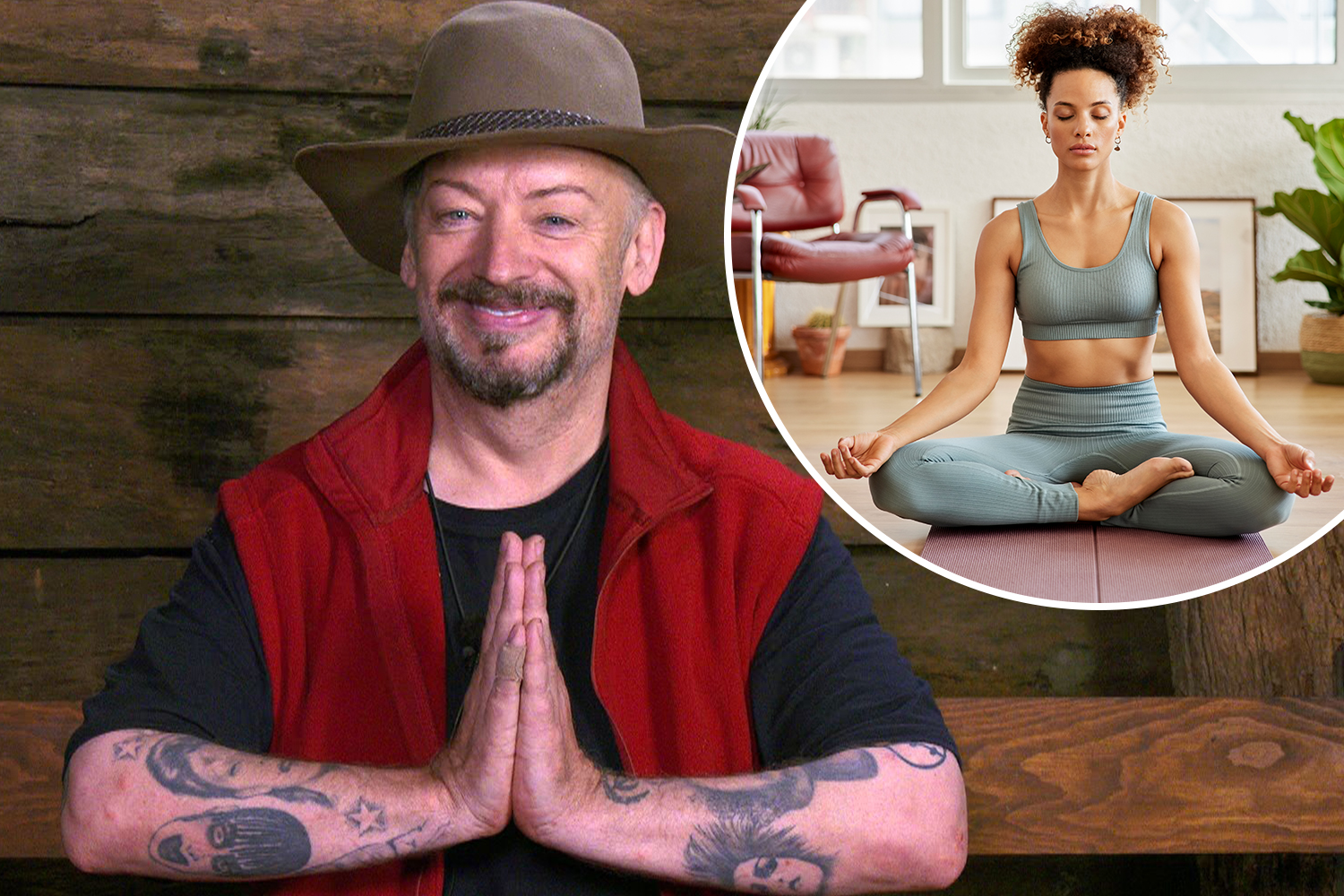 WITH his face-tapping, chanting and vocal acrobatics, Boy George has made meditation mainstream.

The Culture Club singer has been using the practice during his stint on I’m A Celeb to help him deal with the stresses and strains of the jungle. 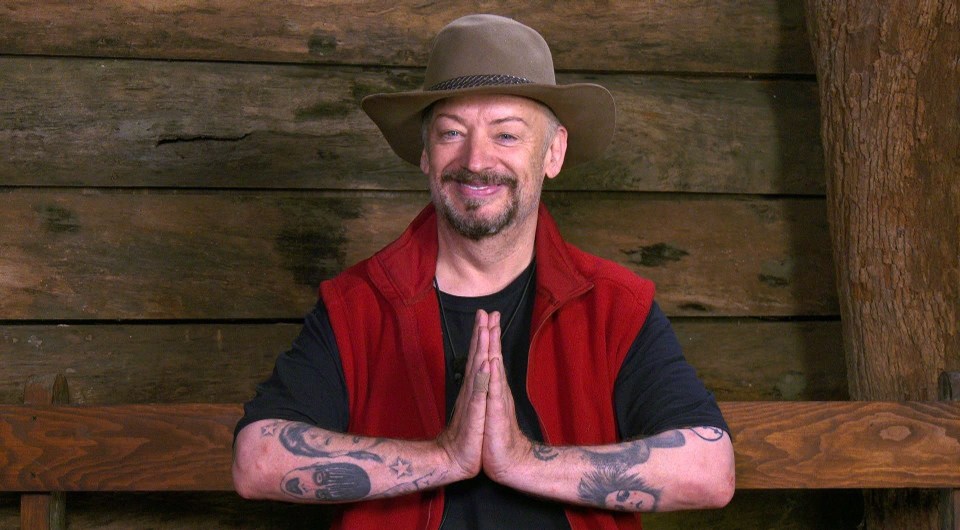 Boy George has been using the practice of meditation during his stint on I'm A CelebCredit: Rex An increasing number of people are also discovering the healing ­benefits of meditationCredit: Getty

Ahead of entering the camp, the 61-year-old said: “I’m going to obviously do yoga and I chant . . . So I can hopefully find a space where I can do that because I think that will keep me more sane.”

But he’s far from alone — an increasing number of people are also discovering the healing ­benefits of meditation.

David Lloyd Clubs have seen a rise in the number of members attending meditation classes, including a 20 per cent increase among under 45s.

And Calm, a meditation app, now has 100million downloads and four million subscribers.

David Lloyd Clubs have a blended class called Spirit, which combines yoga, Pilates and meditation for the full mind and body experience.

“During Covid people had time to prioritise their mental health. Now with the cost-of-living crisis and everything going on in the world, people are juggling a lot.

“They need to find a way of clearing their mind, hitting the reset the button. Meditation comes in many forms but it can do just that. It’s becoming increasing popular.”

Meditation — an ancient practice believed to have originated in India thousands of years ago — has been proven to boost the immune system and help stress.

Studies have shown it can lengthen attention spans, control pain, lead to better sleep, lower blood pressure and even reduce the risk of dementia.

“It has so many health benefits,” Tina says. “It increases energy, boosts mood, eases depression and anxiety. I often talk about brain fog, that feeling when you can’t concentrate. Meditation sharpens the mind.

“I often use the analogy of looking at the clouds in the sky. Look in the sky and see those clouds. It’s not that they’re not there anymore, but you can acknowledge them and let them pass by.

“A big misconception is that meditation is about blocking everything out. It’s not. It’s sorting through those thoughts so you can focus on the task in hand.”

Here Tina shares her top tips on how to get started:

START SMALL: Some of our David Lloyd app classes include five minutes of meditation which is a great way of ­getting started.
If you need a more active style, David Lloyd Clubs offer Spirit.

Research has shown doing meditation for as little as three minutes can improve health.

ANYONE CAN DO IT: Anyone can practise meditation. You may need to try a few times before you get used to it. It’s like riding a bike. It requires a little bit of effort and a lot of conviction.

There are many spiritual styles or you may want to begin with movement such as yoga. Most require attention to your breath — use it to focus your energy.

Don’t give up because you don’t like one style.

MAKE IT A HABIT: It doesn’t matter whether you want to do it in the morning, noon or night.

What matters is consistency. Ideally, you’ll meditate a few times a week because the more you practise the better.

Try it after showering or when you brush your teeth. Any time you feel overwhelmed, take a break and meditate rather than trying to push through.

FIND A SAFE SPACE: It’s a big misconception you have to lie down. You can sit or stand, whatever you find most comfortable. Do it somewhere you feel comfortable and with minimal distractions.

NOTICE WHEN YOUR MIND ­WANDERS: We all have so many thoughts in our heads and inevitably, your attention will leave your breath and wander to other places.

When you notice this has happened, just return your attention to your breath. Don’t judge yourself.

It leaves me much karma 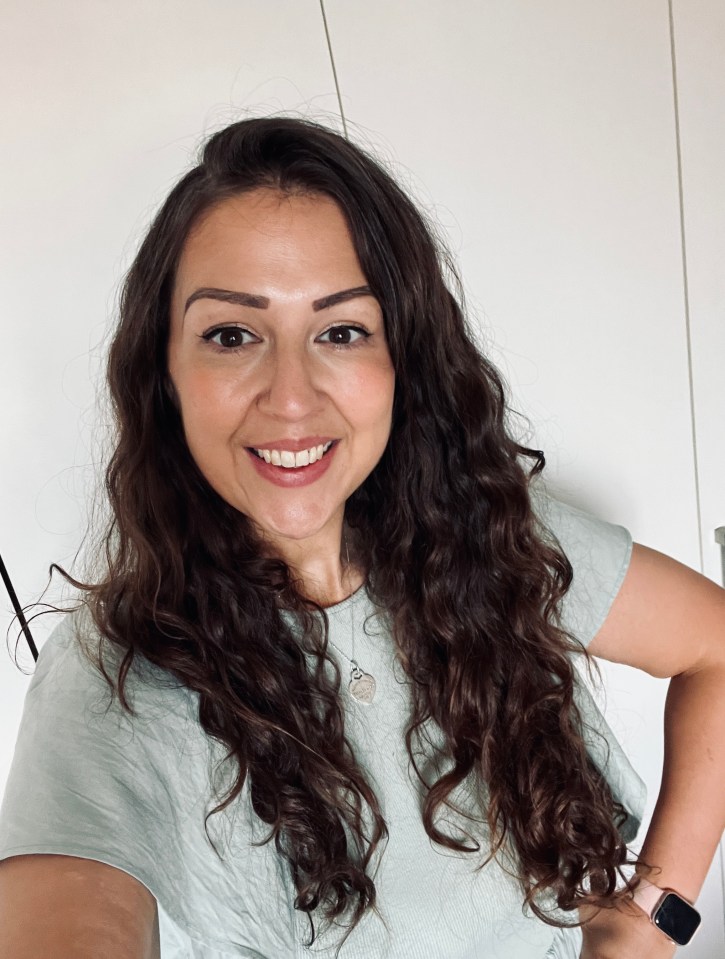 CEO and mother-of-two Natalie Bamford decided to try meditation after listening to a podcast about itCredit: SUPPLIED

NATALIE Bamford, 38, is CEO of a corporate gift company. She lives in Derby with husband Adam, 36, and daughters Lola, 15, and Poppy, five. She says:

“I decided to try meditation after listening to a podcast about it.
Running a business and with two children to care for, my life had become quite stressful. I wasn’t sleeping well and I was determined to give it a go.

“I found it beneficial immediately and now it’s become part of my routine.

“I did a bit of research beforehand and settled upon the Calm app, which has loads of guided meditation.

“Some are only five or ten minutes long and are perfect – I didn’t want anything that took hours.

“I listened before bed and it has helped massively with my sleep troubles.

“It makes me feel calmer and clears my mind before bed. All the worries about things I may have forgotten to do, which are not helpful before sleep, went away.

“It was such a success I started meditating in the morning as well and that has been a game- changer.

“I’ve felt more positive, calmer and organised. Sometimes in the day if I start to feel a bit overwhelmed, I’ll take five minutes to listen to a guided meditation.

“Poppy has been getting involved too. We get up about 6am and do a ten-minute yoga session and a short meditation.

“It helps in other situations too. If she gets upset I encourage her to take deep breaths to calm her. I’d recommend anyone try it. It only takes a few minutes but the7 benefits I’ve seen are huge.”