GULLANE, UNITED KINGDOM (AFP) – Chun In-gee carded a second round 66 at the Women’s British Open at Muirfield on Friday (Aug 5) as the Korean set her sights on a second major of the season.

On eight under par, Chun led by a shot from South Africa’s Ashleigh Buhai and Sweden’s Madelene Sagstrom, who both shot 65, and by two from seven-time major winner, Park In-bee (67).

Chun had six birdies and a bogey and made a great par at the last. She drove into a bunker but hit her third to five feet to snatch the halfway lead.

“Links golf is a all about manufacturing a score,” said the 27-year-old, who won this season’s Women’s PGA Championship – her third major following wins at the 2015 US Women’s Open and 2016 Evian Championship.

“This has already been a good season. I was so pleased to win my third major and now I have another chance. My goal tomorrow is to have a bogey free round.”

Buhai looked set to join Chun at the top after covering 17 holes in a flawless seven under par, but she dropped her only shot of the day at the 18th after finding a bunker with her second shot.

In the end, she had to hole a tricky five footer for bogey.

“I was disappointed to finish with a dropped shot, but I am super chuffed with the round,” said the 33-year-old, who won the first of three South African Amateur Championships when she was just 14.

“I was very patient and am extremely pleased to be in this position.

“Links golf is all about thinking you’re way round. I love it here. The British Open is always my favourite event of the year.”

Buhai led at halfway in the same event at Woburn three years ago before going on to finish fifth.

Sagstrom finished joint second at Carnoustie a year ago, and she has grown to love links golf.

“I first came over for British Amateur Championships and it was hate at first sight,” she admitted.

“It’s taken me a while, but at last I seem to have figured it out. The funny bounces, taking the good with the bad.” 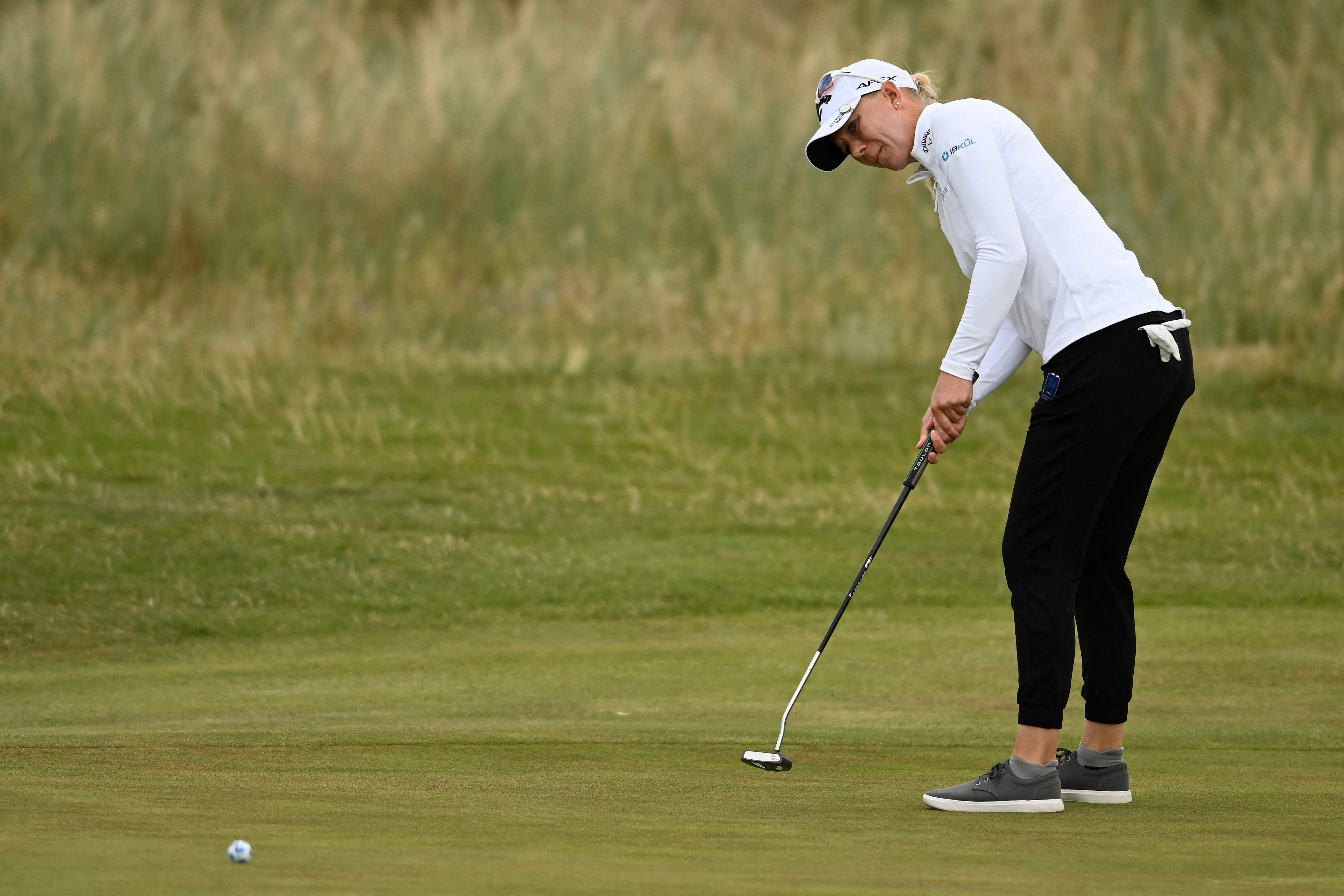 Sweden's Madelene Sagstrom plays from the 10th green on the second day of the 2022 Women's British Open. PHOTO: AFP

Park knows all about winning majors. The former world number one has seven to her name, but none since the 2015 Women’s Open at Turnberry.

At 34, the Korean knows that retirement is not too far away.

“I think winning here would be a very good way say farewell,” she admitted.

“But I still think I’ve got some good golf left in me. It’s definitely one of my dreams to win it again.”

The cut fell on three over par and two major casualties were defending champion Anna Nordqvist, who shot 72 for four over, and Korea’s world number one Ko Jin-young, who had a 71 for five over.

But a dangerous threat lurking on four under and in a tie for seventh is the world number two and reigning US Women’s Open Champion, Minjee Lee.

The Australian shot 70 and is well placed to pounce over the weekend.

Forgotten Aston Villa man Bertrand Traore is attracting interest from Istanbul Basaksehir, with Steven Gerrard still willing to listen to offers for several of his players


View more: Fulham speak to Brighton over a £15m deal for forward Neal Maupay as the Cottagers look finalise the signing of Justin Kluivert from Roma on loan


View more: Dele Alli close to completing move to Besiktas from Everton, with Turkish club hoping to secure deal in time for him to be at their next match on Sunday

HOUSTON – On Sunday, about a dozen charter buses carrying families and community leaders from Uvalde pulled up to Minute Maid Park to watch the Astros in action. “It’s my first time, and I’ve been a big fan for a long time,” Former Robb Elementary Principal Mandy Gutierrez said. ...


View more: From one England captain to another! Harry Kane names John Terry as one of the toughest defenders he's played against in Instagram Q&A to celebrate 10 years since his Premier League debut

Gianluca Scamacca has been backed to score ‘plenty more’ after opening his West Ham account as the Hammers began their latest European campaign with a 3-1 win over Danish club Viborg. Italy striker Scamacca, David Moyes’ marquee summer signing from Sassuolo, netted a first-half header on his full debut in ...


View more: Barcelona striker Robert Lewandowski has his €70,000 watch STOLEN outside their training ground... with the 33-year-old attempting to chase after the thief himself  following the incident

Leicester begin talks with 'outstanding' James Maddison over new contract at the King Power Stadium... after heavy interest in the midfield star from Newcastle throughout the summer

England's Stuart Broad: We've got a genuine feeling we're still in this game

Pakistan cruise to seven-wicket win as Dutch crash in Rotterdam

Mike Dean: I made mistake over hair-pull in Tottenham and Chelsea game