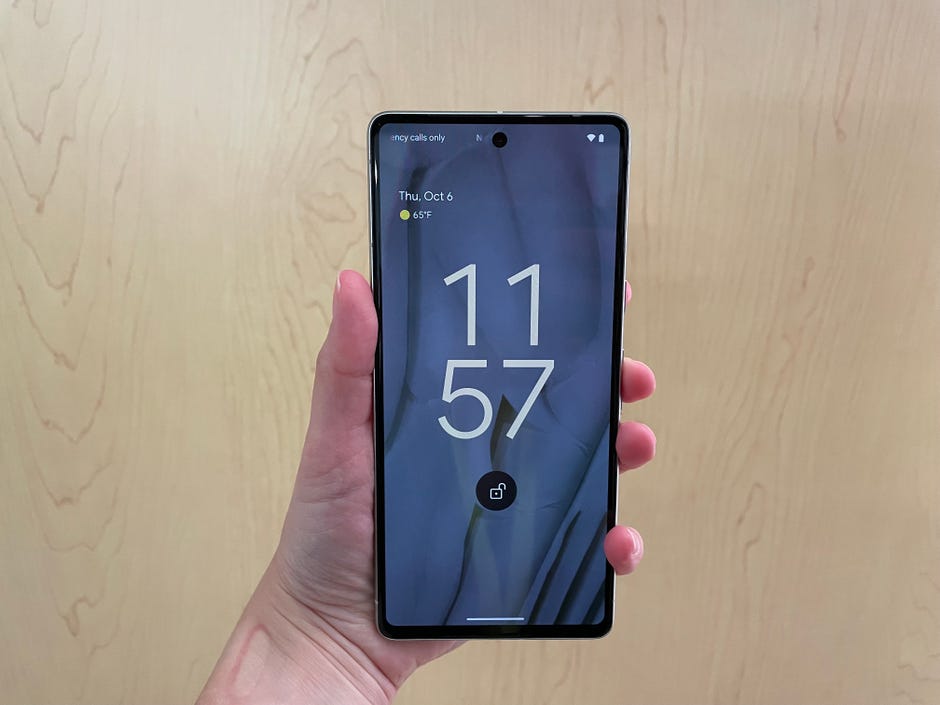 Google’s new $599 (£599, AU$999) Pixel 7, announced at Thursday’s Made by Google event, is the latest flagship phone from the company meant to compete against established phone leaders like Apple’s iPhone 14 and Samsung’s Galaxy S22.

New to the Pixel 7 is the Tensor G2 processor, a camera with improved zoom, face unlock and a slightly updated design. Google’s also maintaining the $599 price held by last year’s Pixel 6, which undercuts the $799 iPhone 14 and the $800 Galaxy S22 by $200. Although the price differential is the same as last year, it’s arguably more meaningful this year as shoppers contend with fast-rising prices and a possible global recession.

But even with that price advantage, Samsung and Apple’s offerings include plenty of features that may feel like it’s worth the price increase. For instance, Samsung’s Galaxy S22 has a fancy telephoto camera for capturing faraway objects, which isn’t available on the Pixel 7 — you have to spend up for the $899 Pixel 7 Pro to get that sweet optical zoom. Samsung is also offering four years of software updates on the Galaxy S22, while the Pixel 7 will get three years of software updates.

Meanwhile, the iPhone 14 debuted a variety of safety features like car-crash detection (which debuted on Pixel phones years ago) and support for satellite-based emergency messaging. Apple’s phones also get several years of software updates, with the iPhone 8 and iPhone X from 2017 receiving this year’s iOS 16 update.

For a more granular look at how Google’s Pixel 7 stacks up against the iPhone 14 and Galaxy S22, take a look at CNET’s specs chart below. 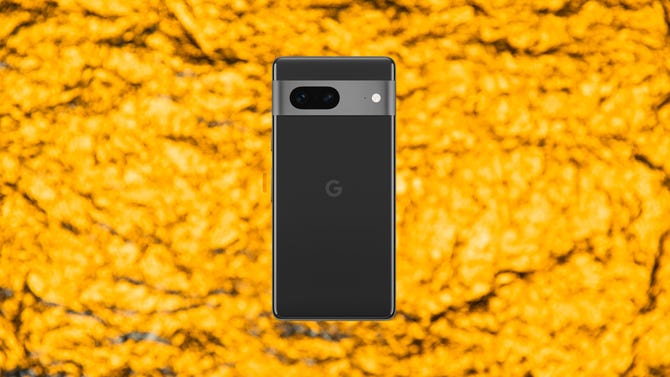 Google’s latest flagship phones are now available to preorder. The Pixel 7 starts at $599 and will be released on Oct. 13. Get up to $750 off with trade-in and $200 in Google Store credit. 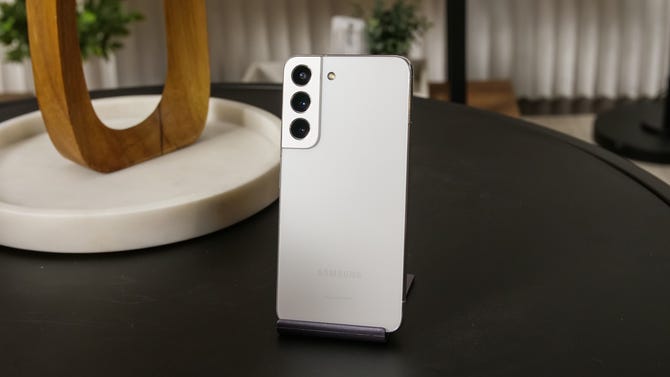 The Samsung Galaxy S22 returns to the flat screens of the Galaxy S7. The regular Galaxy S22 is the smallest of the bunch, with a 6.1-inch screen, but is powered by the the Qualcomm Snapdragon 8 Gen 1. It’s a proper beast even if it is diminutive compared to its bigger brothers.

Forget Your Apple Login? Here Are 5 Easy Ways to Reset Your Password

Apple speeds up plans to move iPhone production out of China

Elon Musk Reveals that Apple Has Resumed Advertising on Twitter

These stocking stuffer ideas are all under $20. AppleInsider may earn an affiliate commission on purchases made through links on our site. With the holidays fast approaching, here are some great value gifts for Mac users that you can purchase for $20 or less. The end of 2022 is coming ...

Should Apple have licensed Mac OS back in the early 1990s? Photo: Thomas Hawk/Flickr CC December 4, 1992: Apple engineers demonstrate a “proof of concept” of the Mac operating system running on an Intel computer. More than a decade before Macs will switch to Intel processors, the astonishing feat ...

Apple AirPods are discounted at Amazon. AppleInsider may earn an affiliate commission on purchases made through links on our site. Amazon’s AirPods deals deliver the best prices this weekend, with AirPods Pro 2 back on sale for $199.99 and AirPods Max getting a new $110 discount. Black Friday pricing has ...

Think Outside the Wallet: 5 Unexpected Places to Put Your Apple AirTags

Go beyond putting the AirTag on your keychain, wallet or phone with these helpful recommendations.


View more: Think Outside the Wallet: 5 Unexpected Places to Put Your Apple AirTags

Much-rumored headset likely won't ship in previously expected volume until the second half of 2023, a noted Apple analyst reports.

7 Awesome Google Drive Features You May Not Know About

Apple reportedly accelerated plans to shift production out of China

Kuo: Apple Headset Shipments Potentially Delayed Until Second Half of 2023

How to use the Apple Watch Compass app

Samsung One UI 5.1 update: When is it coming, which devices will get it?

Apple Makes Plans to Move Production Out of China

Apple is accelerating plans to move production out of China as protests and riots intensify in response to zero-Covid policies, report says

If You Invested $1,000 In Apple Stock When Tim Cook Became CEO, Here's How Much You'd Have Today

Use this app to watch nearly any streaming service on Mac

How to Get Your Spotify Wrapped for 2022

Grab a New Apple MagSafe Charger for $30 -- Today Only