Bank bosses did not call in the anti-fraud squad until after almost all Covid loans had already been handed out, it can be revealed.

An estimated £1.1billion of taxpayer cash was lost to fraud and error from an emergency help scheme for small firms.

Now it has emerged that officials from the government-owned British Business Bank (BBB) did not hold any formal meetings with crime agencies until four months after the cash started to be handed out.

Government-backed loans of up to £50,000 were handed out from May 2020 as part of the bounce back loans scheme, which was announced by Rishi Sunak.

But the BBB, which was responsible for overseeing the scheme, admitted it only began holding formal meetings with the National Investigation Service (NATIS) and the National Crime Agency (NCA) on 16 September 2020.

By that time 80% of the £47billion handed out in loans had already gone out. 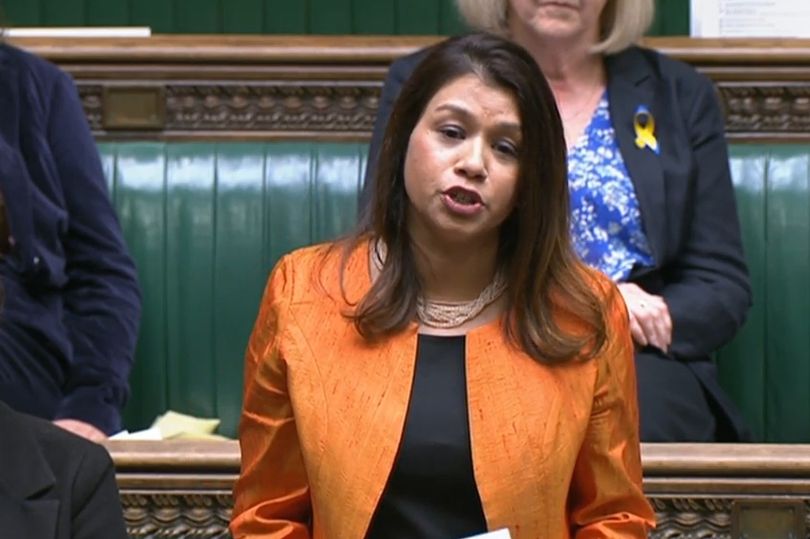 Labour ’s Tulip Siddiq last night said it “should be a source of enduring shame” to Mr Sunak that so much taxpayers’ money had ended up “in the hands of criminals and gangs” during his time as chancellor.

An estimated £6.7billion was lost to fraud and error across all the Covid schemes for businesses and individuals.

The Shadow City Minister added: “The most basic standards we expect from those running the country were sorely lacking.

“Coming on top of billions spent on crony contracts and billions more on unusable PPE, any claim the Conservatives have to being careful stewards of the public finances is gone.

“Labour will treat public money with the care and respect it deserves.”

The British Business Bank last night said its officials had held discussions on fraud as part of roundtables with crime agencies before the formal meetings began in September 2020.

A National Audit Office report last year found the government had “failed to put adequate fraud prevention measures in place” on the bounce back loans scheme.

The waste watchdog said that when steps were eventually taken they “came too late”, adding: “It is better to prevent fraud than to seek to recover funds later.”

The government said it had not written off any of the money that had been claimed fraudulently.

Heavens above! Anger erupts over plans to install solar panels on roof of King's College Chapel in Cambridge

Trump speaks out on Tyre Nichols killing: ‘Never should have happened’

Video: 'He's giving me mad ick!' Love Island's Zara and Tom call time on their romance after she burst into tears when he said Olivia has the best face in the villa during truth and dare game

What Rishi Sunak can learn from the General Strike of 1926: Almost a century ago, Britain was crippled by the most dramatic industrial showdown in its history. With more walkouts on the way, the Tories would do well to heed the lessons of the past

'Can I breathe yet?' Happy Valley fans react as Tommy Lee Royce finally reveals his plans and confirms he has 'unfinished business' in Halifax during anxiety-inducing penultimate episode

Terrified Scots passengers were forced to flee a bus before it went up in flames on a busy road. Emergency services raced to the A90 just outside Brechin, Angus at around 5pm tonight after reports of the fire onboard the Mega Bus. Passengers said they were evacuated as firefighters battles ...


View more: Horror as terrified Scots passengers 'flee' bus moments before it goes up in flames

The renovation and development of a former public house has led to the discovery of an interesting past as well investment in the building’s future. The Red Lion pub in Bottesford had been lying empty for at least five years but a year and a half ago Elms Developments bought ...


View more: Luxury homes built on historic pub site unearths window to the past as well as promising future


View more: Apartment building inferno tragedy as at least one person is killed after 'resident set his OWN unit alight' - as firefighters drag residents from burning complex

A community is rallying around the heartbroken family of a little boy who choked to death on a piece of fruit. Tributes are being paid to Joshua Odonkor, two, who died on Wednesday at his home in Skibbereen, Co Cork. Emergency services were called to the family home in a ...

Marc Anthony Marc Anthony and Nadia Ferreira are married. The You Sang to Me hitmaker confirmed he was dating Miss Universe Paraguay in early 2022, with the pair getting engaged last May. And on Saturday, Marc and Nadia tied the knot at the Pérez Art Museum in Miami, Florida ...

How London's eco-obsessed mayor is threatening to drive white van man off the road: Sadiq Khan wants to extend Ultra Low Emission Zone across the entirety of the capital. But it could leave drivers of older cars facing a ruinous £3,000 a year bill

Sadiq Khan's ULEZ has forced 50-year-old printing firm to go out of business From August eco-zone will expand to all of London's 32 borough, costing £12.50  ULEZ extension will cripple tradesmen forcing countless businesses to close


View more: How London's eco-obsessed mayor is threatening to drive white van man off the road: Sadiq Khan wants to extend Ultra Low Emission Zone across the entirety of the capital. But it could leave drivers of older cars facing a ruinous £3,000 a year bill

Model, 29, vows to prove you can still be 'sexy' after double mastectomy by returning to work in front of the camera just five months later

Jade Power was told there was a 71 per cent chance of her getting breast cancer She is planning her return and will not be shying away from underwear shootsREAD MORE: How Covid NHS delays have left women waiting TWO YEARS for breast reconstruction surgery after having a mastectomy


View more: Model, 29, vows to prove you can still be 'sexy' after double mastectomy by returning to work in front of the camera just five months later

Anthony Gordon completed his £40m move from Everton to Tyneside and declared: “I was always convinced Newcastle were for me.” The 21-year-old has signed what Newcastle described as a “long-term” deal after months of speculation surrounding the Everton forward who was linked with a move to Chelsea in the summer. ...

Who is Love Island star Tanyel? Meet the ‘funny, loud and charismatic’ hair stylist from London

Mother-of-two, 38, from London drowned while swimming with her daughters during trip to Mexican beach, inquest hears

Shazam star Zachary Levi, 42, is slammed online for tweets agreeing that COVID vaccine-maker Pfizer is a 'danger to the world' - just one month before $100m superhero sequel is released

Avatar: The Way Of Water is number one at the box office AGAIN as it becomes 11th highest grossing domestic film, but Billie Eilish doc and Indian thriller make impressive debuts

Prince Andrew's bid for return to public life after Jeffrey Epstein scandal is no more than 'wishful thinking' and his hopes for a way back are 'way off the mark', source says

'I'm f***ing rich, you broke b****': Joey Bosa gets into FURIOUS argument with Eagles fans before watching brother Nick play for 49ers... as Chargers star bites back at hecklers before being led away by friends

Florida nursing schools are caught selling 7,600 fake diplomas in fraud scheme that allowed students to bypass licensing training: Cops arrest 25 people in plot as authorities warn there could be THOUSANDS of healthcare workers with bogus credentials

Shh! Anti-agers no one but you need know about: Will anything banish my menopause spots and wrinkles?

CHRIS FOY: England seem ready to stop being so uptight after Owen Farrell and Steve Borthwick were open and engaging at Six Nations launch - with captain revealing one of his son’s wears an Ireland shirt with grandad Andy their coach!

Happy Valley: How do Tommy Lee Royce and Darius Knezevic know each other?

The doctor said: 'You’ve got MND, there's not a lot we can do…' I was dumbstruck: MARCUS STEWART, whose goals fired Ipswich into Europe 22 years ago, on facing up to the fight of his life aged 50

'I cry in front of players - so what?': Derby boss Paul Warne reflects on becoming more emotional following his father's death... and continuing the Rams' revival ahead of their FA Cup clash with West Ham

'My heart hurts..that was not their momma that night:' Friends of Massachusetts mom who strangled her three young kids to death battled 'serious demons' with postpartum psychosis - as midwife colleagues band together to support her

Just how has 'Teflon' Ant McPartlin survived a string of scandals to sign a new £30m TV deal? As he and Declan Donnelly are given golden handcuffs, talk of his previous scrapes at ITV is as good as banned, writes KATIE HIND

How to dress like a grown up with Shane Watson: Make a splash in this season’s crop boots

Once frumpy, now the height of fashion! All hail the return of the bodywarmer - Gilets come in from the cold

When are Pancake Day, Easter, and school holidays in 2023 in the UK

'One in six police are corrupt' says ex-gangster Kenneth Noye

Cruel animal abusers banned from having pets after horrific neglect

How to recession proof your relationship! Our marriages come under as much pressure as our bank accounts during a cost-of-living crisis. Top counsellor Francine Kaye details how you can save yourselves from financial and emotional ruin

Unions are peddling 'nonsense' figures to back up their claims for pay rises, MPs say

Are booze-free tipples really as healthy as you think?

'Thanks for trying to save my girl': Mother of stabbed 15-year-old praises the teenager's new boyfriend, 16, for attempting to protect 'my baby' from attacker

'Why are we not surprised?': Love Island fans fume as Ron has his head turned from partner Lana AGAIN - dubbing new bombshell Samie '100% my type'

Video: Annie Wersching dies aged 45: Actress best known for her roles in 24, Bosch, Timeless and hit video game The Last of Us passes away after two-year battle with cancer