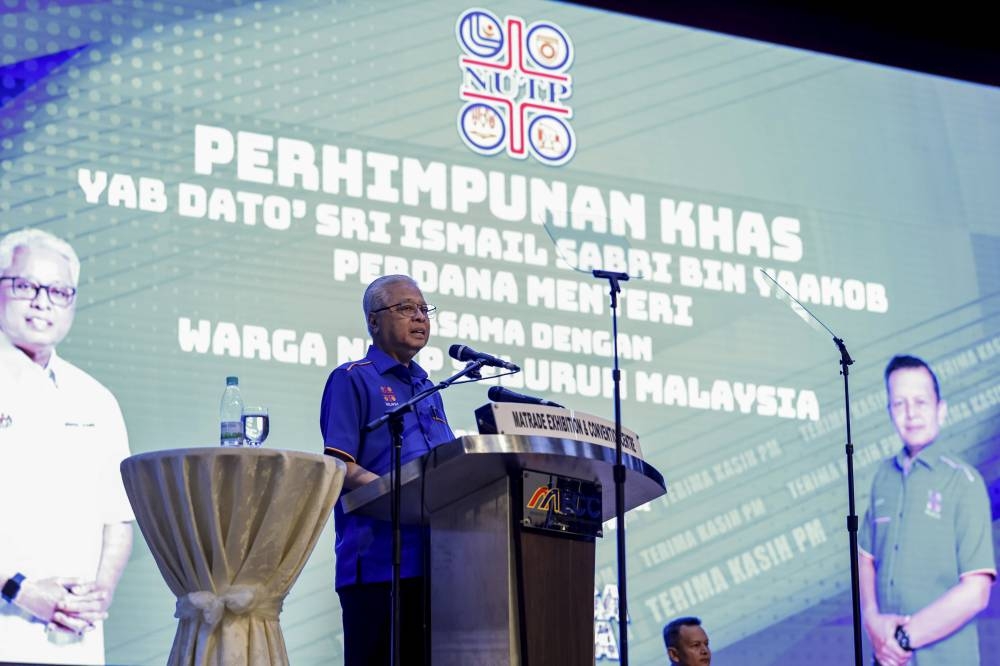 Ismail Sabri said this when addressing members of the National Union of the Teaching Profession (NUTP) during a special assembly with the prime minister here today. – Bernama Photo

The move, he said, would benefit 2,047 education service officers nationwide.

He said headmasters on Grade DG48 (personal to holder) also would no longer have to drop to senior assistants or ordinary teachers in primary schools once they have been promoted to Grades DG52 and DG54 on a time-based excellence basis.

“This will upgrade the substantive grades for the posts of headmaster and senior assistant teacher, as well as enable those who have been promoted to a higher grade to remain in that position until Grade DG54,” he said.

Ismail Sabri said this when addressing members of the National Union of the Teaching Profession (NUTP) during a special assembly with the prime minister here today.

The media had earlier reported that about 200 headmasters in Peninsular Malaysia who would be promoted to DG52 within a two-year period were worried about their fate as they might be ‘demoted’ by going back to serve as ordinary teachers in primary schools.

The Prime Minister said the issue of the grade for headmasters in primary schools only limited to Grade DG48 and senior assistants to Grade 44 was among issues raised by NUTP to him.

Ismail Sabri said the Education Ministry was also studying the staffing structure of headmasters and senior assistants in primary schools through the proposed School Model with the setting of flexi grades up to DG54 to safeguard the position of school administrators, while maintaining harmony among the school staff.

He said senior assistants who had been promoted to a higher grade could also remain in that post until Grade DG54.

The Prime Minister also announced that the career path of Outstanding Teachers in primary schools will also be extended up to Grades DG52 and DG54 as 90.68 percent of primary school teachers were now graduate teachers.

In thanking the teachers for their commitment, especially during the COVID-19 pandemic, Ismail Sabri gave the assurance that the government would always look into their plight.

“The government greatly appreciates the sacrifices of all teachers…without teachers, I would not be here, in front of the NUTP members today. Well done and congratulations!,” he said.

The government, he said, was also making efforts to address various issues plaguing the country’s education, such as school maintenance and security, allowance of senior assistants that need to be reviewed and the shortage of teachers.

He said the government was also concerned about the issue of dilapidated schools in Sabah and Sarawak and it would be given serious attention in the 2023 Budget which will be tabled this Friday.

The government, he said, was also aware of the need for the latest ICT facilities by about five million students in 10,250 schools in line with current technological developments.

“The country’s future is in the hands of the young generation who receive their education from teachers who are shouldered with the responsibility to produce Malaysians who are creative, innovative and able to compete on the world stage.

“Therefore, I hope that the teachers will continue to play their role effectively, despite facing the various challenges, which sometimes make them (teachers) tired and disappointed, as if their efforts are not supported and appreciated,” he said.

The prime minister also called on parents to always cooperate with teachers and the school, who strived to ensure their children excel academically and also in co-curricular activities.

“Parents should use the proper channel to resolve any problems that arise, thereby helping to raise the morale and motivation of teachers in carrying out their duties and responsibilities,” he added. – BERNAMA